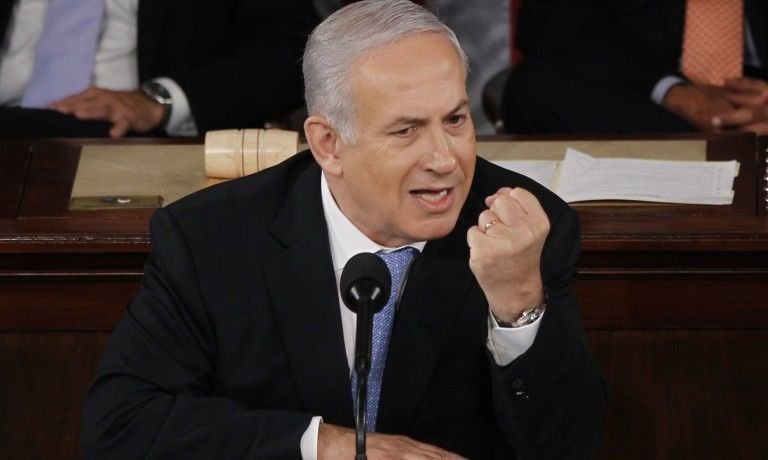 || By FITSNEWS ||  At the invitation of fiscally liberal “Republican” Speaker John Boehner, Israeli prime minister Benjamin “Bibi” Netanyahu is in the United States this week to deliver an address to a joint session of the U.S. Congress.

Less that three months after his country got $3.6 billion from U.S. taxpayers (part of this boondoggle), Netanyahu is coming in town to speak his mind on the pressing issues of the day.

Let’s revisit some of his previous remarks, shall we?

Nearly two decades ago, “Bibi” addressed another joint session of Congress – boldly declaring that the days of the U.S. government propping up his government were drawing to a close.

Fifty-five percent of America’s “foreign military financing” currently goes to Israel – which accounts for a quarter of the country’s entire military budget.  Oh … and that funding doesn’t include the costs associated with joint U.S.-Israeli military projects, including costly missile and rocket defense programs like the “Iron Dome,” “David’s Sling,” “Arrow I” or “Arrow II.”  Combined, those programs sucked $503.7 million out of the latest U.S. defense budget.

Last summer, Congress sent Israel a “bonus” payment of $225 million to help subsidize its war in Gaza – while Israel received an additional $619.8 million in “emergency” military aid in the budget deal.

So yeah … Netanyahu’s 2011 claim (also delivered to a joint session of Congress) that Israel didn’t need America to defend it because “we defend ourselves” was also 100 percent false.

But what’s even more offensive than Israel’s chronic reliance on tapped out U.S. taxpayers is the arrogance and sense of entitlement Netanyahu continues to display.

Last summer, for example, “Bibi” bluntly told Americans to “never second guess me again” as he waged war on Palestinian militants in Gaza.

Look, we’re not disputing Israel’s right to defend itself (or even wage aggressive war against its enemies, if it so chooses) … we’re just asking them to pay for it themselves.

Oh … and to kindly refrain from barking orders at the country bankrolling its war machine.

Of course with so many U.S. politicians firmly implanted in Israel’s hip pocket (and with recent U.S. warmongering propaganda hitting its mark), we don’t expect Netanyahu to change his tune on this visit.  If anything, we expect another lecture from “Bibi” instructing our government into how it ought to conduct its foreign policy.

Beggars can’t be choosers, “Bibi.”  And they sure as hell shouldn’t be barking orders at their benefactors. So with all due respect, go home … and don’t come back until you’ve figured out that whole “self-reliance” thing.

For real this time …