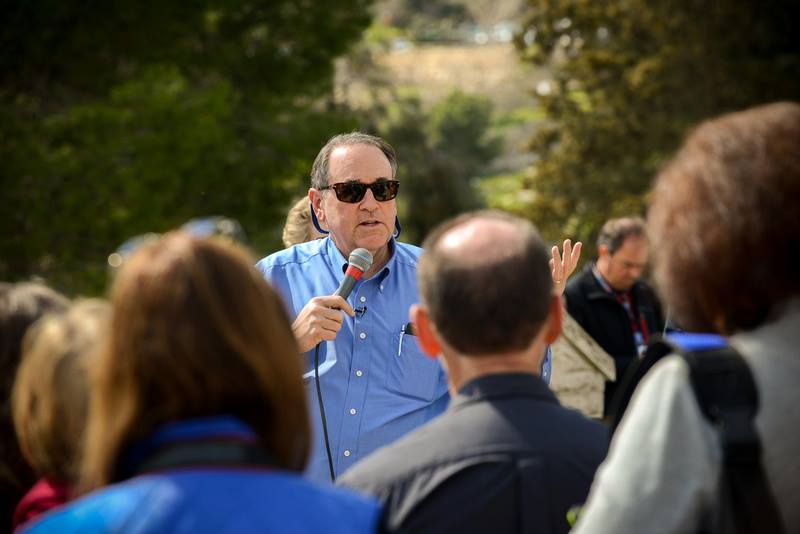 || By FITSNEWS ||  This website is not fond of Mike Huckabee … as we’ve noted on several prior occasions.  We don’t appreciate his ideological matrix of fiscal liberalism and social conservatism, believing it (and him) to be anathema to free markets and individual liberty.

But we have to give credit where it is due.  Huckabee is 100 percent correct in his opposition to “Obamatrade” – an effort to grant U.S. president Barack Obama sweeping trade powers so he can cut an Asian trade deal benefiting wealthy Wall Street bankers and liberal Hollywood elites (at the expense of American workers and consumers).

During a visit to early-voting Iowa, Huckabee slammed the “corporatists” pushing this deal … arguing (correctly) that it would create real economic harm for our country.

“Where some people talk about trickle-down economics, in other words when the economy is doing well, it will eventually trickle down and everyone will feel the effect of it; the inverse of that is true,” Huckabee told Politico last weekend. “When the economy starts going south, it’s not the people at the top who feel it first; it’s the people at the bottom.”

This website has already explored how Obamatrade is bad for America (see HERE and HERE) – and how it’s especially bad for South Carolina (HERE and HERE). And we’ve already have called on the Palmetto State’s “conservative” congressional delegation to oppose it – joining those responsible members of the U.S. Congress who have already taken a stand.

Additionally, we’ve exposed the lies and hypocrisy of those slavishly serving the special interests in support of this proposal.

Obamatrade isn’t free trade, nor is it fair trade … it’s exactly what Huckabee says it is: Cronyism run amok.  And American cannot keep going along with politicians who dole out “special privileges to foreign corporations” – or corporations which want to “subsidize discretionary outsourcing.”

And yes … that language came from none other than the free traders at The Cato Institute.

America’s economy has been struggling in recent years … unable to generate sustained growth due to the underlying inability of U.S. consumers to spend money they don’t have.  The very last thing we need to do is put our workers and consumers at a competitive disadvantage so that one percenters in New York and Hollywood can pad their bank accounts.

Props to Huckabee for recognizing that …