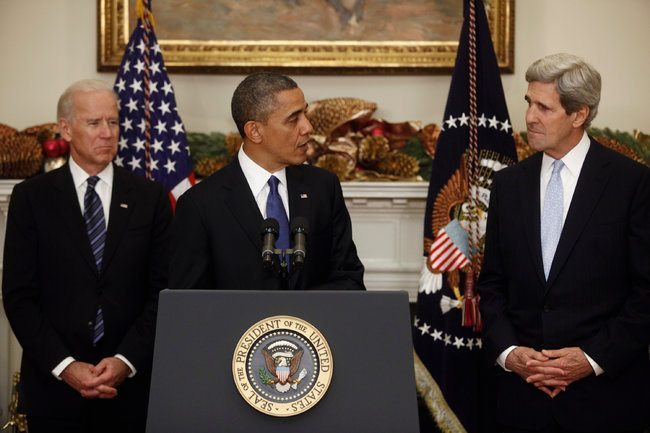 || By FITSNEWS ||   As a candidate for president in 2008, Barack Obama vowed a lot of things … most notably to “spread the wealth around.”  And he’s done that … albeit not as expected.  Obama also promised lower health care premiums … which Americans were stupid to believe.

No really … just ask the architect of Obamacare, he’ll tell you: “Stupid.”

Has he done that?

Should Congress grant him that authority?  Hell no …

“Fast-track” is cronyism at its worst.  If approved, it would result in the creation of more than 600 official corporate U.S. “trade advisors” – which the Obama administration would select and then grant access to all sorts of secret trade protocols.

Think these advisors would have your interests in mind?   Of course not … they’d be looking out for themselves.

The Constitution empowered Congress to conduct trade deals – not the executive branch.  Hell, if there’s any president who has demonstrated he shouldn’t be trusted with any additional authority, it’s Obama.

“In today’s environment of executive branch overreach, it makes zero sense to allow Obama to unilaterally write conforming legislation after he waves his mighty pen signing the treaty,” Rick Manning, president of Americans for Limited Government (ALG) noted last fall in a column for The Hill.

Beyond the issue of constitutional overreach, U.S. trade negotiations (like all government business) should be conducted in the full view of the public – not behind closed doors.  That’s the only way to ensure the promises of “free trade” truly materialize … which of late has been an iffy proposition.

U.S.-supported trade deals have indeed resulted in lower consumer costs, but they have also contributed to lost jobs and shrinking income levels … especially for workers who lack college degrees.

Is the juice worth the squeeze?

“U.S. workers without college degrees have lost roughly 12.2 percent of their wages – even after accounting for the benefits of cheaper imported goods,” columnist Leo Hendrey, Jr. wrote recently for Reuters.  “This means less, not more, consumer demand for U.S. manufacturing and service-sector firms.”

The efficacy of trade compacts is a debate America needs to have.  Unfortunately, we’ll never have that debate if Obama is empowered to conduct these deals in secret – with the people’s elected representatives given no other option than to “take it or leave it.”

This MoFo Obama is out saying ISIS deserves to have its grievances heard and the Obama State Dept. is telling us if we can get Brutal Terrorists a job, we can defeat the barbaric false-Religion-based murder of innocent Christians…

All the while modern-day Christians are being blamed by Obama because of the Crusades hundreds of years ago..

And this IGNORANT F*#king Liberal-Tarian – FITS – is wringing his effeminate little hands over Fast-Track trade authority????…Because FITS and Obama are hand-in-hand in their HATE and BLAME of America for all the worlds’ ills…FITS cannot say a word…

You people who are not yet dead…BETTER wake up. You may not give a s#!t about your fellow American..but you may have children in your family being lead to eventual slaughter by Ignorant Mother-F*#kers like Obama and his accomplices like FITS and RonPaul…

I thought it was more like the sound of a dried up pea rattling around in a coffee can.

I thought it was more like the sound of a dried up pea rattling around in a coffee can.

You’re so clueless. You claim to be some free market ideologue but you don’t understand free trade. Get a clue. http://www.cato.org/blog/trade-promotion-authority-not-executive-power-grab

Nice try, but what Obama is proposing isnt free trade, but crony-managed trade. Obama says he needs fast track authority so he can “write the rules for the world’s economy.”
If you trust Obama to write the rules for anything, well, good luck with that.

By the time this would even pass Obama would be on his way out.

Right. Obama would write the rules, and we’d have to live with them forever, long after he crawls back under a rock.

Not the biggest fan of this trade agreement because of what NAFTA and simular have done to the middle class but blaming fast tracking is stupid. We negotiate trade agreements like that because it isn’t feasible to bring all of congress together with other heads of state to come up with the treaty. Hell we have a backlog of treaties as it is that Congress refuses to even vote on.

Article 2, Section 2 of the Constitution “He [the president] shall have Power, by and with the Advice and Consent of the Senate, to make Treaties”

Congress will still get final say wither we sign the treaty or not.

Under Article 2, Section 2, the treaty would need two thirds of the Senate for approval, and the Senate would be able to amend it.

Under fast track rules, only 51 votes would be needed in the Senate, not 67 (two thirds), and no 60 vote cloture vote (what the media calls filibuster) and no amendments allowed.

Congress is supposed to have input on trade agreements (Article 1, Section 8) BEFORE negotiations begin – Obama has been negotiating this one for 6 years before he asked Congress to become a rubber stamp for what he’s already done.

The bipartisan support for this abomination just goes to show who really runs this country.

Now that he is the self proclaimed “king” of America .. he wants to add the world to that tiltle ..
don’t be fooled .. nothing he proposes is “free” to us ..