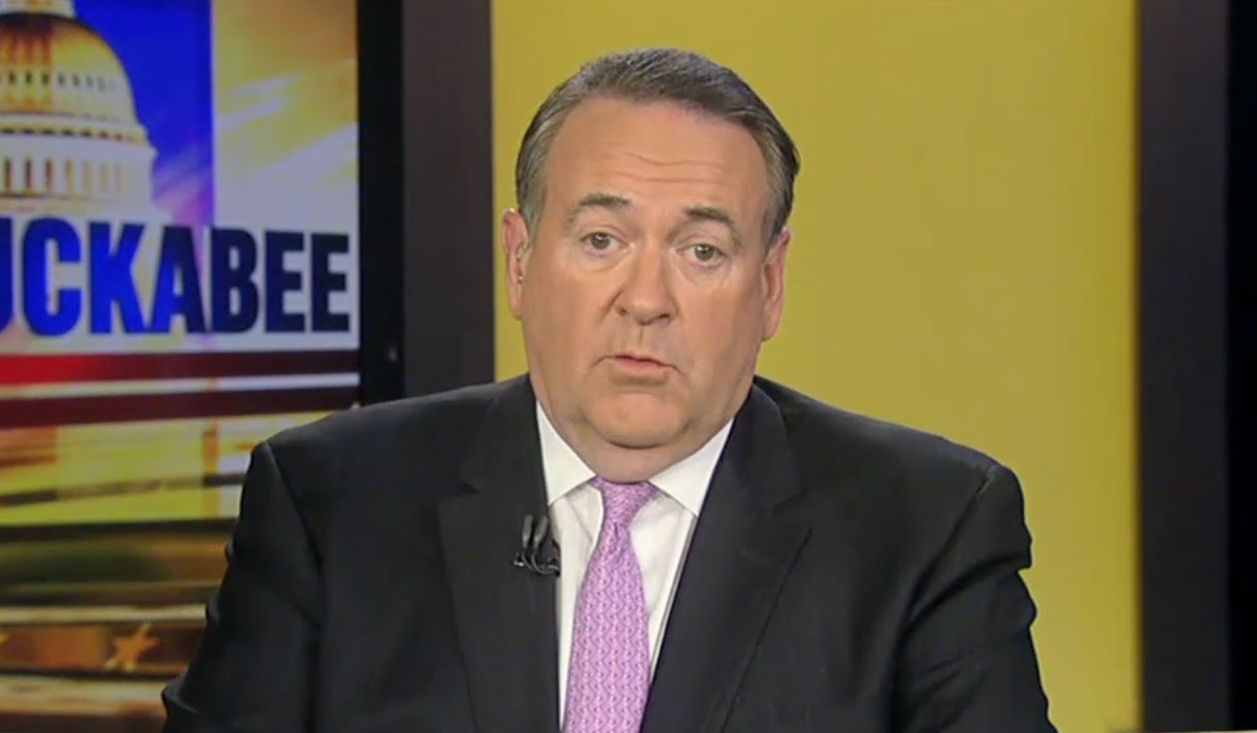 || By FITSNEWS ||  For the third election cycle, former Arkansas governor and Fox News’ host Mike Huckabee is seriously weighing a bid for the presidency of the United States.

That’s right … the United States.  Not the monthly meeting of the “ignorant tight-ass club.”

In fact Huckabee (who nearly won the 2008 “First in the South” Republican presidential primary) is so serious about keeping his options open that he’s giving up his gig with the network.

“There’s been a great deal of speculation as to whether I would run for president,” Huckabee said this week on his show, which has run since 2008.  “And if I were willing to absolutely rule that out, I could keep doing this show.  But I can’t make such a declaration.”

According to Real Clear Politics, Huckabee “has reactivated his tight-knit team of advisers and taken several other the behind-the-scenes steps that suggest he is indeed serious about launching a second White House bid.”

Previously, Huckabee has said he was waiting on God to tell him whether to run for president …

“Under the best of circumstances being president is a job that takes one to the limit of his or her human capacity,” Huckabee said at the time. “For me to do it apart from an inner confidence that I was undertaking it without God’s full blessing is simply unthinkable.”

In Huckabee’s absence, fellow social conservative Rick Santorum emerged as a force to be reckoned with in the 2012 “Republican” primary – luring legions of impressionable voters in early-voting Iowa and South Carolina.  For what it’s worth Santorum – who’s been out of elected office since being ousted from the U.S. Senate in 2006 – is keeping his 2016 options open.

Both of these candidates are worthless in our book …

Huckabee is also a strong supporter of the federal government’s invasive “Common Core” curriculum – which will hurt him with many of the far right voters who would otherwise consider backing his candidacy (as it will hurt the candidacy of recently anointed GOP frontrunner Jeb Bush).

Oh, and he’s got problems on the immigration issue too … which appears as though it will be quite the hot button topic this election cycle.

Frankly, we wish candidates like Santorum and Huckabee would just go away … however their ongoing relevance within the GOP primary cycle (especially in early-voting Iowa and South Carolina) helps hasten the demise of the “Republican” brand.

Which as we’ve previously noted is just fine with us …

After all, “Republican” rule ain’t what it used to be.