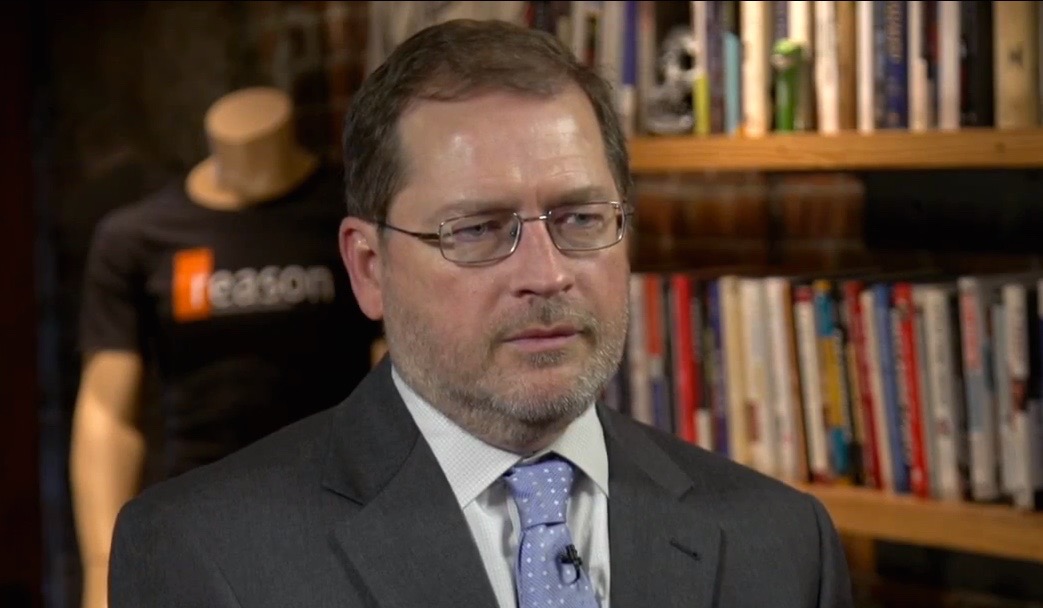 || By FITSNEWS || Four years ago, so-called “taxpayer advocate” Grover Norquist came to South Carolina to address some gathering of uppity establishment “Republicans.”  We caught up with him at the swanky Thoroughbred Bar in downtown Charleston, S.C. during his visit, and proceeded to grill him regarding the pointlessness of his famous “no tax increase” pledge.

Our basic question?  How his group – Americans for Tax Reform (ATR) – could permit more than eighteen South Carolina lawmakers who broke their “no tax increase” pledge in 2010 to receive praise for signing it again in 2011.

Seriously, Norquist was at this event handing out materials in support of politicians like former majority leader Kenny Bingham and current majority leader Bruce Bannister – even though these lawmakers had explicitly broken his group’s pledge less than a year earlier.

At the time, one Washington, D.C. insider explained to us that ATR wasn’t going to call out these lawmakers – or their federal counterparts – because Norquist was nothing but a bought-and-paid-for shill of the status quo.

“Accountability is not in the financial interest of his organization,” the insider told us. “That’s not where his donations come from.”

Fast-forward to this week, as the U.S. Congress is about to take up “Obamatrade” – an attempt by the administration of Barack Obama to usurp congressional authority over trade negotiations so that wealthy special interests can cut backroom deals that will hurt American workers.

This website has written extensively on how Obamatrade is bad for America (see HERE and HERE) – and how it’s especially bad for South Carolina (HERE and HERE). And we’ve already have called on our state’s “conservative” congressional delegation to oppose it – joining those responsible members of the U.S. Congress who have already taken a stand.

But Norquist?  His group is carrying Obama’s water …

“(Obamatrade) gives the executive branch the authority needed to finalize trade agreements, while Congress retains a robust amount of control, oversight, and transparency,” a letter signed by Norquist and other so-called “conservatives” reads.

Once again, Norquist is 100 percent full of it.

Not only would “Obamatrade” permit the White House’s hand-picked corporate “trade czars” to negotiate deals with foreign governments in secret – it would remove existing checks and balances related to the approval of these self-serving arrangements.  There would be no public hearings on these agreements.  No amendments could be offered to the deal.  And filibusters would be banned.

Does that sound anything at all like “a robust amount of control, oversight, and transparency?”

Hell no … it’s the exact opposite.

Look, we support free trade.  Adamantly so.  Always have.  But that’s not what “Obamatrade” is … it’s a rigged market aimed at empowering wealthy Wall Streeters and liberal Hollywood elites at the expense of U.S. workers.

Even the hard-core free traders over at the Cato Institute have ripped this deal for doling out “special privileges to foreign corporations” and “subsidizing discretionary outsourcing” – meaning we’re going to pay companies to ship away jobs that could be done in America at a comparable cost.

Apparently that’s just fine with Norquist and his establishment buddies, though …

South Carolinians have been sold out by Norquist once before … and his refusal to hold tax-hiking state legislators accountable has empowered them to pass even larger tax hikes.

True “taxpayer advocates” challenge those in authority – and expose their treachery.  They call them out and hold their feet to the fire – they don’t coddle them and provide them with cover for their bad behavior.

South Carolinians should remember Norquist’s latest betrayal the next time they see “Americans for Tax Reform” weighing in on an issue.

The Down Side Of Recording Cops