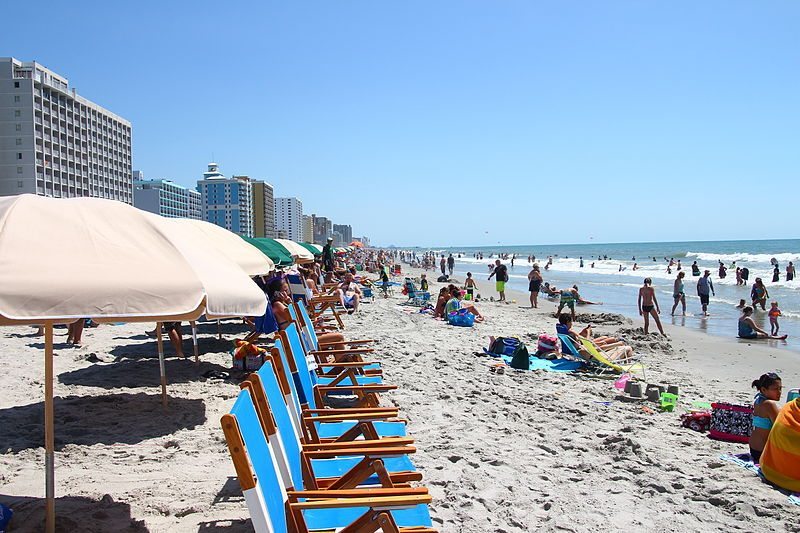 || By FITSNEWS || In case you missed it, Chinese investors have been snatching up property on the South Carolina coast – buying nearly thirty of the eighty public golf courses in the Grand Strand region of the state. The latest deal? A 22-course purchase from a subsidiary jointly owned by Myrtle Beach National Company and Burroughs & Chapin.

Price tag?  A rumored $357 million: The largest one-time purchase in the Grand Strand’s history … and comes on top of nearly $60 million in previous golf course purchases.

According to The (Myrtle Beach, S.C.) Sun News, politicians on the coast say another $200 million in Chinese investment is coming … this year.

The buyer in the latest big deal?  Founders Group International – a subsidiary of Yiqian Funding, which is represented by New York immigration attorney Xian “Nick” Dou.

There’s plenty of speculation on the coast as to the motivation of the Chinese investors – who insist their only goal is to make money off of these assets.

“We have made a substantial investment in the Myrtle Beach community and look forward to a bright future here,” Dou said in a statement following the most recent round of purchases.

Good … private investment is the lifeblood of any economy, and we don’t especially care where it comes from as long as it’s green (and as long as taxpayer funding isn’t used as an inducement).

All we ask?  That the Chinese – and other coastal businesses – pay their own freight for tourism marketing.

Every year, South Carolina taxpayers spend tens of millions of dollars subsidizing the tourism industry via state-sponsored marketing campaigns – money we have consistently argued is about as effective as the money it spends pumping sand into the ocean.  Even if such investments were effective, though, they are not core functions of government.

Again … how can state lawmakers raise taxes on South Carolina motorists (who already spend a disproportionate percentage of their income on fuel) when they are also subsidizing tourism ads?

It’s past time South Carolina’s leaders – and government officials in Myrtle Beach – stopped wasting tax dollars on tourism marketing.  If South Carolina’s tourism industry wishes to market itself nationally or to the rest of the world, it can pick up the tab for those efforts.  That’s how business works – or at least how it’s supposed to work.

Besides, the Chinese clearly have plenty of money to burn …