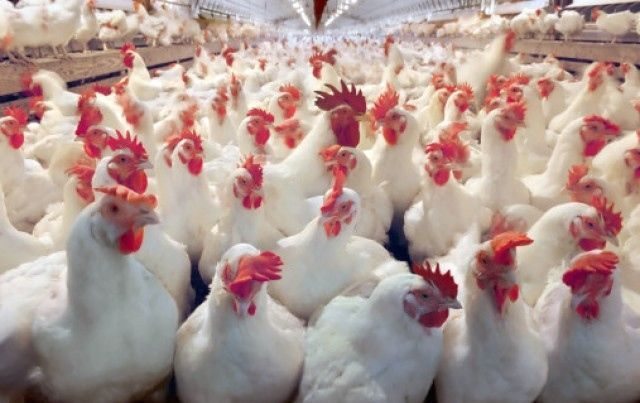 CHICKEN, TURKEY INDUSTRIES WOULD BE DEALT A MAJOR BLOW

|| By FITSNEWS || There’s a big mystery down in Clarendon County, S.C. – where police are investigating the mass murder of more than 300,000 chickens ($1.7 million worth of birds).

No one seems to know what happened …

What’s not a mystery, though?  The devastation that would befall South Carolina’s chicken (and turkey) industry if the U.S. Congress approves “Obamatrade.”  As we noted in a recent piece, a 2011 Korean trade deal has sent U.S. chicken and turkey exports to Korea plunging by 45 and 44 percent, respectively.

Why should South Carolinians care about that?

Well according to 2012 data, chickens were a $759 million annual business in the Palmetto State – which ranks ninth nationally in “broiler” production (broilers are chickens raised for their meat).  Wanna talk turkey?  Good … because that industry generated $359 million for the state’s economy in 2012, which ranked South Carolina sixth in the nation for turkey production.

This website has consistently opposed taxpayer funding for farm subsidies – and for agricultural marketing efforts.  But just because we don’t believe in handouts for farmers (which have been proven to benefit large farms at the expense of their small and mid-sized competitors) that doesn’t mean we think they should get screwed over in the name of “free trade.”

And let’s be clear, Obama’s push for “fast-track” authorization of the massive Trans-Pacific Partnership (TPP) is not “free trade.”  Nor is it “fair trade.”  It’s crony capitalism: The subsidization of outsourcing for the benefit of a select few.

And beyond its negative economic repercussions, it’s yet another Obama power grab … one which would grant all sorts of rights to foreign corporations while eroding the rule of law here at home.

The more we learn about “Obamatrade” the more convinced we become that it would be terrible for the country … and for the Palmetto State.

You make a lot of claims, but no explanations. How would chicken and turkey farmers be effected by TPP?

The groups that pay FitsNews for these articles don’t ask him to include any explanations.

There’s no specifics at all….he’s claiming:

“And let’s be clear, Obama’s push for “fast-track” authorization of the massive Trans-Pacific Partnership (TPP) is not “free trade.” Nor is it “fair trade.” It’s crony capitalism: The subsidization of outsourcing for the benefit of a select few.”

I have yet to read even 1 specific example of his claim above.

Since the very mature and rational republicans just add “Obama” to anything they don’t want their very informed voter base to like, should the American People do the same with other presidents? Like “Bushraq” “AfBushistan” In 2008, the banks were “Bushed Out” the “Department of Bushland Secerity” TSA are “Bush Inspectors” or more accurately add Cheney.

We could have a lot of fun with this.

Or, we could just simplify it and resort to putting “gate” on the end of everything, like this:

Speaking of skinny chicken legs, I’m still being stalked by someone aka “guest” who has gone back as far as three years and given me a “like” on some of my comments just to let me know he is still around.

EVERYBODY in America, except for the hand-out class, cronies and TAKERS…SUFFER under Obama, you Dumb@$$…

Glad to know you’re doing pretty well. Enjoy the next year and a half on me.