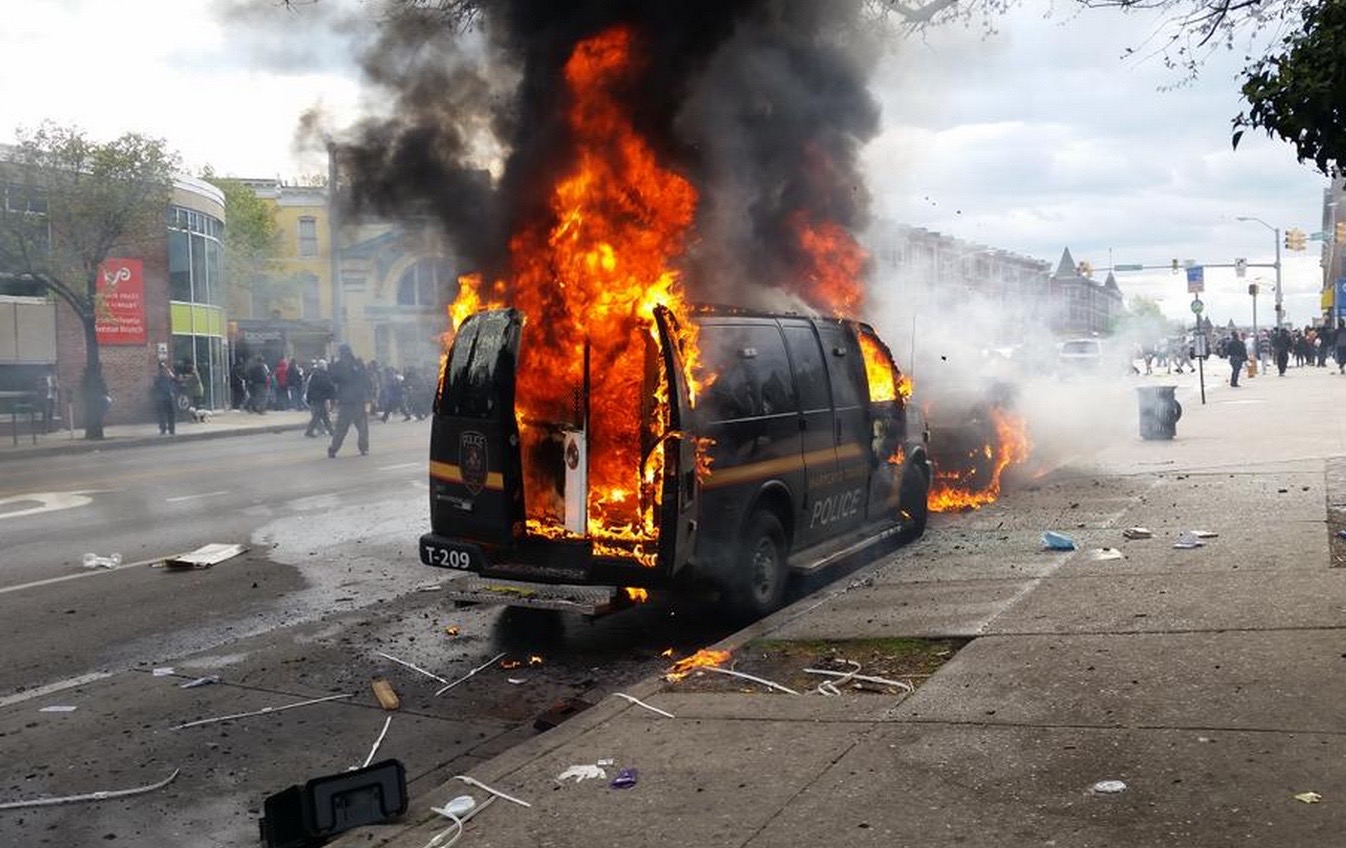 || By FITSNEWS || Violent gangs in Baltimore, Maryland targeted police officers and burned their vehicles – the latest demonstration of black rage against the city’s law enforcement community.

Baltimore’s meltdown is in response to the death of Freddie Gray – a 25-year-old black man who sustained a fatal spinal injury while in police custody earlier this month.  Many believe Gray was injured – and denied prompt access to medical attention – during what’s known as a “rough ride.”  That’s the term given when police deliberately drive vans transporting prisoners in a rough and reckless manner so as to cause the prisoners injury.

According to The Baltimore Sun, a pair of suspects won lawsuits after being paralyzed during prior “rough rides.”

Six Baltimore police officers have been suspended in the aftermath of Gray’s death, while multiple investigations into the incident are ongoing.

Whatever happened to Gray, police in Baltimore are vowing to defend themselves against the gangs.

“This afternoon, a group of outrageous criminals attacked our officers,” Baltimore police captain Eric Kowalczyk said. “Right now, we have seven officers that have serious injuries, including broken bones, and one officer who is unconscious.”

According to Baltimore police, they received a “credible threat” that black gang members were planning to “take out” police officers.

Kowalczyk vowed to use “appropriate methods” to protect those officers – and the public.

The conflagrations come just four days after protest leaders vowed that “no one has come to try and burn Baltimore down.”

Guess they spoke too soon …

Ron Paul: The Real War On The Middle Class