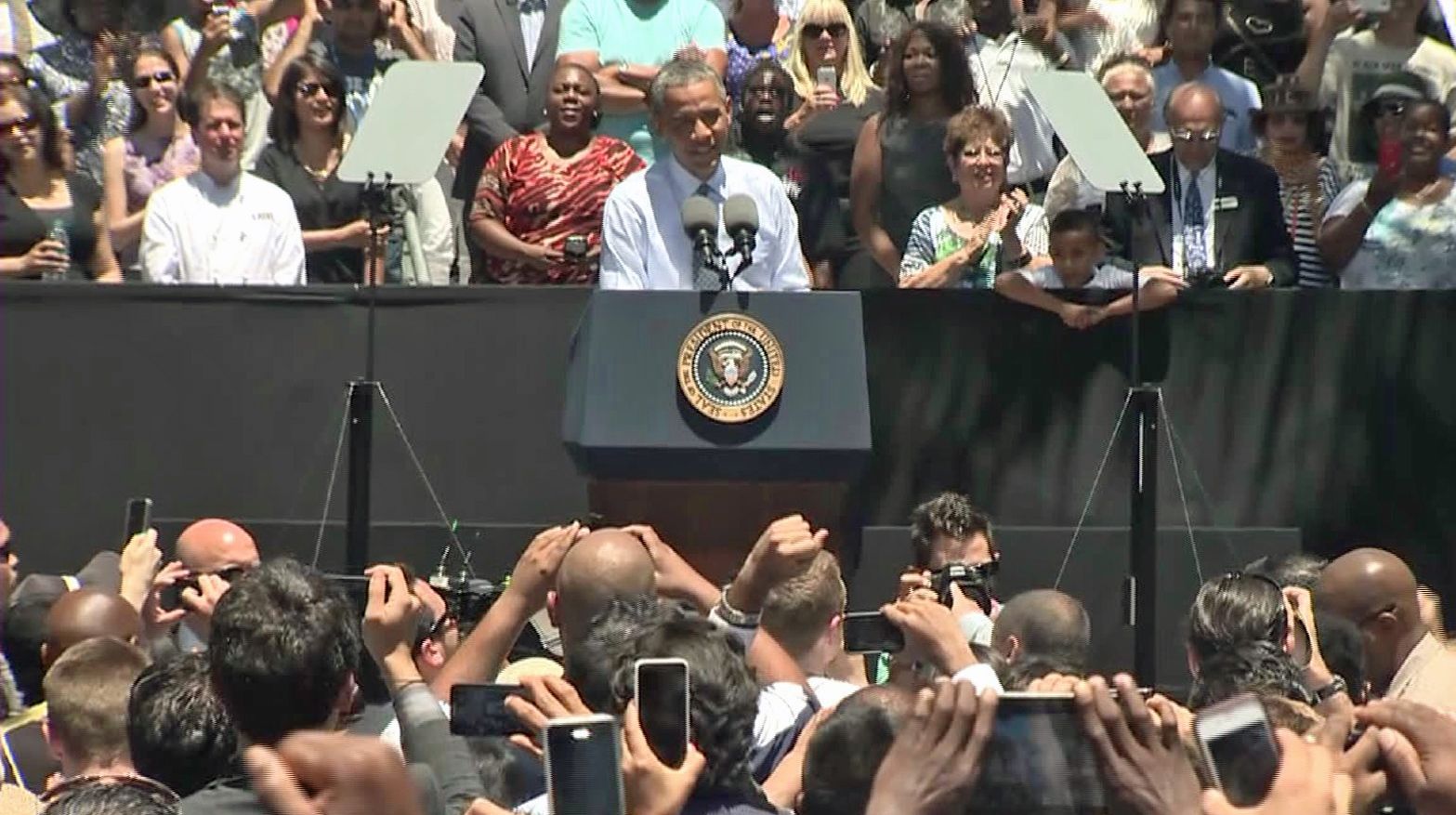 GOP NEEDS TO TAKE A STAND ON SOMETHING … ANYTHING

|| By FITSNEWS ||  Last week this website briefly addressed “Obamatrade,” an effort by the administration of Barack Obama to usurp congressional authority over America’s trade negotiations with foreign countries.

“(Obamatrade) is cronyism at its worst,” we wrote.  “If approved, it would result in the creation of more than 600 official corporate U.S. ‘trade advisors’ – which the Obama administration would select and then grant access to all sorts of secret trade protocols.”

And those secret protocols would remain secret, because Obamatrade (a.k.a. “fast track” trade authority) would completely circumvent existing checks and balances related to the passage of legislation.  There would be no public hearings on the agreements.  No amendments could be offered to the deal.  And filibusters would be banned.

Look, we support free trade.  Adamantly so.  Always have.  But that’s not what this is …

Even the hard-core free traders over at the Cato Institute have ripped this deal for doling out “special privileges to foreign corporations” and “subsidizing discretionary outsourcing” – meaning we’re going to pay companies to ship away jobs that could be done in America at a comparable cost.

Cato also correctly points out how Obamatrade “weakens the rule of law.”

Naturally, “Republicans” in Washington, D.C. – always eager to check Obama’s overreach – are all over this issue, right?  Right?

Ummm … not so much.  U.S. Speaker of the House John Boehner – ever eager to accommodate Obama’s leftist power grabs – has come out in support of granting the administration this expanded authority.  So has new Senate “majority” leader Mitch McConnell.

“Republicans have consistently railed at President Obama’s exercise of his executive authority, disparaging him as ‘an emperor’ who has ignored Congress on immigration, climate and Cuba,” David Nakamura of The Washington Post wrote recently.  “Now that they control both houses of Congress, those same critics are on the verge of handing the president expansive new powers to circumvent those who want to stand in his way on trade.”

What did we say in the wake of the 2014 elections?

The “Republican” majority isn’t going to look a helluva lot different from the Democratic majority.

“Republicans” and Democrats differ by the slimmest of degrees – a wafer-thin aperture the bought-and-paid-for legacy media would have you believe is some unbridgeable chasm.

Republicans won the U.S. House in 2010 promising to stand up to Obama.  They didn’t.  They won the U.S. Senate in 2014 vowing the same … yet aside from a dog-and-pony show aimed at “defunding” Obama’s executive amnesty programs, they’re once again just going along for the ride (to the tune of $4 trillion in annual spending … and an $18.1 trillion debt).

It’s time for the GOP to take a stand on something … anything.

“And those secret protocols would remain secret, because Obamatrade (a.k.a. “fast track” trade authority) would completely circumvent existing checks and balances related to the passage of legislation. ”

Ok, no offense…but if the protocols are “secret”, how do you know ” we’re going to pay companies to ship away jobs that could be done in America at a comparable cost.”?

Take a stand, on anything. Well, you can dream into one hand, and crap in the other, and see which one fills up first. Thanks Mitch and Johnny – the Obama-mama train just keeps a chuggin’ along. Supa – dupa.

From colonial taxes on tea until 1934, all Taxes, Tariffs, Imposts, Duties, and Excises were unilateral and not negotiated with other countries. In 1934 congress granted the Executive power to negotiate bilateral agreements. It was negotiated among only a few Caribbean countries and other countries were allowed to join without any changes. It did not result in much increased trade. It did not even result trade agreements between the signees. It was only bilateral between the US and each individual signee.

The first general agreement (GATT) did not become law until 1948. It was only possible with Congress granting the President trade authority. Imagine how impossible it would be to pass any agreement involving so many countries if after the negotiators agreed to a draft treaty and the each country’s legislature could then pass amendments. Then all the other counties would have agree and we would have agree or disagree with their amendments. Then the process would have to be continually repeated until every country agreed. No such process has ever resulted in a general trade agreement being passed, ever.

Respectfully I think you and the article are missing the point. Free Trade is just that. Free of manipulation by parties outside the agreement.

The end user pays all taxes. Deregulate everything. If I can afford to purchase it, the government has no authority to prevent me from doing so.

Maybe these companies will set up in third world economies like SC? Maybe one of those IKEA factories or more tire man.

Those off shore companies are the ones who don’t bring home the bacon … because they already paid, elsewhere.

BTW: there is a movement afoot to begin the protests by the Tea Parties on April 1st … :>)

“… “Republicans” and Democrats differ by the slimmest of degrees …”

The only difference between republicans and democrats is that republicans stay bought … usually.