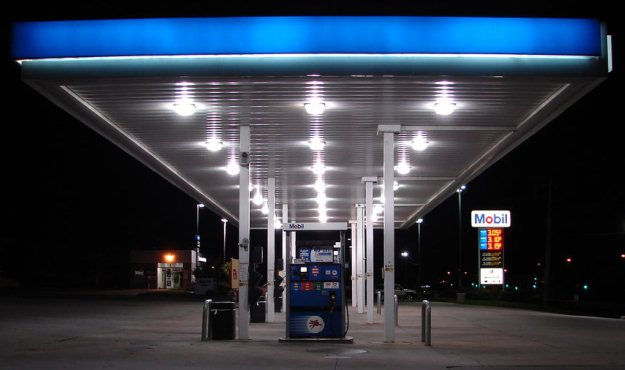 || By FITSNEWS || One of the big revelations contained in the latest edition of The Winthrop Poll was that South Carolinians support a gas tax hike.

Wait … what? Didn’t we just publish poll results indicating the exact opposite was the case? Yes.  And hasn’t FITS own poll on this issue demonstrated the opposite is true as well?  Yes … by a hefty 56-44 percent margin.

Apparently we weren’t asking the question the right way, though … at least that’s what Winthrop says in its tortured gas tax survey question, which has more twists and turns than an Agatha Christie novel.

Based on that description, 55.4 percent of respondents said they would support the plan – compared to 41.7 percent who opposed it.  And yes, you’d better believe tax hikers in the S.C. General Assembly are tripping all over themselves to get those numbers publicized.

Because after all, raising taxes and throwing more money at problems is the South Carolina way …

But people keep falling for it …

Anyway, sensing the criticism they’d receive for asking such a loaded question, Winthrop’s pollsters stated that their survey “gave an accurate portrayal of the (gas tax) proposal … AND full context.”

Okay … but what’s their definition of “full context?” Well, the pollsters said they provided respondents “with two things that proved to decrease support in the past (an actual dollar [cents] amount and the restatement that the cost of gas would RISE) and two things that proved to increase support in the past (money restricted to infrastructure and gas still cheaper than NC and GA).”

First of all that’s not “full context.”  Nowhere near it.  In fact it’s misleading as hell – making Winthrop’s poll much like the gas tax “coverage” provided by liberal legacy media outlets like The (Columbia, S.C.) State newspaper.

As regular FITS readers know, “full context” means looking at gas prices as they are … not in a vacuum.

What do we mean by that?  It’s simple: Because South Carolinians are so poor – we pay a disproportionately high percentage of our income (nearly eight percent) on fuel costs.  Only residents of Mississippi and West Virginia pay more.

So while gas prices in the Palmetto State may be lower than they are in North Carolina and Georgia, our citizens are still paying more of what they earn on fuel.

And cannot afford to pay more …

Also, we hate to break it to Winthrop’s pollsters but trusting state legislators to spend taxpayer money on a stated purpose is like trusting Ike Turner to craft domestic violence legislation.

Seriously … remember the whole “Lottery for Education” scam?  Or all those tobacco settlement funds?

Just because lawmakers promise they will use a specific revenue stream for a stated purpose does not mean they will make good on that promise … in fact history has demonstrated such promises are almost always broken.

With this in mind, let’s take a look at how Winthrop’s question should have been worded …

There is currently a proposal in the South Carolina Legislature to increase the state gas tax by up to 10 cents a gallon. This would increase the cost of gas in the state, where citizens already pay more for fuel than residents of any other state save Mississippi and West Virginia. Lawmakers say the money raised would be restricted to use for infrastructure, such as repairing roads and bridges, but they have historically lied about such earmarking.

That is “full context,” people.

And if you think that question would result in 55.4 percent of Palmetto State residents supporting the gas tax, well .. .you may have been educated in one of South Carolina’s government-run schools.

An honest debate on the gas tax in South Carolina must address economic and political realities – not ignore these realities in favor of status quo talking points.  We would encourage The Winthrop Poll to bear that in mind the next time they address this issue.

@fitsnews: only in #southcarolina would a poll about a tax hike have to also point out such tax would make prices rise…