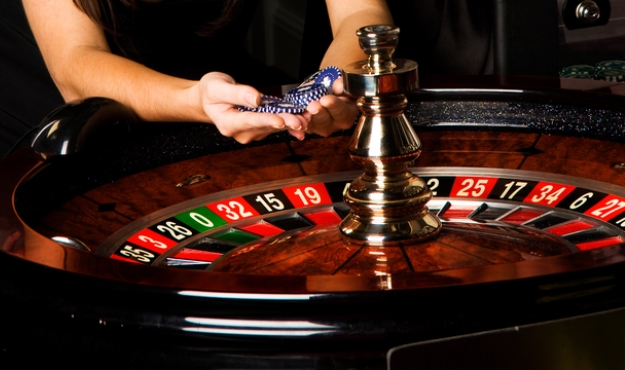 || By FITSNEWS ||  By more than a 2-to-1 margin, South Carolina voters favor using gambling revenue – not gas tax revenue – to address the state’s infrastructure funding needs.  And while this website maintains the Palmetto State has a spending problem – not a revenue problem – when it comes to infrastructure, the numbers are encouraging as it relates to the broader issue of legalizing gambling.

According to survey data from Public Policy Polling, big majorities of South Carolinians are on board with casinos – while even bigger majorities are opposed to governor Nikki Haley‘s proposed tax swap.

“South Carolina may be a GOP state but on the issue of how to pay for road repairs voters are siding with the Democrats,” the PPP pollsters noted.  “By a 50/36 spread they support casinos in the state, and asked whether they’d rather road repairs were paid for by opening casinos or increasing the gas tax voters pick casinos by a 58/26 margin.”

That support cuts across party lines, too.

“There’s a bipartisan consensus for casinos over the gas tax with Democrats (63/22), independents (58/28), and Republicans (53/28) all strongly preferring it,” the pollsters noted.

Meanwhile a whopping 69 percent of voters oppose Haley’s plan … compared to only 20 percent who support it.

PPP is a Democratic firm based in North Carolina, but it has enjoyed a pretty solid record when it comes to accurately gauging the mood of South Carolina voters in recent election cycles.

Now … when will the “will of the people” translate into legislative action?  Good question …

Former S.C. Rep. Boyd Brown filed legislation in 2012 to legalize casino gambling – per the approval of voters in a statewide referendum.

Brown’s bill also specifically stated “the revenue realized by the state and local jurisdictions to be used for operational purposes of government, including tax relief and school and infrastructure improvements.”

That bill went nowhere … although it’s clear momentum is building for similar legislation.

Which leads us to a bill sponsored this session by S.C. Rep. Todd Rutherford – the current Democratic leader in the S.C. House of Representatives.

“Allowing gaming and luxury casinos to do business in South Carolina would bring in billions in tax revenue which would enable us to fix our roads without raising a single tax,” Rutherford said.  “Gaming in South Carolina would create thousands of jobs, attract tourists from all over the world, and stimulate our economy like nothing we’ve ever seen. If Republicans truly support individual freedom, personal liberty, and smaller government, they should stop trying to raise taxes on working families and support this plan to fix our roads and grow South Carolina’s economy.”

Again … as stated above the Palmetto State has a spending problem not a revenue problem, but beyond that it’s hard to argue with Rutherford’s logic.

For those of you keeping score at home, PPP surveyed 868 registered South Carolina voters from February 12-15.  The margin of error for the survey is plus or minus 3.3 percentage points.

Two For The Events Calendar