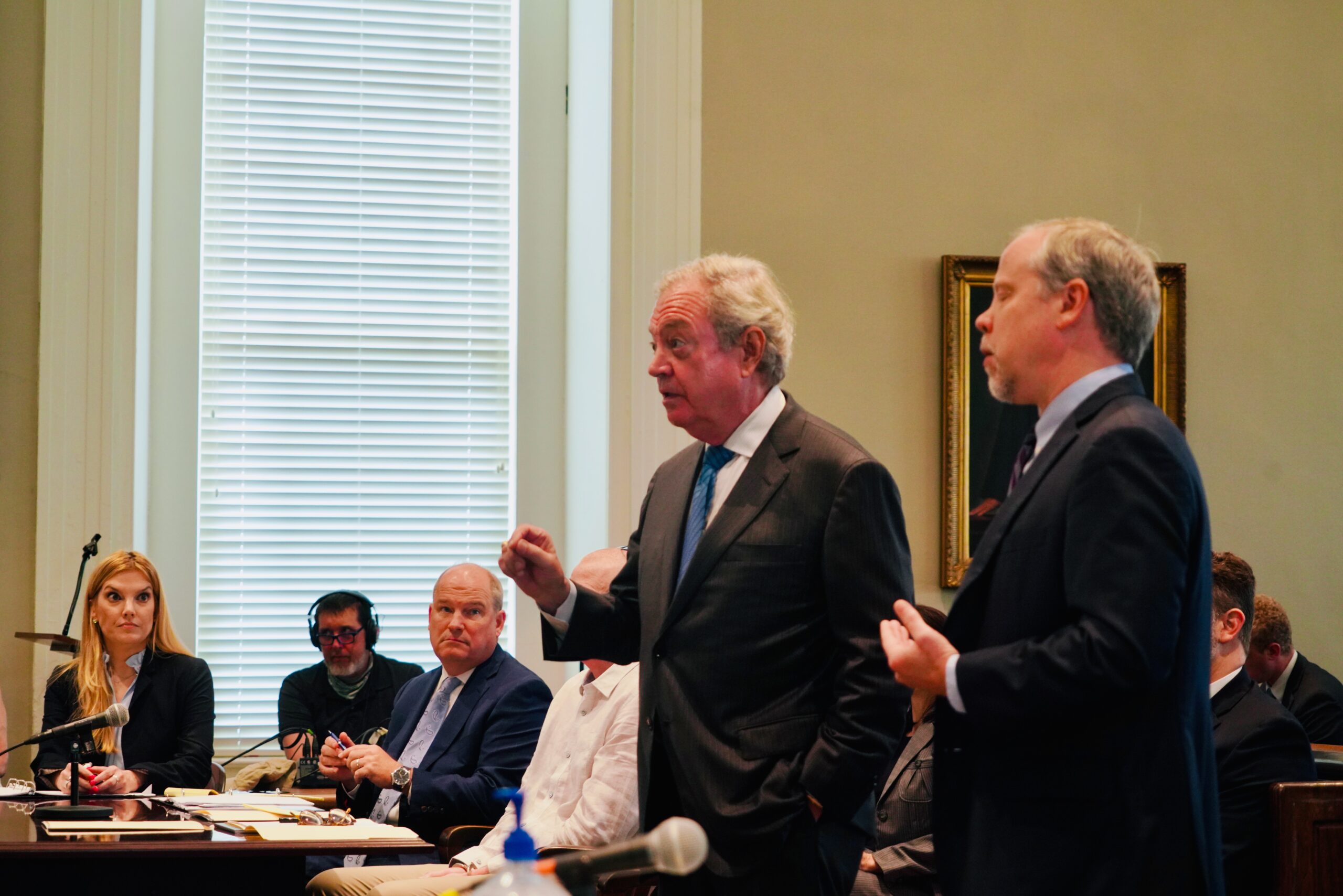 Attorneys for accused killer Alex Murdaugh are asking a South Carolina circuit court judge to delay a high-profile wrongful death trial in which he and his family members are listed among the defendants. Their argument? That the trial – which is scheduled to begin on January 9, 2023 – would prevent Murdaugh from being able to adequately defend himself in the double homicide case, which is currently scheduled for January 23, 2023.

According to an affidavit (.pdf) submitted by Murdaugh attorney Jim Griffin, the one to two weeks during which the wrongful death case is currently scheduled for trial constitute “the most critical time in preparing” for the murder trial.

“Alex Murdaugh must be constantly available to myself and his other attorneys in the criminal representation during this time to adequately prepare for trial,” Griffin wrote in his affidavit, adding that “the prejudice to Murdaugh will be immense” if the current trial calendar holds.


Murdaugh would be “unable to freely communicate with his criminal attorneys and (unable to) adequately focus on and prepare for defending against the serious criminal charges of double murder,” Griffin added.

If it doesn’t … then S.C. circuit court judge Daniel Hall, the presiding judge in the wrongful death case, is going to have some difficult decisions to make.

Murdaugh, 54, has been charged with two counts of murder and two counts of possessing a weapon during the commission of a violent crime in the June 7, 2021 deaths of 52-year-old Maggie Murdaugh and 22-year-old Paul Murdaugh. He has pleaded not guilty to those charges.

As for the wrongful death case, it stems from a February 24, 2019 boat crash which killed Mallory Beach (above), a 19-year-old from Hampton, S.C., in the prime of her life – and thrust the now-notorious Murdaugh family into the statewide limelight.

The lawsuit connects to the Murdaughs most directly via the late Paul Murdaugh – who was allegedly at the helm of a 17-foot, center console Sea Hunt fishing boat as it slammed into a piling near the Archer’s Creek Bridge outside of Parris Island, S.C.

Witnesses on the boat agreed Murdaugh was piloting the vessel at the time of impact.


Beach was flung into the cold, dark waters upon the boat’s impact – her body was discovered a week later by fishermen.

The boat allegedly driven by Paul at the time of the crash belonged to his father, who is the focus of an ongoing obstruction of justice investigation for his alleged actions in the aftermath of the boat crash.

Parker’s Kitchen and its chief executive officer, Greg Parker, are also named in the wrongful death suit. In fact, the ongoing jihad Parker and his minions have launched in connection with this case has prompted a separate conspiracy case filed by the Beach family attorney, Mark Tinsley of Allendale, S.C.