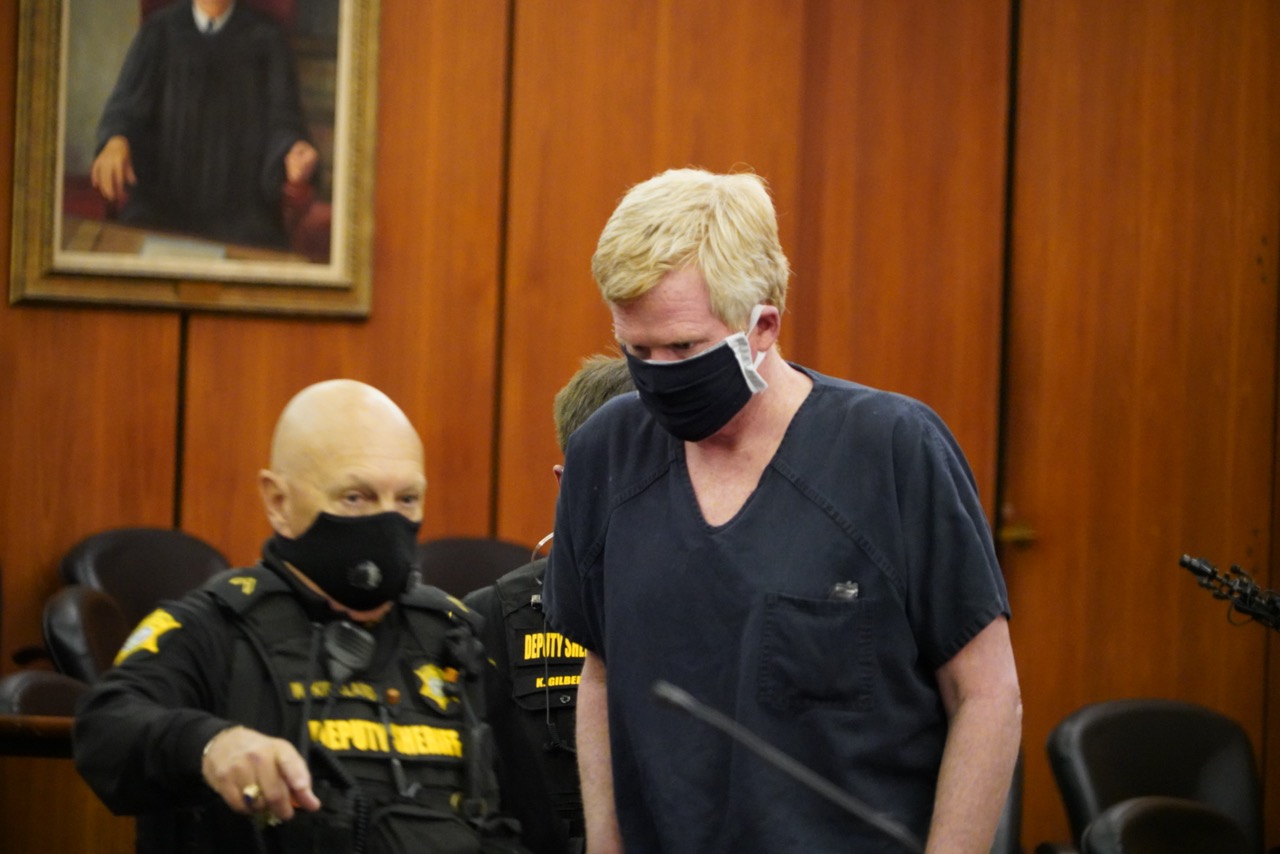 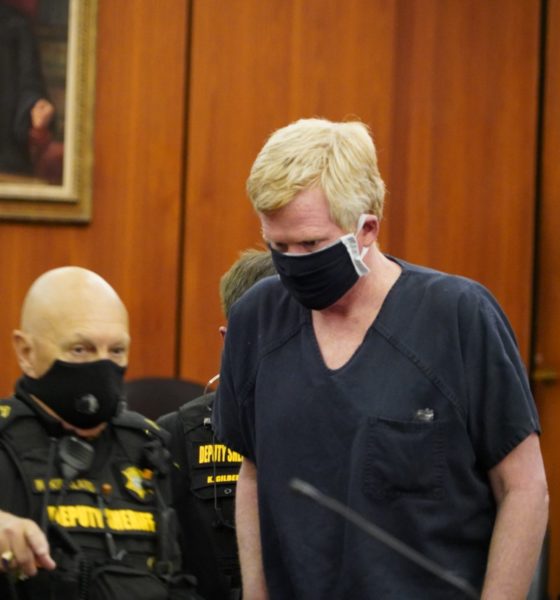 Investigators and prosecutors leading the double homicide inquiry at the heart of the ‘Murdaugh Murders’ crime and corruption saga are said to be moving forward with murder charges later this week. If our sources are correct, the evidence they are relying upon will (as expected) implicate disgraced 53-year-old attorney Alex Murdaugh in the brutal slayings of his wife and younger son last spring – marking a major milestone in what is arguably the highest-profile criminal case in South Carolina history.

According to our sources, investigators with the S.C. State Law Enforcement Division (SLED) are scheduled to present evidence to a grand jury which implicates Murdaugh in the June 7, 2021 murders of 52-year-old Maggie Murdaugh and 22-year-old Paul Murdaugh at the family’s Colleton County hunting property, known locally as Moselle.

That evidence will be presented to grand jurors this Thursday (July 14, 2022), these sources say.

Where and how will Alex Murdaugh be charged, though?

And more importantly, what sort of evidence-based narrative will be advanced by law enforcement and prosectors in the office of S.C. attorney general Alan Wilson in support of these charges?

Did he act alone? How do they believe he carried out the murders?

Also … why? Will we see any initial theories as to Murdaugh’s possible motive for murder?

First, let’s look at the process: Conventional wisdom holds that any murder charges against Murdaugh would be handled by the South Carolina statewide grand jury. This Columbia, S.C.-based entity – which operates under the auspices of Wilson’s office – has already seen evidence and heard testimony related to multiple investigations involving Murdaugh, his powerful family, the influential law firm it founded and the various corrupt institutions and co-conspirators underpinning his network of alleged criminality.

They have also indicted Murdaugh already on dozens of financial crimes.

Accordingly, it would make sense for this entity to handle the murder charges …

“They have certainly heard a lot of testimony,” one attorney with ties to the unfolding drama told me earlier this week.

According to the attorney, this testimony not only included information related to the financial crimes Murdaugh is staring down – but also information tied to the double homicide.

Another source close to the process concurred with this assessment – saying they believed the statewide grand jury would easily indict Murdaugh on murder charges based on the evidence already presented to its members.

“I saw the jury – the looks on their faces,” the source said. “It’s hard for me to believe they wouldn’t indict him (for murder).”


Nonetheless, sources close to the investigation have confirmed possible murder indictments against Murdaugh will be handled instead by a grand jury in Colleton County – part of the fourteenth judicial circuit where Murdaugh’s family has reigned supreme for more than a century.

“The statewide grand jury is not configured to handle murder charges,” a source close to the situation told me, declining to elaborate.

As readers no doubt recall, Murdaugh was exclusively identified by this news outlet as a “person of interest” in connection with the savage slayings of his wife and younger son. That story ran on June 9, 2021 – less than 48 hours after the murders. Months later, Murdaugh’s attorney Jim Griffin confirmed this reporting.

Maggie and Paul were killed at Moselle – the family’s sprawling 1,700-acre hunting property next to the Salkehatchie River on the border of Colleton and Hampton counties. Paul Murdaugh was hit by a pair of shotgun blasts – one to the head, the other to the arm and chest. Maggie Murdaugh was killed by multiple shots from a semi-automatic rifle at or around the time her son was killed. At least two of Maggie Murdaugh’s gunshot wounds were reportedly inflicted as she was laying on the ground – consistent with initial reports we received of “execution-style” slayings.

Murdaugh reportedly provided investigators with an “ironclad” alibi for his whereabouts at the time of the shootings, and his attorneys told me at the outset of the murder investigation that he was “not a suspect” and had been “cooperating fully” with SLED.

Curiously, police never indicated they were searching for a suspect related to the homicides – and immediately reassured Lowcountry residents there was no “danger to the community.”

Meanwhile, the Palmetto State’s venerable legal community – of which the Murdaugh family has long been a pillar – recoiled at the notion one of their own could have had anything to do with the killings.

“How dare you!” one prominent Lowcountry attorney texted me when my news outlet reported on Murdaugh’s status as a person of interest.

“He is a grieving spouse and father,” another member of the litigious clique warned me. “If this turns out to be nothing – which I am sure it will – you’re going to look like (an asshole).”

More recently, though, Murdaugh defenders have been forced to come to grips with what one source described as a “mountain of evidence” against the attorney. As FITSNews exclusively reported in April, high-velocity impact spatter was found on Murdaugh’s clothes, placing him at the scene of the murders when at least one of the victims was killed. Last month, we reported on audio and video evidence obtained by investigators which called into question statements provided by Murdaugh to investigators.

Last week, we reported on cellular location data which could have assisted investigators in tracking Murdaugh’s movements at the time of the murders – helping them create a timeline for what actually happened versus what Murdaugh and his attorneys told them happened.

FITSNews has also reported that Maggie Murdaugh appears to have been lured to Moselle that night by her husband under the guise of visiting his dying father.


Murdaugh has already been indicted by the statewide grand jury on 79 criminal counts alleging he defrauded multiple victims out of nearly $8.5 million. Two others have been indicted in connection with Murdaugh’s alleged financial crimes. These are just the state charges, too. A federal investigation into the Murdaugh empire is also underway – although no charges have been made public related to that probe.

Murdaugh has also been indicted – along with co-conspirator Curtis “Eddie” Smith – in connection with a plot to stage his own murder, ostensibly so his son could collect a $10 million life insurance policy. The charges related to that plot – which unfolded last September – are the only pending charges against Murdaugh which were not handled by the statewide grand jury. They were heard in Hampton County instead.

Murdaugh is currently incarcerated at the Alvin S. Glenn detention center in Richland County. He is being held on a $7 million surety bond imposed by S.C. circuit court judge Alison Lee. If indicted on murder charges, he would face another bond hearing – perhaps as soon as this Friday.

SLED declined to comment on the specifics of the inquiry – or the timing of indictments.

“SLED’s investigation into the murders of Maggie and Paul Murdaugh is still active and ongoing,” spokeswoman Renée Wunderlich told me. “Agents are committed to the integrity of the investigation, thus no additional information from SLED will be provided at this time.”

UPDATE: Shortly after our report was published, Vicky Ward tweeted that “SLED investigators have just left the home of John Marvin Murdaugh, having told the Murdaugh family that Alex Murdaugh would be charged this week with the murder of his wife and son.”

Banner via: Will Folks/ FITSNews