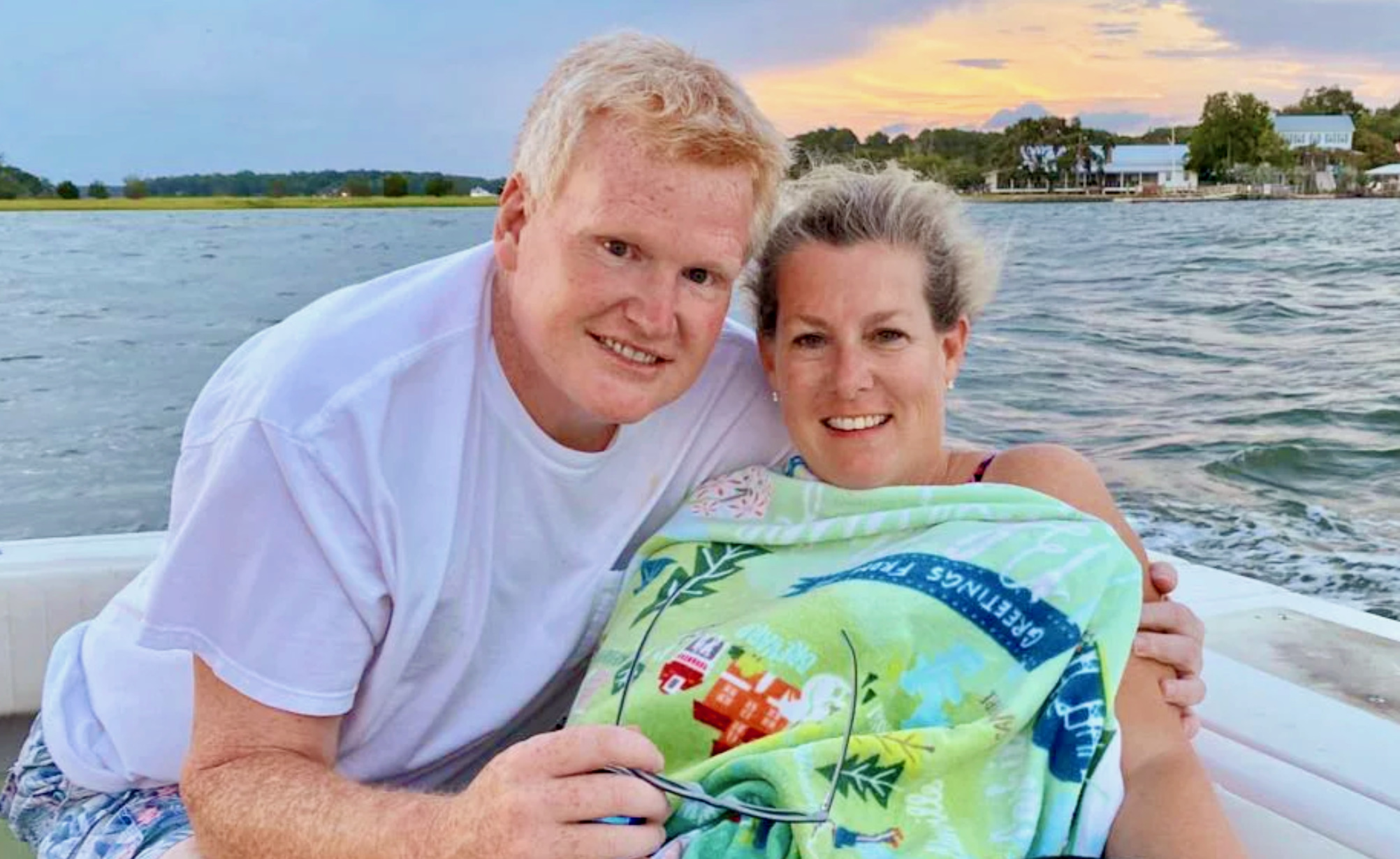 Sources close to the multiple investigations told FITSNews since the double homicide that they were “following the money” to find answers in this case.

That trail has sent the investigation snowballing as it was revealed in September that Alex Murdaugh  — the only publicly named person of interest in the double homicide of his wife and son — allegedly stole millions of dollars from his clients.


Colleton County Probate documents filed this month reveal a troubling financial state for Maggie Murdaugh, the 52-year-old mother of two who was known to flaunt expensive clothes and purses.

John Marvin has been in the spotlight this week after he did two interviews with both The (Charleston S.C.) Post and Courier and The (Hilton Head, S.C.) Island Packet newspapers.

Previously, John Marvin only did one interview with ABC, which appeared on Good Morning America in June and 20/20 in January.

In the Packet article, John Marvin specifically stated that the reason he did the interview was to clear up any “rumors” about his role as personal representative of the estate.

“I talked to (Maggie’s family) and essentially what I told (them) is I’m going to discharge my duties as the PR in a lawful manner that makes them proud, Maggie proud and Buster proud,” he said in the Packet interview. “I want them to know that it’s being handled the best that it can. Everything’s transparent.”

Yet, the documents John Marvin filed in probate court recently present a confusing — and likely incomplete — picture of Maggie Murdaugh’s finances at the time of her death.

Here is what we learned from the documents filed March 22 in Colleton County Probate Court.

According to the documents, Maggie Murdaugh had just $57.77 left in her Bank of America account — the only bank account solely in Maggie’s name listed — at the time of her death.

Now, $4,154 is a lot of money to a lot of people, but not the Murdaughs. Especially considering that Alex Murdaugh is accused of stealing nearly $9 million from more than a dozen clients in the last decade.

One of those Palmetto State Bank accounts Maggie shared with Alex only had $16 in it.

So, did someone drain Maggie’s accounts around the time she died? Were the Murdaughs in deep financial trouble last June?

It is possible that these aren’t all of the accounts that Maggie Murdaugh had access to prior to her death.

John Marvin listed these accounts in the section “joint with right of survivorship” — specifically where he was asked to list “any non-probate property jointly owned” by Maggie Murdaugh.

According to documents, the total amount of money listed in Maggie Murdaugh’s account couldn’t pay her mortgages.

Maggie appeared to be asset-rich, sort of

At the time of her death, Maggie Murdaugh had an estimated worth of $4,160,0000 total in real estate holdings between her ownership of the Moselle property and the Edisto home.

Maggie Murdaugh was the sole owner of Moselle after Alex sold it to her in 2016 for $5.

It appears that they weren’t paying their mortgages …


Recently, John Marvin Murdaugh sought to sell the Moselle property and pay off a more than $2 million mortgage held by Palmetto State Bank, a family-owned Hampton County bank that also has been accused of playing a role in Alex Murdaugh’s alleged financial crimes.

According to the probate documents, Maggie owned an estimated $111,500 in other assets, including:

This has been one of the biggest questions surrounding Maggie Murdaugh’s murder since last June.

In the probate filings, John Marvin wrote “none” when asked to list the insurance on the life of the decedent, which is payable to the estate.

He also wrote “none” under life insurance that would be payable to the beneficiaries.

However, sources close to the investigation have said they have a hard time believing that Maggie Murdaugh didn’t have any life insurance.

For nearly a century, the Murdaughs made millions of dollars by suing insurance companies through their law firm.

Are we really supposed to believe that Maggie Murdaugh wouldn’t have had life insurance?

Especially when we know for a fact that Alex Murdaugh had a big life insurance policy on himself.

Remember, after his alleged “suicide for hire” ordeal, he told police that the main reason he wanted Eddie Smith to shoot him on the side of the road that day was so his son Buster could collect on his $10 million life insurance policy.

If is possible that there was a life insurance policy that wasn’t listed?

But remember, John Marvin said he was being as transparent as possible when it came to his role as PR.

In the documents, John Marvin Murdaugh claimed that Maggie Murdaugh didn’t have any stocks or bonds, nor did she have a retirement account. Specifically, he wrote “none” when asked to list any stock, bonds and retirement accounts payable to the estate or to the beneficiaries.

Maggie had a lot of unpaid bills

On top of owing more than $2 million in mortgages at the time of her death, Maggie Murdaugh owed $2,435.55 to Coastal Electric Cooperative Inc., likely for unpaid electric bills.

She owed $6,500 for unpaid bills to a Summerville interior design company. The bills were due in April and June 2021. Some of those items that were placed at the Moselle home before Maggie was murdered included:

While these might seem like strange details to report on, these bills raise a lot of questions.

If Maggie Murdaugh was truly cash poor, why would she be spending this kind of money on redecorating Moselle?

She also owed more than $1,300 on her Belk Rewards Mastercard and more than $500 on an Amazon credit card.

According to The Daily Mail, a source close to the family said that Maggie had been worried about their financial situation in the months leading up to her murder.

The source told the Daily Mail that Maggie was upset because a check she had written to a local charity had bounced a few months before the murders.

Did something happen to change the Murdaugh family’s financial state last spring?

FITSNews will continue to dig into this. Stay tuned...

Editor’s Note: This story is a news analysis by Mandy Matney, who has been covering the Murdaugh family since 2019.

Incumbent South Carolina Trustees Get Vote Of No Confidence

I want to go live with Mandy Matney on Hilton Head in South Carolina that’s all I got to say.

‘Wondering how Mandy and her husband might feel about that ;)

Seems impossible that there was not big liability insurance on Moselle, a valuable property with a mortgage. Would think Alex figured he could find a way to collect big for two accidental deaths.