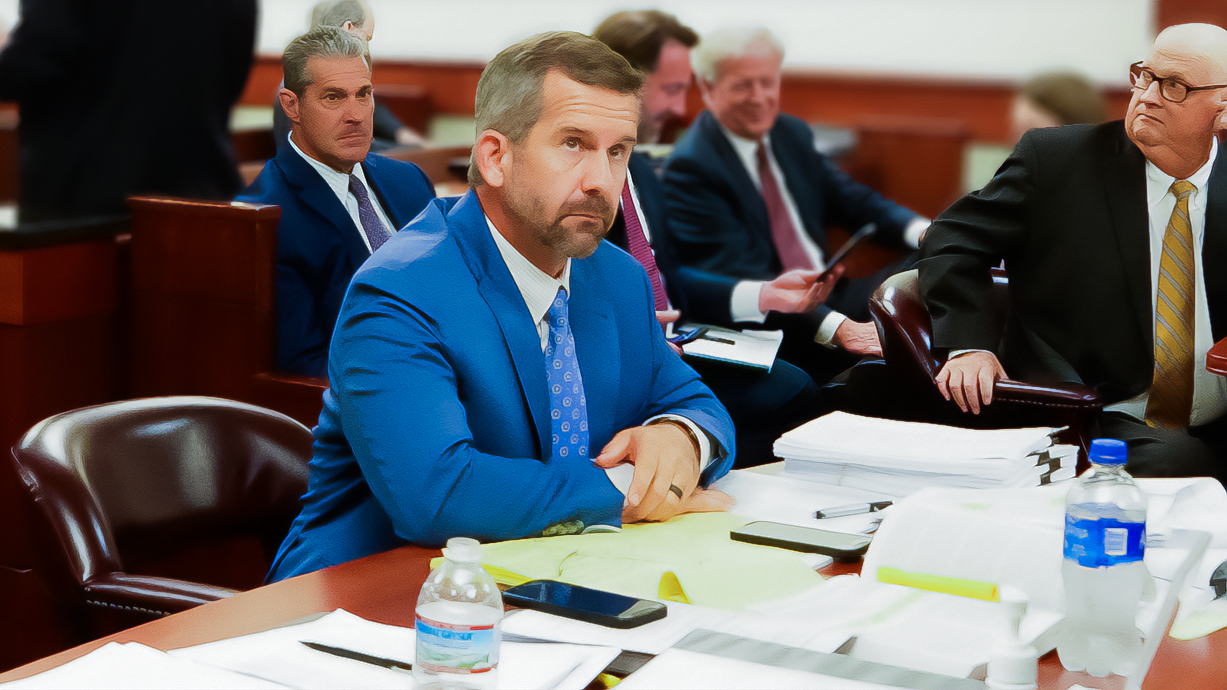 Attorneys for Savannah, Georgia convenience store czar Greg Parker have filed a motion in a high-profile civil lawsuit tied to the ‘Murdaugh Murders’ crime and corruption saga. The goal of this filing? To kick their rival attorney off of one of the cases …

According to the filing (.pdf), Allendale, South Carolina-based attorney Mark Tinsley – who is representing the family of the late Mallory Beach against Parker and other defendants in multiple lawsuits – should be disqualified from one of the cases based on several “improper actions.”

Tinsley is representing the Beach family in a wrongful death case targeting the now-notorious family of accused killer Alex Murdaugh and another against defendants tied to the increasingly infamous Parker.

He is also representing the Beach family in a conspiracy lawsuit related to the unauthorized disclosure of confidential mediation materials by those allegedly in the employ of Parker and his Parker’s Kitchen chain of gas stations.

Both of these cases stem from a February 24, 2019 crash which killed Beach (above), a 19-year-old from Hampton, S.C., in the prime of her life – and thrust the now-notorious Murdaughs into the statewide limelight.

Beach was flung into the cold, dark waters upon the boat’s impact – her body discovered a week later by fishermen.

The boat allegedly driven by Paul at the time of the crash belonged to Alex Murdaugh, the disbarred 54-year-old attorney who now stands accused of killing both Paul and 52-year-old Maggie Murdaugh, Alex’s wife and Paul’s mother. Incidentally, those murders were committed just three days before Alex Murdaugh was scheduled to appear in court to answer for his failure to provide financial records to the Beach family attorneys.

According to Parker’s attorneys, Tinsley should not be allowed to continue representing the Beach family in the conspiracy case because he has had “improper communication” with a represented third party in the dispute and because of his “improper and unlawful receipt and review of privileged documents.”


Most significantly, though, the filing claimed Tinsley has “disqualified himself from being an attorney representing any party in this action” due to his alleged “contravention of the advocate-witness rule,” which is a section of the South Carolina rules of professional conduct.

According to this rule, “a lawyer shall not act as advocate at a trial in which the lawyer is likely to be a necessary witness.”

Tinsley has referred to the allegations as “specious and completely contrived.”

At the heart of this “advocate-witness rule” debate are Tinsley’s interactions with journalist Vicky Ward, who co-produced a recent documentary related to the Murdaugh saga.

According to Tinsley, Ward told him last September that she purchased portions of a “Beach case file” from attorneys representing Parker.

Ward has repeatedly denied purchasing any such materials.

“I’ve never bought any materials for use in a proposed documentary about the Murdaughs,” she said in a statement provided to this news outlet last December. “Nor have I ever met, or spoken to, Greg Parker or his lawyers.”

According to the filing from Parker’s attorneys, Tinsley is a “necessary witness” in the conspiracy case “because his testimony is material and relevant to the issues being litigated in this action.” In fact, the lawsuit claimed Tinsley is the “only witness (who) could testify to the alleged statements” attributed to Ward (emphasis original).

“There is no other support for them,” the complaint asserted.

Tinsley disputed that contention – stating he is not required to testify in the upcoming trial because there are other witnesses to Ward’s statements.

“I’m not the only one she said it to,” Tinsley said.

Additionally, multiple sources familiar with the case have said Tinsley is in possession of audio recordings of conversations with Ward from last September – recordings which he has played for them.

Price is scheduled to hear multiple motions in the conspiracy case later this month, however.