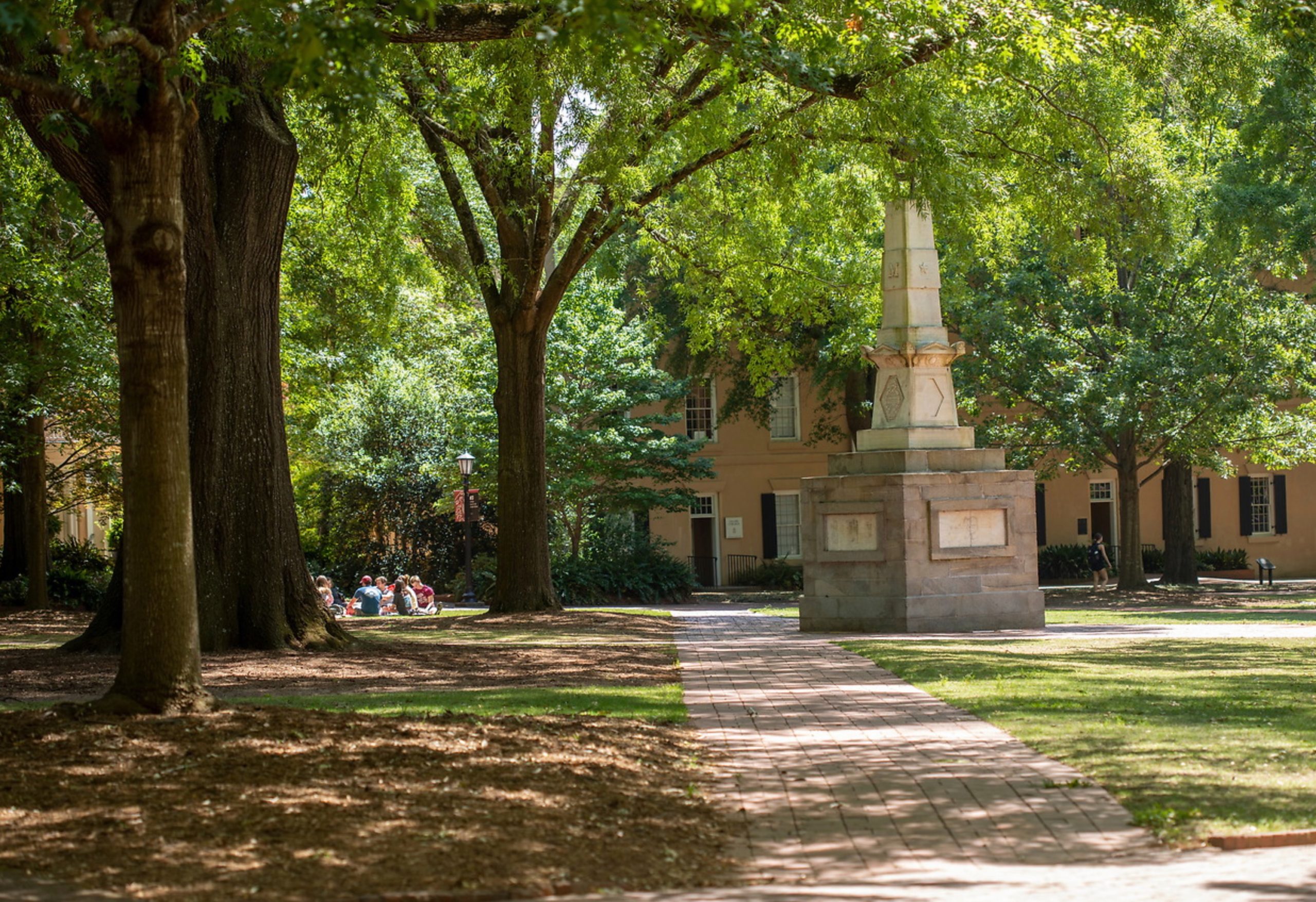 As I reported yesterday, five incumbent trustees at the University of South Carolina – the Palmetto State’s so-called “flagship” institution of higher learning – received a vote of no confidence from a legislative panel regarding their nominations for new terms.

Technically, the panel voted to carry over the nominations of the five trustees – Charles H. Williams, C. Dorn Smith III, John C. von Lehe, Thad Westbrook and C. Edward “Eddie” Floyd – for terms that would keep them on the governing board of this free-falling institution through 2026.

The trustees weren’t fired, nor were their nominations scuttled … lawmakers simply declined to whip out the rubber stamp and instead said “not yet.” Wait a few weeks.

The reason for this delay? Take your pick …


Regular readers of this news outlet will recall the South Carolina board of trustees basically set itself on fire during the rigged search process resulting in the hiring of its former president, retired U.S. Army general Robert Caslen.

How did Caslen’s tenure at the school end?  Not well. The 68-year-old Connecticut native was forced to resign from his post last May after this news outlet exclusively reported on allegations of plagiarism in a commencement address.

Caslen also slurred his words, couldn’t remember the name of his own school and appeared to mock the pastor who delivered the ceremony’s invocation during his erratic commencement address.

Did the trustees who chose Caslen fare any better in selecting his replacement? Not really …

“Once again, the school’s board of trustees is doing its best impression of a dumpster fire careening out of control into an increasingly unruly rodeo of goats,” I wrote at the time.

As these candidates appeared before lawmakers this week, one member of the S.C. Senate – Dick Harpootlian – seemed especially well prepared to grill them. Except Harpootlian wasn’t focused on the real issues plaguing the university – soaring tuition costs, unsustainable student debt, failed “economic development” deals, backsliding athletics or the ongoing indoctrination of future generations into the far left’s “new orthodoxy.”

Instead, his goal appeared to be going after these trustees on a personal level – hoping to exact revenge on them on behalf of whomever was feeding him dirt.

Which according to my sources was more than one person …

“Harpootlian is just a repository for score-settling,” one lawmaker told me, claiming Democrats were still upset at McMaster for pushing Caslen on the school. “That’s what this is about.”

Others played the parlor game … hoping to guess which former school official or disgruntled donor was leaking him information. These sources also fancied me as some sort of Lady Whistledown on that front. Personally, I think those looking for Harpootlian’s sources – like those looking for his message carriers – should probably cast a wide net.

Say what you will about the man, but his network is unrivaled.


Does Harpootlian’s conduct trouble me? Not necessarily. All of the trustees he grilled this week had it coming to them. Also, Harpootlian landed at least one direct blow when he got Floyd to admit to improperly influencing the former dean of the South Carolina law school – convincing him to accept a student who initially failed to qualify for the school.

According to Floyd, the student’s father was a “personal friend.”

Such brazen favoritism happens all the time in South Carolina … no one ever admits to it, though.

Floyd needs to step down. Not due to this unethical act, mind you, but because he is among the primary architects of the ongoing South Carolina goat rodeo – not to mention one of the preeminent defenders of results-challenged athletics director Ray Tanner.

Harpootlian also appropriately hammered Dorn – the chairman of the board – over tax liens, but he protected former National Basketball Association (NBA) star Alex English from similar criticism. English – a new trustee – was “screened out” by lawmakers despite concerns related to his financial disclosures.

He was the only incumbent who received a “hall pass” from Harpootlian.

So … where is this drama heading? And more importantly – what is it accomplishing? In a video clip cut yesterday afternoon, I expressed doubt that Harpootlian’s theatrics would result in any meaningful change at the “flagship” institution (which happens to be my alma mater).

“My assumption is that influential legislative leaders will exact specific concessions from these trustees (better tickets to football games?) and then allow them to go on their merry way of continuing to turn South Carolina’s largest government-run institution of higher learning into a steaming conflagration of canine fecal matter,” I noted. “Or perhaps a better metaphor would be equine fecal matter?”

That’s a reference to the mythical Augian Stables – the fifth labor of Hercules (and a situation literally so full of sh*t that no one could clean it up).

The only answer in my estimation? Privatization … something my news outlet has been championing for years.

The University of South Carolina – and every other government-funded taxpayer institution in the Palmetto State – must be set free to pursue its destiny in the private sector. Taxpayers have no business subsidizing another day of this nonsense, which I have repeatedly reminded readers is not a core function of government.