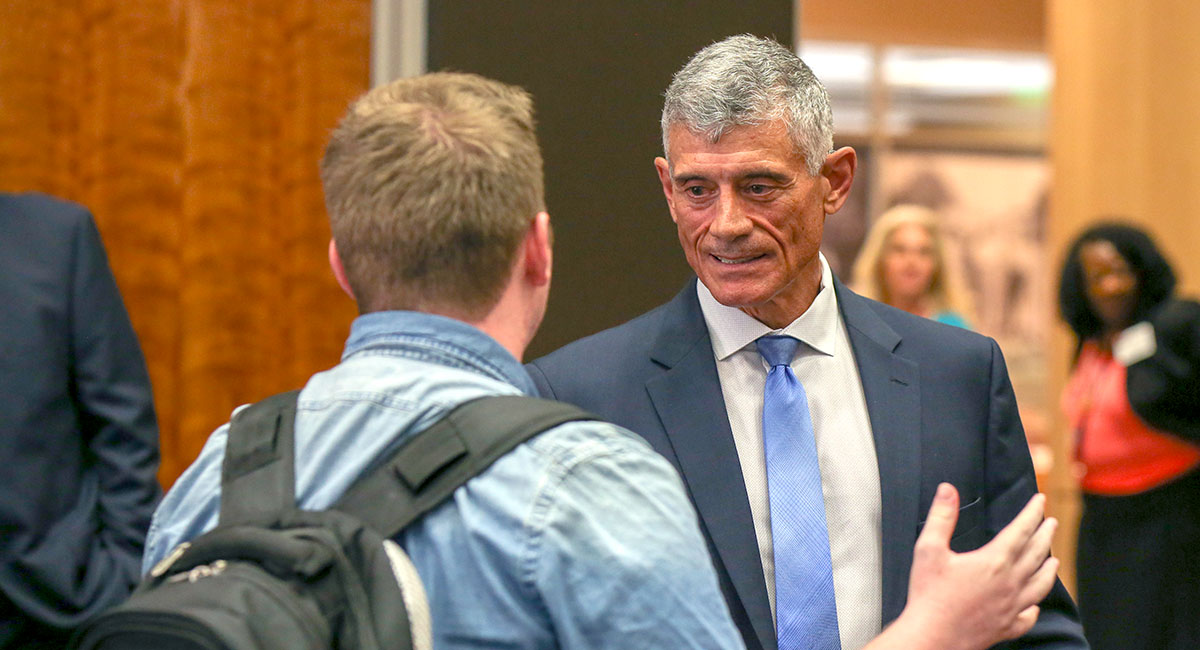 Late Wednesday evening, I was busy preparing this news outlet’s budget for the coming day (i.e. the list of stories we planned on covering). At the top of the agenda? An anonymous tip I received from a graduate of West Point. According to this source, the academy’s former superintendent – retired lieutenant general Robert Caslen – plagiarized a fellow officer in his 2018 farewell address to the corps of cadets.

This allegation was relevant, obviously, because earlier in the week Caslen – who until yesterday was the 29th president of the University of South Carolina – admitting plagiarizing an excerpt from a commencement address delivered seven years ago at the University of Texas by retired U.S. Navy four-star admiral William H. McRaven.

News of Caslen’s plagiarism – which occurred in a trio of speeches delivered (unevenly, I would add) on May 7-8, 2021 – was first reported here.

At some point in the aftermath of the initial plagiarism allegation – which broke in wide circulation earlier this week – Caslen submitted his resignation to South Carolina board chairman Dorn Smith. However, Smith declined to accept it. As questions swirled regarding the legitimacy of that process – specifically whether Caslen should have sent his letter to the entire board – sources familiar with the situation tell me the embattled president was confronted with additional allegations of plagiarism.

Late Wednesday, Caslen resigned to the entire board … and his letter was accepted. Around the same time, all of his prior speeches were removed from his official website (although they are still available on internet archives).

I learned that the best and brightest are not necessarily on campuses or in the corporate boardrooms. Don’t ever think for a minute that those running around on some college campus or in some corporate business have anything on you. They don’t. You are privileged to have the one advantage that all of them covet – you will know many of life’s truths, you’ll know about the goings on in Iraq, Korea, Afghanistan, Syria, Iran, and many other places. You will know some of life’s hard truths and some of its purest devotions. You will never have to guess.

Now, here is a speech delivered by retired lieutenant colonel Randolph C. White to graduating infantrymen at Fort Benning, Georgia in August of 2006 (with the excerpt allegedly plagiarized by Caslen beginning at the 3:55 mark) …

Oddly enough, Caslen referenced White (and his 2006 speech) earlier in his 2018 remarks to cadets – but then moved on to personal anecdotes from his own experience as a soldier. When he returned to White’s remarks, there was no mention of who originally delivered the words.

Even worse, Caslen (or his speechwriter) made a few minor changes to the language in an apparent effort to distinguish it from the original text – as he appears to have done with McRaven’s 2014 commencement address.

“He didn’t forget to attribute this part to White, he intentionally changed around some of the words to make it seem like his own,” the West Point graduate told me.

Caslen’s tenure at South Carolina began and ended under clouds of controversy. Readers will recall he was controversially tapped for the job in the summer of 2019 after governor Henry McMaster and his powerful donors on the university board managed to convince a narrow majority of trustees to appoint him.


How did Caslen far after he got the job? Not well … after a rocky start, things stabilized a bit for him but as I pointed out in my original treatment of this saga he did absolutely nothing to change the trajectory of this institution. Under his administration, the school’s stagnant academics, backsliding athletics, liberal indoctrination and all manner of taxpayer-funded speculation continued.

Speaking of … in the aftermath of Caslen’s resignation, South Carolina trustees selected former university president Harris Pastides to replace him on an interim basis.

In the meantime, the perpetual, politically driven chaos at South Carolina’s “flagship” university continues to underscore a point I have been making for years – namely that all institutions of higher learning in the Palmetto State should be immediately privatized. The sooner we set these schools free to pursue their destiny in the private sector – free from political meddling and taxpayer subsidization – the better off they will be.

And the better off taxpayers will be …