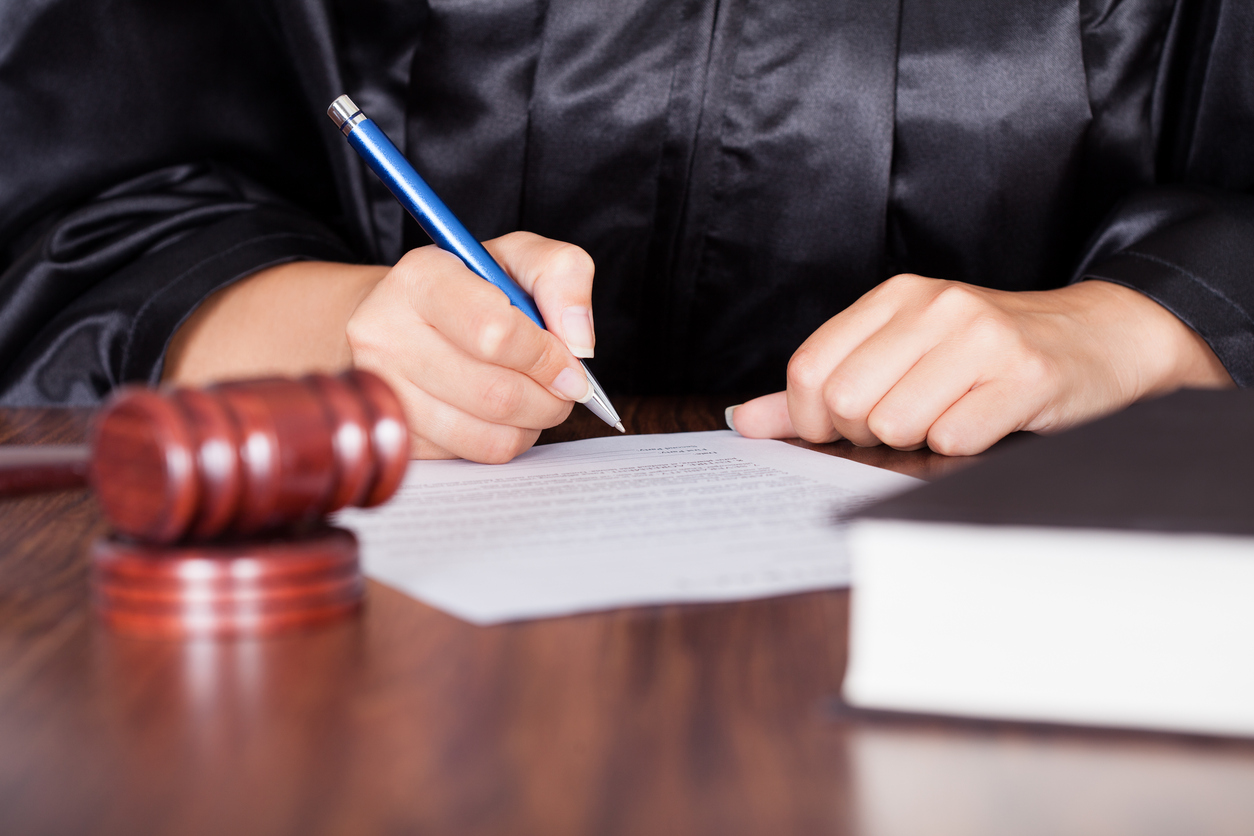 A furious debate is underway as to whether South Carolina circuit court judge Carmen Mullen improperly communicated with defense attorneys during #ProbeGate – a multi-year investigation into corruption in state government.

As a result of these allegedly improper ex parte communications – and Mullen’s alleged bias toward the defendants represented by these attorneys – she has been urged to recuse herself from the case by S.C. first circuit solicitor David Pascoe.

“You can file any motion you want I am not going to recuse myself because I know that I am fair and impartial,” the 49-year-old California native angrily told Pascoe.

Should she recuse herself, though?

We think so … but first let’s get caught up on what led us to this acrimonious legal battle.

Back in mid-December of last year, Quinn resigned his office and pleaded guilty to one charge of misconduct in office, part of a plea agreement that led to charges being dropped against his father – influential “Republican” strategist Richard Quinn.  This deal also reportedly kept charges from being filed against one of Quinn’s sisters, Rebecca Quinn Mustian (who recently launched a new communications firm with her sister, Raegan Quinn Smith).

As part of the plea agreement, Pascoe had argued that Rick Quinn should serve a full year behind bars.  According to the prosecutor, Quinn was “the most corrupt lawmaker” in Columbia, S.C. – a key cog in an elaborate pay-to-play network benefitting the powerful corporate and governmental interests represented by his father’s firm.

“I ask that he serve every day of that (sentence),” Pascoe urged Mullen, saying that the court needed to “send a message” to other corrupt lawmakers.

Mullen declined … instead choosing to sentence Quinn to two years of probation.

She also repeatedly rebuffed Pascoe’s efforts to revisit Quinn’s plea deal – which has become the focus of significant controversy following our exclusive report in late January.

What’s the problem with Quinn’s plea?  We’re still not entirely clear on that, although in Pascoe’s filing last month, he alleged that Mullen – a former staff attorney for the S.C. House of Representatives – urged him prior to the December hearing to “go light on the facts so the plea won’t blow up.”

Pascoe contends this admonition was indicative of bias in favor of the defendant.

Why does all of this matter?  Because in addition to hearing the appeal of Quinn’s controversial sentencing decision, Mullen is scheduled to preside over the trial of suspended state senator John Courson later this month in Richland County, S.C.

Courson – who is being prosecutor by Pascoe – is facing an ethics charge for allegedly converting campaign funds to personal use as well as a criminal conspiracy charge and three misconduct in office charges.   Three of the indictments against him were filed last March, while two were filed last October.

The 73-year-old politician – a longtime ally of the Quinns – has been suspended from office for nearly a year pending the outcome of the case.

Can Mullen be expected to impartially preside over Courson’s case in light of her increasingly contentious public feud with Pascoe?  We think not … which is the basis of our belief that she should recuse herself.

We’re not saying Mullen has done anything wrong – in fact this news site has written favorably about her in the past.  We just think her ability to call balls and strikes related to this matter has been compromised.

“There’s no way she will hear this trial impartially at this point,” one #ProbeGate witness told us.

There are also inconsistencies regarding the timing and nature of the alleged ex parte communication – which Mullen is said to have initiated.  For those of you unhip to legal jargon, ex parte is Latin for “one side only” and refers to a judge having conversations with one party to a legal action (or that party’s attorneys) outside the presence of the other party (or the other party’s attorneys).

Mullen originally denied have had ex parte communication with defense attorneys, telling Pascoe “you better have something to back it up.”

Later she acknowledged such ex parte communication indeed took place, but claimed it was after all parties consented to it.  The timing of this consent could prove critical, as Mullen and defense attorneys insist it was agreed upon at some point prior to Quinn’s guilty plea.

Pascoe is not so sure … and in the event he has documentation of such conversations taking place prior to granting his consent, Mullen could find herself in serious trouble.

Of course there’s a flip side to that coin.  We’re told several South Carolina attorneys are preparing to file a complaint against Pascoe (above), alleging he has impugned Mullen’s integrity without evidence – which could potentially put the prosecutor in a sticky wicket in the event he has nothing to back it up.

Mullen certainly seems to believe that to be the case.

“You need to move on,” she told the prosecutor in court earlier this week. “Again, you’ve made this personal and it’s not personal.”

“Judge I have not made it personal I have made it about the law,” Pascoe responded.

Whoever is in the right … the fact remains Mullen has been engaged (and is actively engaging) in a high-profile spat with a prosecutor scheduled to appear in her court on March 19 to argue a case that’s likely to have profound repercussions on the Palmetto State’s political landscape.  Moreover, Mullen is set to preside over this case amid unresolved allegations of bias toward political allies of the defendant.

Whether Pascoe has evidence of judicial impropriety or whether he baited Mullen by making baseless allegations against her, the fact remains Mullen took the bait … and is now neck-deep in a political, legal and public relations war with the prosecutor.

We believe she should end that war by recusing herself and turning this case over to another judge.

Don’t Call It A #QuinnBack