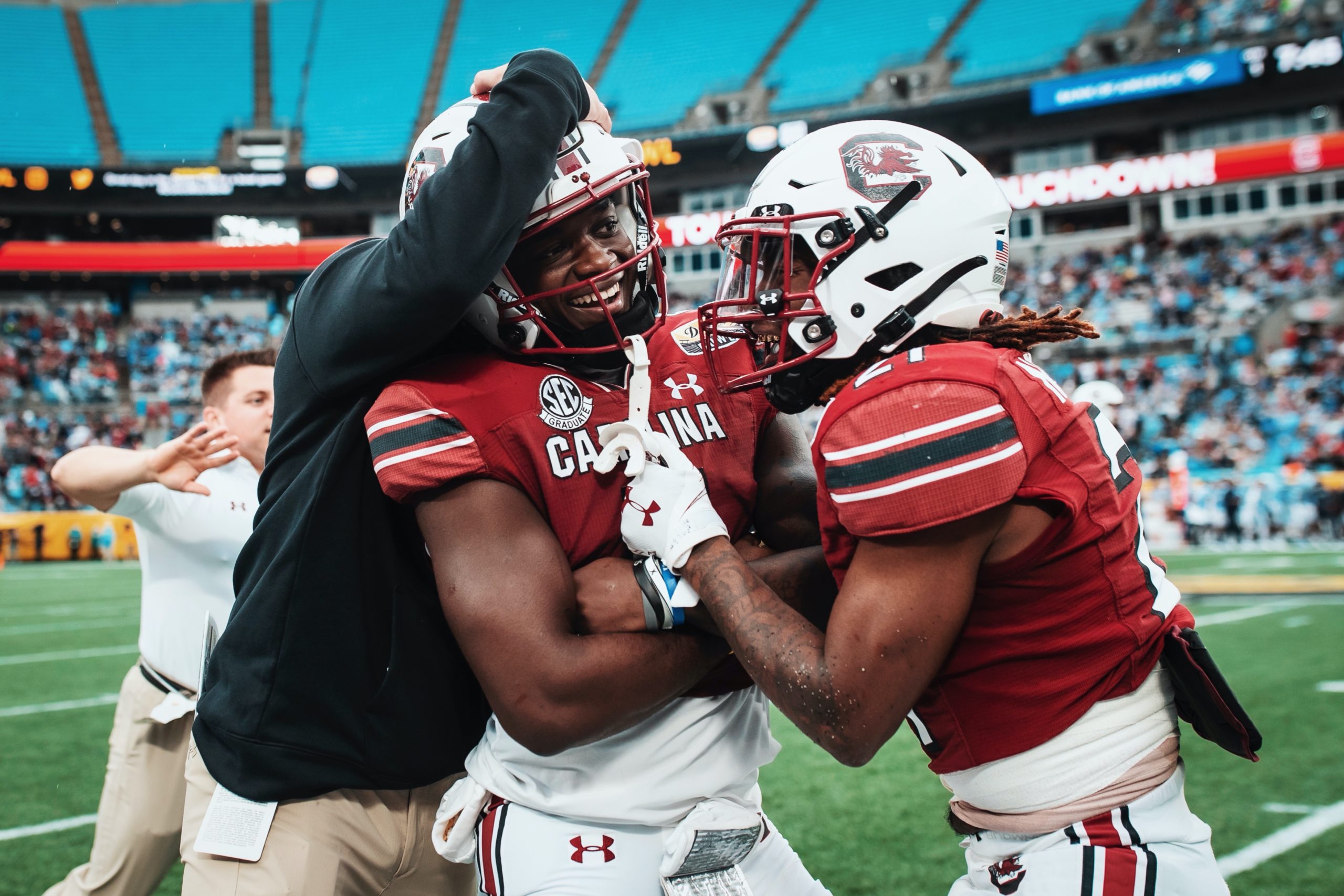 In a season that began with the lowest of expectations – which the program seemed well on its way to meeting – the University of South Carolina football team rallied to capture its first bowl victory since 2017 and secure its first winning season since 2018 under first-year head coach Shane Beamer.

Beamer continued to silence (if not disprove) his critics during the Gamecocks 38-21 Duke’s Mayo Bowl victory over North Carolina – a team which entered the season ranked No. 9 in the nation under legendary head coach Mack Brown.

The Tar Heels (6-7, 3-5 ACC) came into Thursday’s contest in Charlotte, N.C. as 9.5-point favorites, but fell into an 18-0 hole in the first quarter as embattled Gamecock offensive coordinator Marcus Satterfield dialed up his best game of the year.

Satterfield’s offensive unit was one of the worst in the nation in 2021, but you would have never known it based on the clinic it put up against the Tar Heel defense. Rotating quarterbacks Dakereon Joyner and Zeb Noland – and feeding a shellshocked North Carolina defense a steady diet of preseason all-SEC tailback Kevin Harris – Satterfield kept the Tar Heels off balance and on their heels (literally) all game.

The Gamecocks (7-6, 3-5 SEC) exploded for a season-high 543 yards – including a season-high 182 yards from Harris. The bruising 5-foot-10, 220-pound tailback from Hinesville, Georgia reverted to his explosive 2020 form after being held in check for most of the 2021 campaign. Meanwhile, Joyner – in his first extended action at the quarterback position in more than two years – completed all nine of his pass attempts for 160 yards, including a 69-yard dime to sophomore tight end Jaheim Bell that opened the scoring.

Noland added a 66-yard scoring strike to Bell (above) – who finished the game with five catches for a career-high 159 yards.

Placekicker Parker White also had a huge game, breaking the school’s all-time scoring record with a 30-yard field goal in the first quarter. The redshirt senior from Mount Pleasant, S.C. added two more field goals before the afternoon was done to pad his margin in the school’s record books.

Beamer’s thoughts after the big win?

“Honestly I’m thinking ‘Oh my God, I gotta go do this mayo bath thing,'” he told ESPN’s Taylor McGregor, referring to the ceremonial dousing of the victorious coach in the corporate sponsor’s artery-clogging emulsion. “It means we won, but that’s about the only good thing.”

“It’s amazing what a little bit of confidence and a little bit of joy will do,” Beamer added, leading the Gamecock faithful in a rousing chant at Bank of America stadium.

Addressing Gamecock fans after the game, Beamer set his aspirations for the program much higher than victory in a second-tier postseason bowl.

“We can accomplish everything here at this university,” Beamer said. “We’ve got the greatest fans in the country, unbelievable academics, fantastic resources – we’ve won national championships in other sports at Carolina, and there’s no reason we can’t do it in football as well.”

Somebody cue Panic! At The Disco, right? Because this guy’s got “high hopes.”

South Carolina’s last bowl game was a fiasco – a humiliating 28-0 defeat at the hands of Virginia in this same series (which was known at the time as the Belk Bowl). The last Gamecock bowl victory took place on January 1, 2018 when former head coach Will Muschamp’s squad came from behind to defeat the Michigan Wolverines in the 32nd annual Outback Bowl.

Muschamp had the Gamecocks humming after that bowl win … but his program regressed each year thereafter prior to him being fired on November 15, 2020.


Can Beamer continue turning things around? I had significant reservations about his hiring … and still do, honestly. In a recent post, I noted how Beamer had thus far succeeded only in silencing his critics. He has yet to consistently prove them wrong.

Still, the momentum surrounding the Gamecock program is undeniable. In addition to the big bowl win, earlier this month Beamer scored a major coup for the Gamecock program when former Oklahoma University quarterback Spencer Rattler and tight end Austin Stogner announced they would be enrolling at South Carolina this coming spring – availing themselves of the “transfer portal.”

Beamer coached both players during his stint as an assistant head coach at Oklahoma from 2018-2020.

Rattler will have three years of eligibility at South Carolina and is expected to start at quarterback for the Gamecocks in 2022. A preseason Heisman Trophy candidate heading into this season, he threw for 3,031 yards and 28 touchdowns in 2020. The 6-foot-1, 200-pound native of Phoenix, Arizona also ran for 160 yards and six scores a year ago.

South Carolina was 0-7 in bowl games prior to winning the 1995 Carquest Bowl over West Virginia following the 1994 season. Since then, the Gamecocks have posted a 9-6 mark in postseason play.