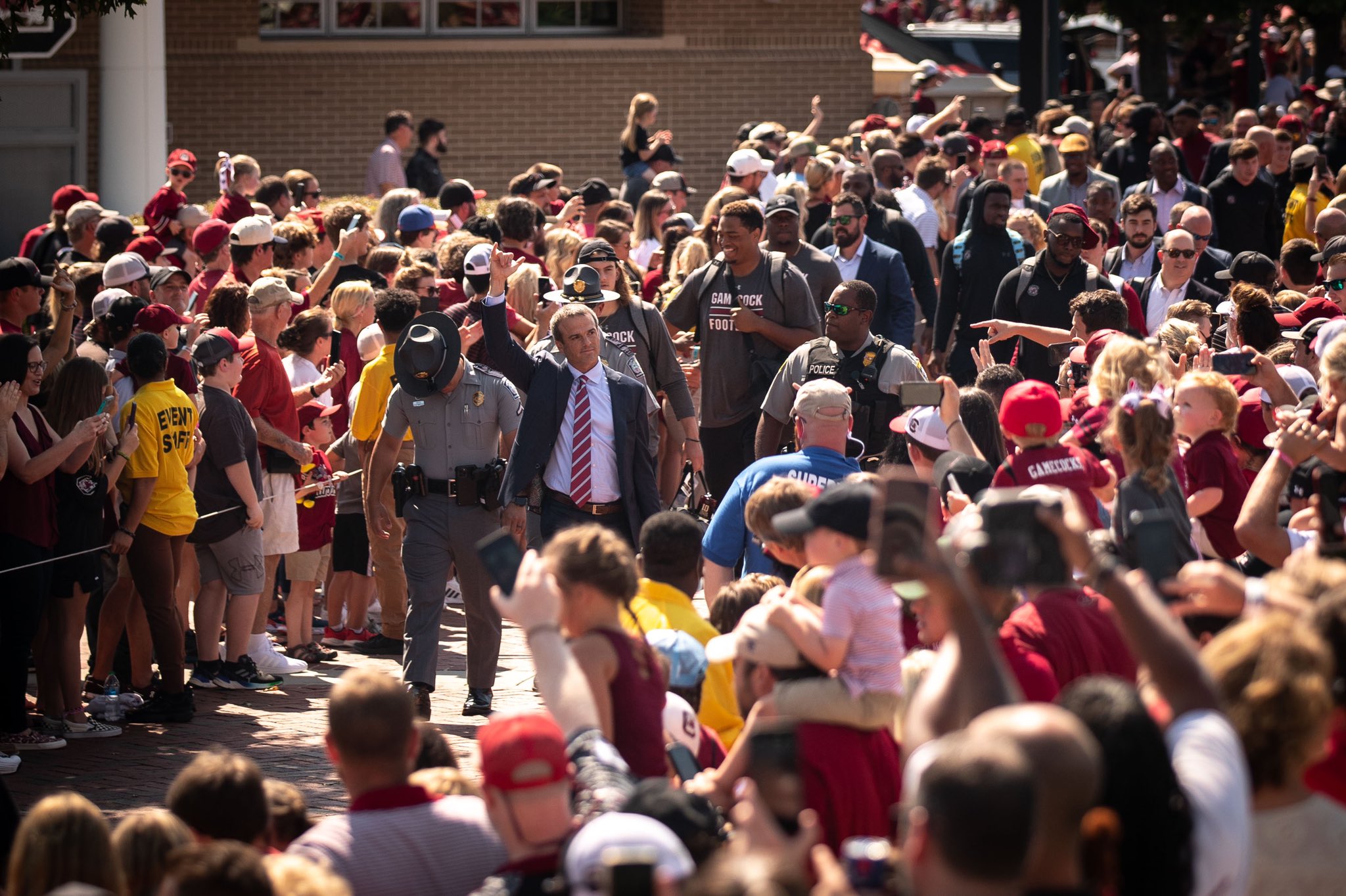 Two weeks ago, I addressed the utter ineffectuality of the University of South Carolina football team when it comes to amassing yards and scoring points under first-year offensive coordinator Marcus Satterfield. In case you missed that exhaustive excoriation, click here.

My point was simple: While first-year head coach Shane Beamer obviously has plenty of leeway when it comes to this season’s results (which have technically already met expectations) – he can ill afford to fall into the trap of former head coach Will Muschamp.

During his five years in Columbia, Muschamp was never able to find a good offensive coordinator … and the talent he managed to recruit to the program actually regressed under the tutelage of his staff. Especially on the offensive side of the ball.

Speaking of “regression,” that’s the perfect word to describe South Carolina’s offense through the first two-thirds of the 2021 season. Were it not for the points Satterfield’s offense scored in its season-opener against Eastern Illinois (a bottom-tier FCS team) – and against the second/ third team defenses of Georgia, Tennessee and Texas A&M – it is frightening to think just how atrocious the Gamecocks’ offensive numbers would be.

Oh, and let’s not forget about the three touchdowns scored by South Carolina’s defense – or a fourth score tallied by the punt team.

Actually, the numbers are atrocious … even when you consider all of those caveats. Out of 130 Football Bowl Subdivision (FBS) programs, South Carolina currently ranks No. 112 in scoring offense, No. 114 in total offense and No. 108 in red zone offense.

Believe it or not, those numbers are worse than any put up during the Muschamp era.

Beamer’s reaction? On Sunday evening – a day after his offense managed to put up an anemic fifteen yards during the first three quarters against Texas A&M – the 44-year-old rookie head coach addressed concerns about Satterfield and whether he had any plans to strip him of his play-calling duties.

“No thought of that,” Beamer responded.

Asked whether he still had confidence in Satterfield, Beamer initially demurred – opting to apportion heaping spoonfuls of blame for yet another embarrassing loss to the Aggies on the Gamecocks’ defense and special teams, as well.

Pressed for a response, Beamer again declined to single out Satterfield or the ineptitude of the Gamecock offense – once again categorizing the humiliating loss as a team endeavor.

“My confidence level is fine in all of our coaches,” he said. “No one is happy with where we are. We’re 4-4, and didn’t play well last night. We all have to be better, myself included, and the ten assistant coaches and every single person in that building. We all had a hand in last night. We all need to have a sense of urgency to get it right.”

Sure … but the sense of urgency has to be most pronounced on offense, right?

“Like I told you guys in the post-game press conference, after every single game, win or lose, we look at it as a staff and look internally as far as the things we did well, the things we didn’t do well, what we got to do better, what we’ve got to do from a preparation standpoint to be better, personnel issues that we didn’t do a good job of game planning for, or whatever it may be, and that’s after every game – whether it’s a great win or an ugly loss,” Beamer added.

Look, I like Beamer. He’s got great energy. He’s (obviously) loyal. He has a pedigree. And he’s a proven recruiter of talent. And as previously mentioned, he obviously has a long leash in Columbia … especially seeing as there is absolutely zero accountability for outcomes under the “leadership” of Gamecock athletics director Ray Tanner.

But these comments are troubling – and Beamer’s refusal to address the underlying problem is even more troubling. Also, blaming his defensive players – including senior free safety Jaylan Foster (the national leader in interceptions) – sends a terrible message. South Carolina’s defense is hardly an elite unit – and has struggled mightily on third downs, in particular – but first-year coordinator Clayton White’s players continue to be placed in untenable positions by Satterfield’s slumping offense.

If Beamer isn’t going to do anything to deal with the problem, the very least he can do is refrain from tarring everyone in the locker room with the same brush.

I have previously described Beamer’s hiring by Tanner last December as “terrible on paper,” and I stand by the odds presented prior to his inaugural campaign in Columbia.

“There is a 10 percent chance (he) becomes an elite college football coach – taking the Gamecock program to new heights,” I noted in a post back in May. “But there is also a 40 percent chance he becomes a middle-of-the-road hire who enjoys only marginal success and a 50 percent chance he winds up (becoming) another Muschamp – or worse.”

Again, I hope I am wrong. But these odds will only grow longer for Beamer if his program continues to repeat the mistakes made by Muschamp …