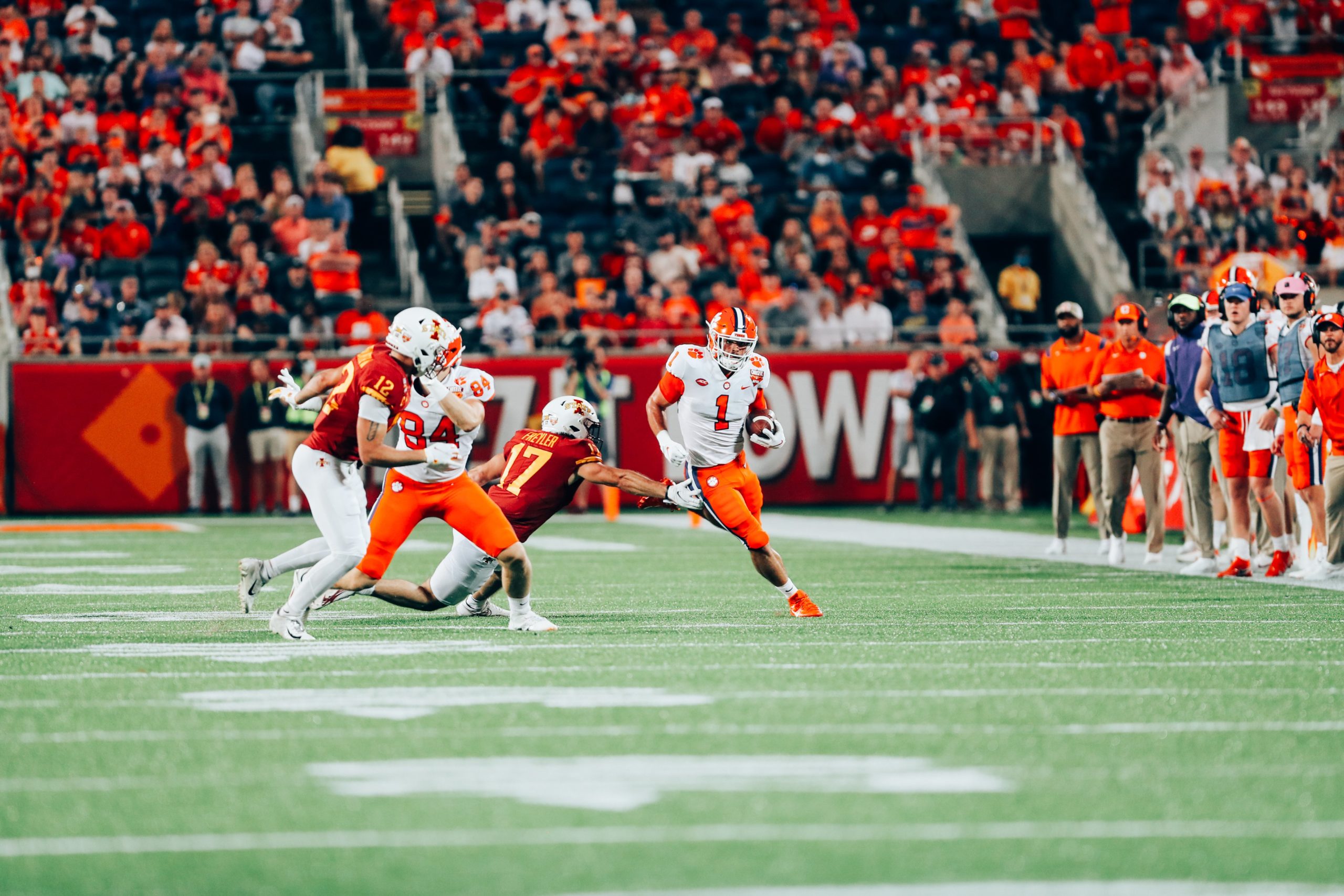 Earlier this month, I penned an incisive critique of the Clemson University football program after it lost defensive coordinator Brent Venables to the Oklahoma Sooners.

That column – which you can read here – got many Tiger fans riled up.

Why? I’m not sure, exactly. I’ve been saying for years that Venables was the key to Clemson’s recent championship run, so no one should have been surprised to hear me call his departure a “devastating loss” for the program.

As a coach and as a recruiter, Venables has been the best in the business for a solid decade – and once again, I am not distinguishing between head coaches and assistants in making that assessment. Dabo Swinney? He’s a good hype man, but the core of Clemson’s championship culture has been Venables’ ability to produce elite defensive units year-in, year-out.

Well, defense and recruiting – which was Venables’ other forte.

That reminds me: As of this writing, Clemson’s 2022 recruiting class is ranked No. 14 nationally according to ESPN. Assuming that ranking holds, it would snap a streak of seven consecutive top ten recruiting classes for the program (a run which included the nation’s top-ranked class in 2020).

Venables’ departure is clearly going to sting. The only question is … how much?

On Wednesday, Clemson played its first game without Venables (and without offensive coordinator Tony Elliott, who recently accepted the head coaching position at Virginia). The Tigers’ 20-13 win over Iowa State in the Cheez-It Bowl wasn’t pretty – offering a microcosm of the program’s underwhelming 2021 campaign.

As it has all season, the Tigers’ defense – led for the first time by new coordinator Wes Goodwin – turned in an impressive performance. Goodwin’s unit held Cyclones’ fourth-year quarterback Brock Purdy in check – including a forced fumble by defensive back Mario Goodrich with under a minute to play that clinched the victory.

Purdy recovered the forced fumble, but the yardage he lost on the play cost Iowa State a game-extending first down – allowing Clemson to run out the clock.

Goodrich, the most valuable player of the game, also scored on a bizarre double-deflection interception return in which Purdy momentarily mistook himself for a member of the Iowa State women’s volleyball team …

Clemson’s defensive effort was certainly made much easier by the absence of Cyclone tailback Breece Hall. The 6-foot-1, 220-pound Wichita, Kansas native – who led the nation in rushing this year with 1,572 yards (and set a school record with 23 total touchdowns) – opted out of the bowl game so as to avoid injury ahead of the 2022 NFL draft.

Clemson had no opt-outs – a list which included Goodrich and fellow defensive back Andrew Booth Jr., a former five-star recruit from Dacula, Georgia who has been one of the best defensive backs in the nation the past two years running. Booth is a projected first-round pick in this spring’s draft.

Tiger players, coaches and fans touted the lack of opt-outs as part of the “all in” culture Swinney has built during his thirteen-and-a-half years as head coach at Clemson – and that’s certainly a valid point.

While its defense dominated, the Tiger offense continued to struggle. First-year starting quarterback DJ Uiagalelei capped an underwhelming season by completing 21 of 32 passes for 187 yards with no touchdowns and one interception. The heralded recruit – who filled in admirably a year ago for No. 1 overall draft pick Trevor Lawrence – finished the season with only 2,246 yards passing. Uiagalelei completed just 55.6 percent of his passes and actually threw more interceptions (10) than touchdowns (9) this year.

Yeah … those are not the sort of numbers that make people remember how to correctly spell (or pronounce) one’s last name.


There were some numbers worth recalling from Clemson’s 2021 season, though. Even though the Tigers missed out on the College Football Playoff (CFP) for the first time since 2014, the program registered a ten-win season for the eleventh consecutive year. Only Alabama and Florida State have ever done better – with the Seminoles recording ten-win seasons from 1987-2000 under former head coach Bobby Bowden and the Tide accomplishing the feat from 2008-2021 under Nick Saban.

This year’s Clemson team also deserves tremendous credit for the way it finished a “disappointing” campaign. After a road loss to No. 12 Pittsburgh on October 23 dropped Swinney’s squad to 4-3, the Tigers reeled off six straight wins to close out the campaign – including a thrashing of then-No. 10 Wake Forest, a shutout of arch-rival South Carolina (on the road) and the bowl win over Iowa State.

That’s certainly something the 52-year-old coach – who claimed his 150th career victory on Wednesday – can build upon as he seeks to maintain the “Clemson culture” in the wake of Venables’ departure.

It won’t be easy, though … and while the “Venables’ void” may not have been felt during this week’s bowl game, make no mistake it is the single biggest thing to happen to Clemson football since Swinney hired the star coordinator away from Oklahoma following the 2011 season.

#GamecockFB: Deebo Does It Again