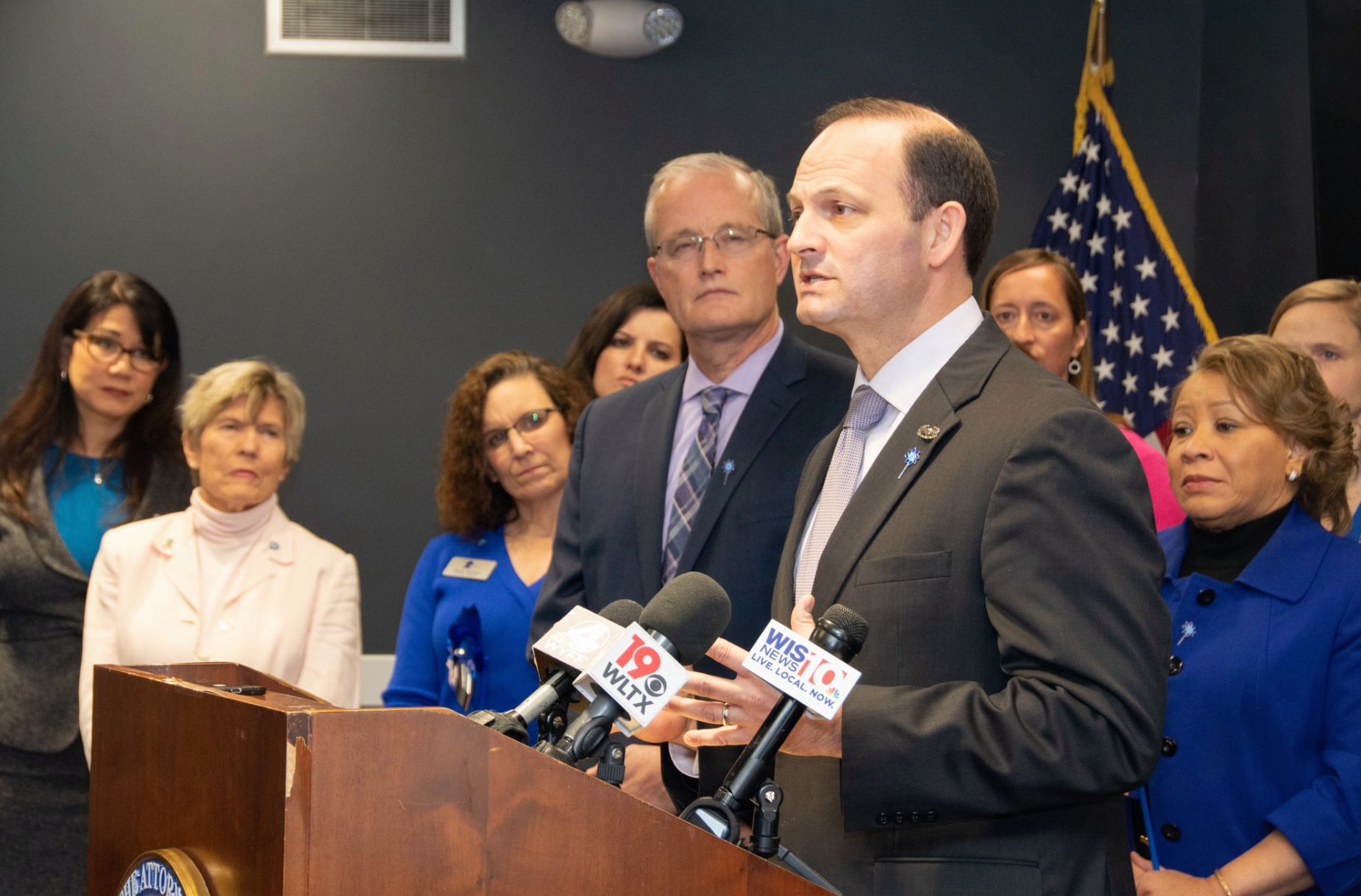 South Carolina attorney general Alan Wilson’s office will prosecute any charges – and handle any appeals – filed in connection with the ‘Murdaugh Murders’ double homicide. The office will also handle any charges and appeals filed in connection with related criminal investigations into this prominent Palmetto State family. That’s according to multiple sources familiar with the current thinking of the state’s top prosecutor.

Wilson has not announced his decision to take the Murdaugh case because, as of this moment, no charges have been filed in connection with any of the criminal inquiries related to this family – which is currently at the center of a made-for-Hollywood unspooling.

“There’s no case to take right now,” a source close to Wilson told me this week. “But there is no indication he intends to reassign anything to another solicitor.”

Wilson was not immediately available to comment on the matter. And his spokesman, Robert Kittle, declined to address the reports.

While it is true no charges have been filed in connection with any Murdaugh-related investigations, last month’s belated decision by S.C. fourteenth circuit solicitor Duffie Stone – a longtime friend and political ally of the Murdaugh family – to recuse himself in all matters related to the June 7, 2021 murder of 52-year-old Maggie Murdaugh and her son, 22-year-old Paul Murdaugh, means the decision on prosecutorial delegation lies squarely with Wilson.

Actually, the decision was Wilson’s all along …

Wilson, 48, is a Republican from Lexington, S.C. who was first elected attorney general in 2012. The son of U.S. congressman Joe Wilson, he has been reelected twice since then – deftly rehabilitating himself in the aftermath of a bitter political battle with a rival Democratic solicitor.

Typically, such referrals take place when one solicitor has a conflict of interest involving a defendant or victim in a criminal matter.

Speaking of conflicts, Stone’s recusal has refocused suspicion on R. Alexander “Alex” Murdaugh – who was identified by this news outlet on June 9, 2021 as a “person of interest” in connection with the murders of his wife and son at Moselle, a 1,700-acre property which borders the Salkehatchie River in Colleton and Hampton counties.

Murdaugh is the one who discovered the bodies of his family members – although he reportedly provided law enforcement with an “ironclad” alibi for his whereabouts at the time they were killed.

Still, many believe Stone’s recusal from the case – which was made public on August 25, 2021 – was a clear indicator that the ongoing investigation into the Moselle slayings was drawing a bead on him. Furthermore, many believe the announcement of Stone’s recusal sparked the chaos that began unfolding in this case over the Labor Day weekend.

As this news outlet exclusively reported, on September 4, 2021 Alex Murdaugh was the “victim” in a suspicious roadside shooting seven miles from the property where his wife and son were killed. In the aftermath of this shooting, his attorneys – most notably criminal defense lawyer Jim Griffin of Columbia, S.C. – have used the mainstream media to advance a shaky, still-shifting story that Murdaugh was shot by a passing motorist while changing a run-flat tire on his Mercedes-Benz sport utility vehicle. Unfortunately, facts emerging from the crime scene do not seem to support Griffin’s ever-evolving version of events.

The investigation into the shooting of Alex Murdaugh – as well as the double homicide inquiry – is being led by the S.C. State Law Enforcement Division (SLED). So far, SLED has kept a tight lid on both probes – releasing only bare bones information to the media. As of this writing, there have been no arrests made in connection with either incident, nor have any suspect(s) identified.

In addition to these inquiries, Murdaugh is among the members of his family currently under Investigation by a statewide grand jury for alleged obstruction of justice in connection with a February 2019 boat crash in which his late son Paul allegedly got drunk and crashed his boat into the piling of a bridge in Beaufort county, S.C.

Alex Murdaugh (and perhaps other members of his family) are alleged to have obstructed justice in the chaotic aftermath of that crash – which claimed the life of 19-year-old Mallory Beach of Hampton, S.C.

To its credit, Wilson’s office distinguished itself by its handling of the boat crash prosecution. Specifically, Paul Murdaugh was indicted on three felony boating under the influence (BUI) charges in connection with the crash – charges which could have landed him behind bars for decades.

Sources familiar with the investigation have said Paul Murdaugh could have faced additional charges prior to the case going to trial – had he lived. They also said senior deputy assistant attorney general Megan Burchstead was pushing for “extended’ jail time for Murdaugh as a condition of any plea agreement reached with defense attorneys on the charges that were filed against him.

“She was driving a hard bargain,” one source familiar with the negotiations told me.

In other words, concerns that the Murdaugh family’s extensive influence might result in prosecutors to “going easy” on Paul Murdaugh proved utterly unfounded. The attorney general’s office handled the case exactly as it should have.

Back in June, I made my views on the upcoming cases clear …

“I believe it is up to (Wilson) to step in and assume control over all prosecutions related to the Murdaugh murders – as well as any related cases,” I wrote in mid-June.

In addition to the boat crash obstruction probe, the double homicide inquiry and the investigation into Alex Murdaugh’s bizarre roadside shooting, SLED is also actively investigating another homicide with purported links to the Murdaugh family – the 2015 murder of 19-year-old Stephen Smith, whose death was initially misclassified as a “vehicular hit and run.”

Another investigation could be forthcoming related to the 2018 death of 57-year-old Gloria Satterfield, a Murdaugh family housekeeper who died in a suspicious “trip and fall” incident at the family’s home.

I believe Wilson’s office should handle any prosecutions stemming from those cases as well. Similarly, I believe any criminal charges stemming from recent embezzlement allegations leveled against Alex Murdaugh by members of his law firm – Peters, Murdaugh, Parker, Eltzroth and Detrick (PMPED) – should be handled by the attorney general and his staff.

As noted in previous coverage, PMPED has made a fortune over the years trying cases in Hampton county – a so-called “judicial hellhole” where local juries friendly to the firm regularly doled out huge verdicts against any number of corporate defendants. Additionally, three generations of Murdaughs served as solicitor (or district attorney) for Allendale, Beaufort, Colleton, Hampton and Jasper counties between 1920-2006 – dispensing justice to citizens and businesses as they saw fit while amassing unrivaled influence over politicians, judges, law enforcement leaders and other attorneys in the area (and across the state).

Another Reason To Hate The Columbia SC Police