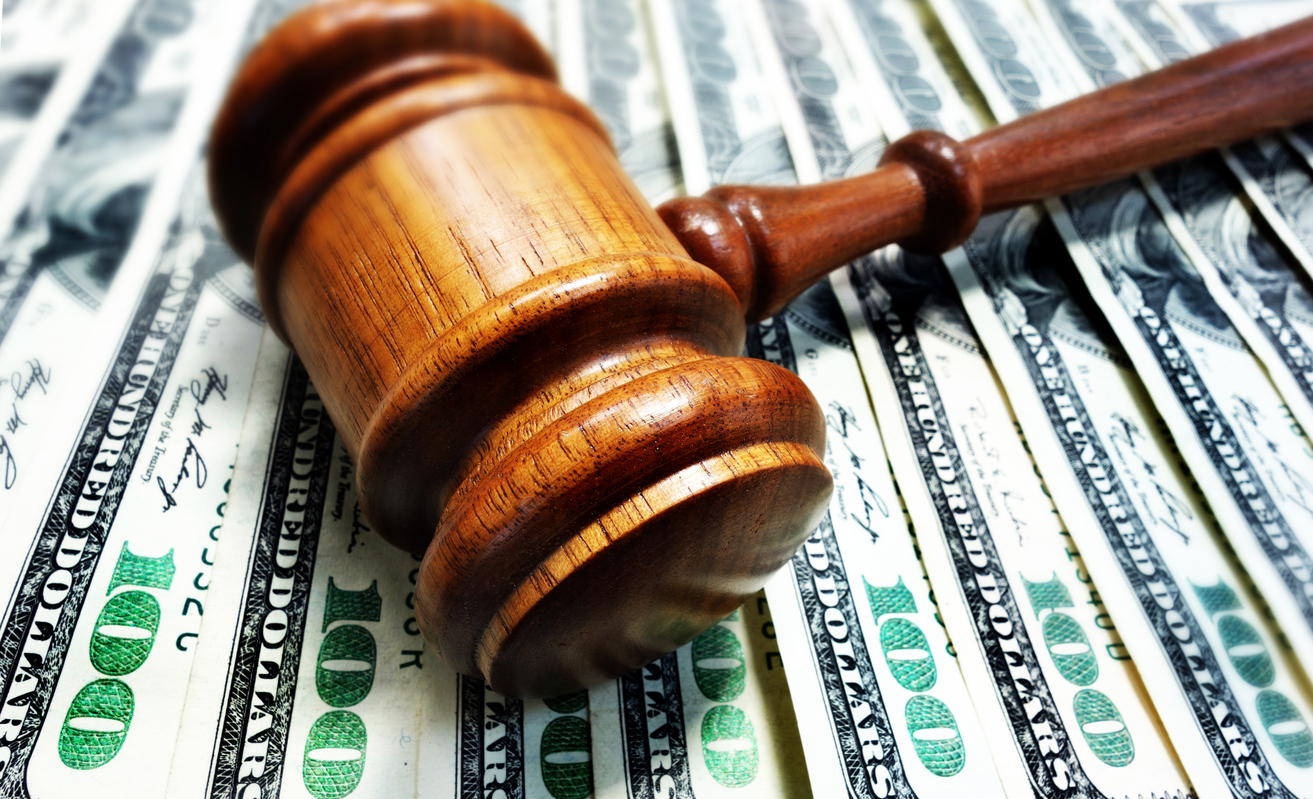 A day after it was implicated in one of the scams allegedly perpetrated by its former partner, Alex Murdaugh, the Lowcountry law firm founded by the Murdaugh family has filed a lawsuit against the disgraced 53-year-old lawyer.

Peters, Murdaugh, Parker, Eltzroth and Detrick (PMPED) filed its suit in Colleton county on Wednesday in what appears to be the latest damage control move aimed at interposing additional distance between its partners and the man at the center of the still-unraveling ‘Murdaugh Murders’ true crime saga.

According to the pleading (.pdf), the firm’s partners found out in early September that “during the course of his employment with PMPED, Alex Murdaugh was converting client and PMPED money to his own personal use.”

Specifically, the suit accused Murdaugh of creating a “fictious (sic) entity” which provided “no services and … no products for sale,” an entity which he used exclusively to convert monies owed to the firm and its clients into personal funds.

No dollar amount was ascribed to the artifice, however sources close to the firm have previously claimed Murdaugh stole more than $10 million from them.

“Alex Murdaugh was able to covertly steal these funds by disguising disbursements from settlements as payments to an annuity company, trust account or structured settlement for clients or as structured attorney’s fees that he had earned when in fact they were deposited into the fictious (sic) account at Bank of America,” the suit alleged.

According to the lawsuit, PMPED uncovered this purported scheme on September 2, 2021 after discovering a check made out to Murdaugh from another law firm laying unattended on his desk at the firm’s three-story brick headquarters in Hampton, S.C.


“A check was found on his desk from the other law firm,” the suit alleged. “According to the notation on the check, it was a partial payment of the fees at issue. However, the check was made payable to “Alexander Murdaugh, Esq.” and not PMPED. It had been deposited into a personal account for Alex Murdaugh and not PMPED.”

What a convenient discovery, right?

South Carolina’s venue statutes were changed in 2005, thankfully, making it much harder for plaintiffs’ attorneys to go “jury-shopping” for big judgments.

The lawsuit did not name the other firm involved in the case, but the discovery of this check allegedly prompted a “review of prior settlements of cases Alex Murdaugh resolved.”

According to PMPED’s lawsuit, Murdaugh admitted to the fraud during a meeting with the firm’s partners on September 3, 2021. At this meeting, he tendered his resignation from the firm his family founded – and which still employs his brother, Randolph Murdaugh IV. The following day – the same day Murdaugh was involved in this bizarre shooting incident on a rural Hampton county roadside – PMPED claimed it notified the Hampton county sheriff’s office and the S.C. State Law Enforcement Division (SLED) “of the suspected criminal activity” of Alex Murdaugh.

It is not clear whether these notifications were made before or after Murdaugh allegedly conspired with an individual believed to be his “personal drug dealer” to shoot him in the head so his surviving son, Buster Murdaugh, could collect on a $10 million life insurance policy.

Obviously, that is a critical distinction …

In addition to notifying law enforcement, the firm has “retained a forensic accounting firm to being a through review of all financial activities of Alex Murdaugh while employed at PMPED,” according to the suit. That review – which is being conducted by a Columbia, S.C. accounting firm – is “ongoing.”

“Just a sincere suggestion, they may not want that forensic accountant they hired to dig too deeply,” a researcher currently reviewing various Murdaugh and PMPED-related holdings for this news outlet noted.

In its lawsuit, PMPED claimed it had “reimbursed all client trust accounts (which) have suffered a known loss as a result of Alex Murdaugh’s action while he was an employee of PMPED” on behalf of its clients. However, the pleading added “it is anticipated that additional information may become known that could lead to more losses to PMPED as it protects its clients’ interests.”

Ever since PMPED first leveled these allegations against Murdaugh – just two days after the roadside shooting – I have been exceedingly skeptical of the eleventh-hour claims.

On September 12, 2021, I published a column posing some pointed questions about its allegations …

My recap also raised the question of whether the embezzlement allegations were just the beginning of a much larger scandal – one which could soon “metastasize” far beyond the family, the firm and the fourteenth judicial circuit, a five-county region of the Palmetto Lowcountry where the Murdaughs (and PMPED) have operated with impunity for decades.

The day after my story ran, SLED announced it had opened a criminal investigation into the firm’s finances – although it is worth noting PMPED never requested this inquiry.

SLED launched the criminal probe independently … one of six active investigations involving Alex Murdaugh, his family and the firm. SLED chief Mark Keel has been adamant his agents will pursue these inquiries “no matter where the facts lead us,” a promise which looks increasingly ballsy by the day.

Skepticism of PMPED’s damage control campaign only escalated this week when our news director Mandy Matney published this exclusive report detailing the firm’s links to an apparent insurance settlement scam involving Murdaugh and multiple other parties.

This alleged scam involved payouts from a wrongful death settlement owed to the heirs of Gloria Satterfield, who was the Murdaugh family’s housekeeper for more than two decades prior to her death following a suspicious “trip and fall” at the Murdaughs’ Hampton, S.C. home in February 2018.

Satterfield’s death is currently the focus of a separate SLED investigation.

PMPED previously denied having any role in the Satterfield settlement, but documents uncovered by Matney disproved this assertion. Eric Bland – an attorney representing Satterfield’s family – pounced on the inconsistency.

“It’s hypocrisy at its best,” Bland said. “To claim that they’re victims of Alex’s fraud…. maybe if they did a better job of supervising their attorneys like the rules of professional conduct say…. maybe this wouldn’t have happened.”