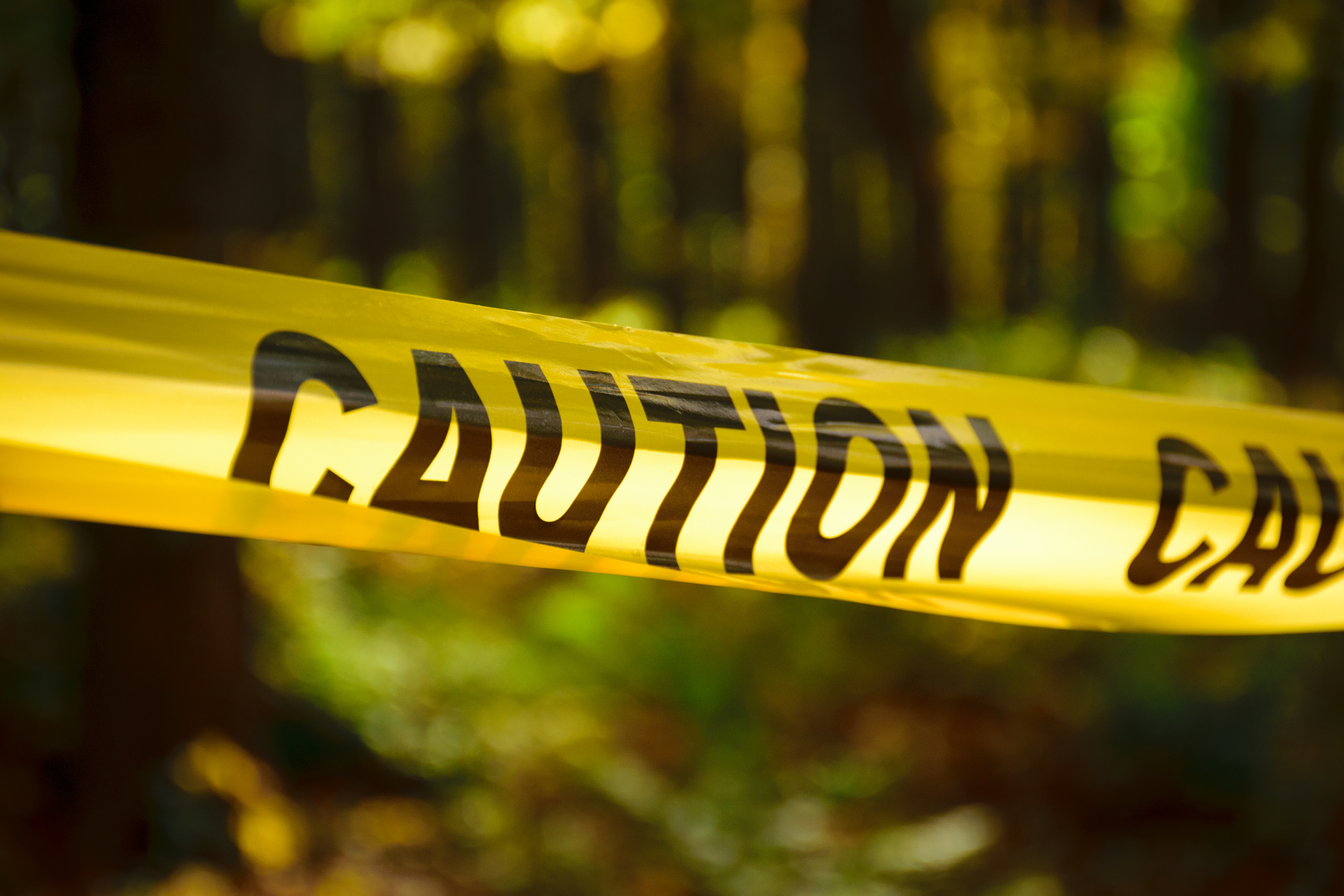 Over the last few weeks, the floodgates have opened on the ’Murdaugh Murders’ true crime saga. The September 4, 2021 roadside “shooting” of 53-year-old South Carolina attorney Alex Murdaugh thrust this high-profile drama back into the national limelight – and ever since, the hits have kept-a-coming.

First, the roadside shooting narrative put forward by Murdaugh and his high-powered defense attorneys in the aftermath of the incident quickly imploded- yielding the first criminal charges in connection with this sprawling set of inquiries.

Now imploding? The legal empire Murdaugh and his family built over the last century in the S.C. fourteenth judicial circuit, a five-county region spanning the predominantly rural, southernmost reaches of the Palmetto State.

This allegation escalated the saga significantly … and prompted the S.C. State Law Enforcement Division (SLED) to launch a criminal inquiry into the firm’s finances.

Where is that investigation headed? Who knows … but sources familiar with the probe have told me it has the potential to metastasize into a much broader graft and corruption inquiry, one impacting numerous law firms, financial institutions and public officials. Oh, and judges.

Also, the firm’s assertion that its partners were “shocked and dismayed” to have discovered Alex Murdaugh “lied,” “stole from us” and “betrayed our trust” has failed to score high on the index of earnestness.

“They are shocked, shocked to find that money laundering is going on in here,” one Lowcountry attorney told me, mimicking the famous line from the 1942 movie Casablanca.

“No one believes a word they say anymore,” one local source told me.

Meanwhile, the Murdaugh family history – warts and all – is beginning to see the light of day. And some of the rabbit holes appear to be leading into much deeper, darker narratives.

Needless to say, the whole thing has left even this writer searching for words … and I am a bone fide logodaedalian, people.

Anyway … as news director Mandy Matney continue feeding each other fresh lengths of rope to spelunk still deeper into the abyss of the Murdaugh saga, it is important to remember one of the highest-profile inquiries related to this family remains a crime scene. An especially graphic one, at that.

I am referring, of course, to the June 7, 2021 murders of 52-year-old Maggie Murdaugh and 22-year-old Paul Murdaugh. Alex Murdaugh claimed to have discovered the bodies of his wife and youngest son on the family’s 1,700-acre “Moselle” hunting property on the Salkehatchie river (straddling the border of Colleton and Hampton counties).

Nearly four months after the slayings, there have been no arrests made in connection with the Moselle murder investigation. Nor has SLED named any suspects – or offered up any narrative to explain what its investigators believe happened at around 9:00 p.m. EDT on that fateful night. As previously noted, the investigation into these murders has been shrouded in secrecy – opening the case up to all manner of speculation.

Regular readers of this news outlet will recall Alex Murdaugh was identified very early on in the investigation of the Moselle homicides as a ‘person of interest‘ in connection with the murders of his family members.

The only thing we know for sure about the direction of the investigation is this: Alex Murdaugh went completely off the rails not long after it was publicly revealed that S.C. fourteenth circuit solicitor Duffie Stone had belatedly recused himself from having any further role in the investigation.

Stone is an intimate of the Murdaugh family – which supported his bid for election in 2006 and has backed him ever since. Until earlier this month, Alex Murdaugh carried a solicitor’s badge and “served” as an assistant to Stone, although it is not immediately clear who was subservient to whom in that relationship.

Stone initially refused to recuse himself from the Murdaugh investigation, saying there was “no clear suspect” in the case. Sources close to the inquiry have told me Stone “refused to accept” that anyone from the Murdaugh family could have been connected to the killings.

On August 11, 2021, however, Stone sent a letter to the office of S.C. attorney general Alan Wilson asking him to “assume all prosecutorial functions” related to the Moselle investigation “considering the events of today’s SLED investigation.”

This letter was not made public until August 25, 2021 – and Stone never elaborated on what “events” he was referencing in his letter.

Less than two weeks later, though, Alex Murdaugh went off the deep end. And since then, very little has been written about the status of the double homicide investigation.

In the new Netflix series The Defeated – a crime noir drama set in post-World War II Berlin – a homicide investigator named Max McLaughlin (portrayed by Canadian actor Taylor Kitsch) is dispatched by the American government to the allied sector of the former Welthauptstadt Germania for the ostensible purpose of training a new generation of German police.

In one of this first lessons to his German charges, McLaughlin tells them a crime scene is “like a stove turned off” – that with each passing second the opportunity to make something of the facts confronting them grows colder.

Is that happening in the Murdaugh case?

While SLED has been nothing short of a lock box when it comes to this case (even the agents providing support for the investigation have been intentionally kept in the dark as to its progress), that does not mean progress is not being made.

This week, for example, my news outlet has confirmed SLED investigators spoke with at least two individuals who had conversations with Paul Murdaugh at Moselle shortly before he was killed. I have further confirmed one of these individuals – 25-year-old Rogan Gibson – was the person whose name was included (albeit redacted) on a dispatch log released by SLED shortly after the killings.

It is not immediately clear whether Rogan Gibson spoke with Paul Murdaugh in person or over the phone prior to the latter’s murder. At least one of the interactions SLED reportedly investigated was a phone interaction, however.

As has been its custom from the beginning of this saga, SLED declined to discuss any particulars related to the investigation. The agency has made it clear it is pursuing all leads – emphatically, at that – it just hasn’t revealed anything as to what those leads might be.

Gibson (above) is one two brothers – 27-year-old Brody Gibson is the other – who grew up next door to the Murdaugh family in a house located at 519 Holly Street in Hampton, S.C. Both boys played baseball with Paul’s brother, Buster Murdaugh, and their father Robert Gibson is a baseball coach at North District middle school in Varnville, S.C.

“Both of these Gibson boys were high school baseball stars,” one local source recalled.

The property on Holly Street owned by the Gibson family was sold in June of this year, incidentally.

Of interest? Last December, Brody Gipson found himself in hot water in Limestone county, Alabama where he was indicted for engaging in a sex act with a student under the age of nineteen.

This news outlet has been doing a deep dive on the Gibson brothers over the last few days, seeking to establish their proximity to the Murdaugh brothers at the time of the killings – and before. As of this writing, there is nothing to suggest either of them are in any way connected to the murders of Paul or Maggie Murdaugh – although SLED has declined to discuss individuals it has excluded from speculation in the double homicide inquiry.

As of this writing, all we know is Alex Murdaugh remains a “person of interest” in connection with the ongoing investigation.

Once again, SLED is currently involved in at least six separate criminal inquiries involving the Murdaugh family and the PMPED law firm. For a refresher on those cases, click here. Also, several civil actions targeting the family are also underway.