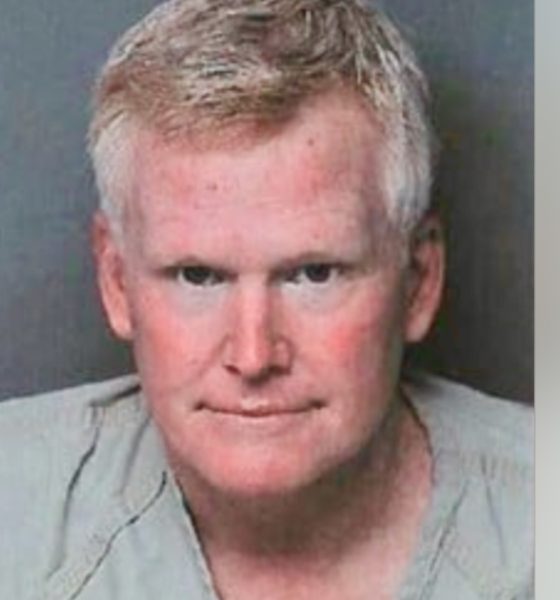 Where is the accountability?

Satterfield was the Murdaugh’s housekeeper and nanny for two decades who died after a “trip and fall” incident at their home in 2018.

Now, Bland — and so many others — are questioning where the accountability is in this case after he’s provided law enforcement with an apparent pile of evidence.

Why isn’t Alex Murdaugh — who is accused of devising the plan to steal millions of dollars from Satterfield’s family — in jail?

How is Cory Fleming — who was the Satterfields’ attorney in 2018 and failed almost every step in his duty to serve his clients — still able to practice law in South Carolina?

Why is Chad Westendorf — the personal representative of Gloria’s estate, who played a key role in the scheme to cut Satterfield’s sons out of the settlement before he took $30,000 — still the president of the Independent Banks of South Carolina and still working at Palmetto State Bank?

Will Carmen Mullen — the judge who has ties to the Murdaugh family and approved the under-the-table-settlement in 2019 — ever have to tell the truth about her alleged involvement?

The paper trail of evidence shows that Alex Murdaugh led the pack in a scheme to steal millions of dollars in Satterfield’s 2019 wrongful death settlement. Satterfield died after an alleged trip-and-fall accident at Alex Murdaugh’s home in February 2018.

He has witness statements from his clients saying they never received the $2.8 million they should have received in their mother’s settlement. He has a statement from Fleming claiming that Alex Murdaugh lied to him to steal his clients funds (a statement which FITSNews will unpack later).

Bland has the checks Fleming sent to an account Murdaugh set up called “Forge” — and he has proof that the money was deposited in Murdaugh’s bank account.

“We’re talking $3.6 million in three checks that were sent over through the mail to a P.O. Box and deposited in a bank,” Bland said, emphasizing how serious of a crime this is. “Ordinary people who write a bad check for $100 are sometimes arrested quickly.”

While Fleming, his law firm, and Westendorf have agreed to pay back all the money they took in the $4.3 million settlement from Satterfield’s sons, Murdaugh hasn’t offered to pay a dime, Bland told FITSNews.

Fleming is the only co-conspirator who has apologized to Satterfield’s two sons. In a statement issued Wednesday, Fleming claimed he was fooled by his friend Murdaugh, but acknowledged that “material mistakes were made at crucial times.” He claims that “until early-September 2021, he sincerely believed that the settlement funds had been properly disbursed.”

“The only thing that Cory Fleming did right is that he recovered $4.3 million,” Bland said. “But every single thing else he did was wrong. He violated the rules of professional conduct, violated the standards of care, and violated common sense. Everything.”

FITSNews will do a full story on Fleming’s alleged involvement —and the others — in this case at a later date.

On September 15, 2021, the South Carolina Law Enforcement Division (SLED) opened an investigation into Satterfield’s death and her wrongful death settlement.

Bland, who is representing Satterfield’s two sons in a civil lawsuit against Murdaugh and his co-conspirators, told FITSNews that he has turned over all of this information to SLED. He believes the documents provide enough probable cause evidence to arrest Murdaugh for multiple financial crimes related to the settlement including conspiracy to commit fraud, mail fraud and wire fraud.

SLED officials confirmed that they met with Bland, who provided them documentation.

Bland said it’s been weeks since he provided SLED agents with crucial evidence in this case, yet, he doesn’t appear to be seeing much movement in their criminal investigation.

“How is Alex Murdaugh still walking the streets and not arrested and charged with theft of approximately $3.6 million?” Bland said. “My partner and I solved this apparent and significant crime in two weeks and provided the documents to the court and to the public in our filings.”

To be clear, Alex Murdaugh is allegedly in rehab right now following his September 17 bond hearing for his alleged role in a bizarre assisted suicide-for-hire insurance fraud scheme. His attorneys, who have lied to the public before, claim he is in rehab for an alleged opioid addiction. At his bond hearing, a Hampton County judge ruled that Alex was not a danger to society and not a flight risk.

Considering the fact that he allegedly concocted and pursued a made-for-Hollywood scheme to get shot in the head for his son to collect a $10 million insurance policy, is he really not considered a danger to society?

“The longer (Alex Murdaugh) gets to sit in a treatment facility, and try to get himself better, he could possibly still commit more crimes by getting rid of some of the money or figuring out a way that it can’t be traced or found,” Bland said.

Bland said his clients — Satterfield’s two sons, the only beneficiaries of Satterfield’s estate — have not yet been interviewed by SLED, which is concerning to him for a number of reasons.

SLED did not comment on whether or not they have interviewed Satterfield’s sons.

In a statement to FITSNews, SLED officials said they are making progress on the investigation without commenting on anything specific.

“SLED agents continue to interview potential witnesses, collect and process potential evidence, and investigate every lead in this case and all potentially related cases,” Tommy Crosby, SLED spokesperson, said. “This process has and will continue to take a significant amount of time; however, the investigative decisions we make throughout these cases must ultimately withstand the scrutiny of the criminal justice process.”

As millions of people are glued to the latest developments of the Murdaugh Murders saga and the media spotlight illuminates South Carolina’s justice system, Bland is asking a question that recurs over and over in this case: Are there really two justice systems in South Carolina — one for powerful people like the Murdaughs and one for everyone else?

“(Alex) needs to eat from the same trough of justice that every other citizen in our state eats from,” Bland said. “It’s patently obvious, exactly what happened through the documents that are now in the public domain, that he stole $3.6 million from my clients. More importantly, his own law firm, in a public pleading, has said he did it to other clients through the same exact method.”

Just a day after Bland filed his bombshell deposition that revealed PMPED’s involvement in the Satterfield scheme, PMPED pulled a fast one and filed a lawsuit that appeared to be a damage control move “aimed at interposing additional distance” between its partners and Alex Murdaugh,” FITSNews founding editor Will Folks reported.

Crosby told FITSNews that the Satterfield case and related investigations are “complex.”

But Bland, looking at a pile of evidence stacked up against Alex Murdaugh in this case (shown in the document below), doesn’t understand why it has to be complicated.


“If Alex was arrested for this, it would send a strong message to all those that he may be working with,” Bland said. “It would show that our state is serious and we’re going to hold these people accountable. But it’s starting to look like a joke.”

When asked about the status of the Satterfield case, Crosby said that SLED won’t rush its agents “to meet any arbitrary deadlines.”

SLED has only arrested two people in the five criminal cases they are currently investigating in relation to the Murdaugh family. Alex Murdaugh and his alleged drug dealer Curtis Smith were arrested in September in the alleged suicide for hire insurance fraud scheme.

However, SLED’s investigation is far from over.

“As SLED has demonstrated in previous investigations, we are committed to utilizing all necessary resources to ensure that anyone involved is brought to justice,” Crosby said. “Our work on all of these matters is ongoing and will continue as long as it takes to ensure that justice is served.”

SLED officials maintain that they are treating Alex Murdaugh — whose father, grandfather, and great-grandfather all served as solicitor over a five-county region for nearly 100 years — like any other South Carolina citizen.

“Throughout the history of SLED, and currently under Chief Keel’s command, SLED has proven that it will pursue justice no matter who is involved in criminal activity – politicians, law enforcement officials, business officials, lawyers, or public figures,” Crosby said. “

SLED would not comment on whether or not the FBI was involved in this case. The FBI often specializes in financial crimes such as wire fraud.

As SLED continues its pursuit to arrest those responsible for the many crimes related to the Murdaugh Murders saga, Bland and Richter are going full speed ahead in their pursuit to get the $4.3 million back to Satterfield’s sons.

“We have our feet on peoples throats who are responsible and we will not let up,” Bland said.

Bland, who has been a malpractice lawyer for more than 35 years, said he has never come across a case as rotten as this one.

“I’ve sued over 175 lawyers and law firms — you could add them all up and it doesn’t equal what’s going on here,” Bland said. “Because this is top to bottom. This is judges, lawyers, money, everything.”