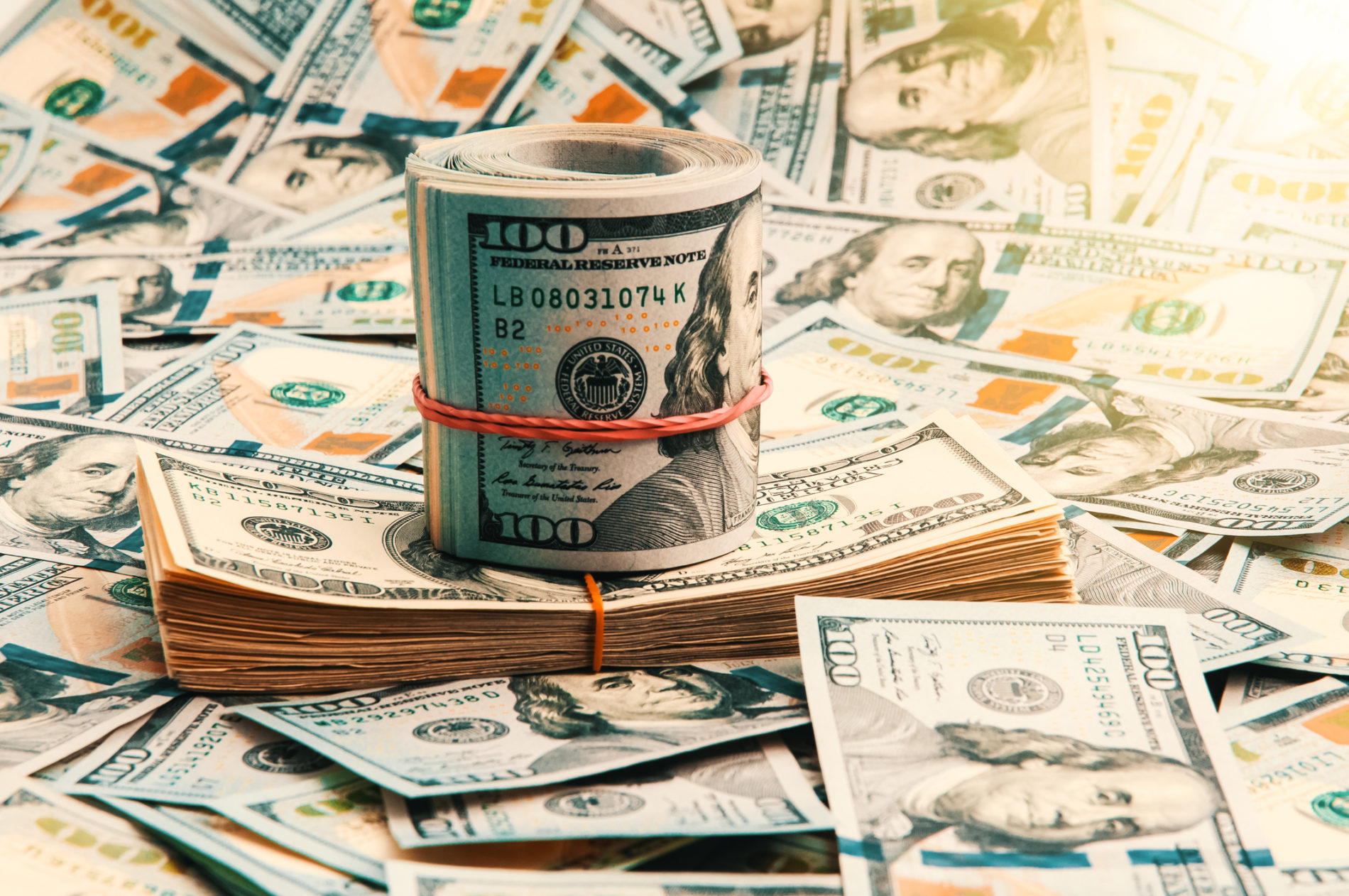 In a recent article rebuking the conduct of Alex Murdaugh’s defense attorneys (and their advocates in the mainstream media), I did some back-of-the-napkin math regarding one of their highest-profile claims: That Murdaugh stole money (a lot of money) to buy drugs. My amateur arithmetic refuted the notion that this 53-year-old lawyer – who remains the focal point of one of the most spectacular meltdowns in American history – could have possibly blown more than $10 million allegedly stolen from his former law firm on an oxycontin addiction.

Assuming a high-end street value of $80 per pill, this amount of cash would have purchased a staggering 125,000 pills – enough oxycontin to keep even the hardest core addict supplied for 114 years, I noted.

In other words, if Murdaugh – who remains at the epicenter of the still-unspooling ‘Murdaugh Murders’ true crime saga – actually stole that much money from his erstwhile law partners, it is doubtful he spent all of it (or even most of it) on drugs.

This “$10 million opioid addiction” theory – advanced by attorney Dick Harpootlian – is one of many demonstrably false narratives put forward by Murdaugh’s counselors as they invoke a deceptive, discombobulated defense strategy on behalf of their client, whose family and law firm are currently embroiled in no fewer than six state-level criminal inquiries.

So … how did Harpootlian’s nationally televised admission that Alex Murdaugh stole millions of dollars on an impossibly expensive drug addiction ultimately benefit his client? Um, it didn’t …

Meanwhile, Harpootlian’s fellow “bulldog” attorney, Jim Griffin, has been even more off-the-wall in “defending” Alex Murdaugh. Indeed, Griffin might as well be auditioning for the role of Pinocchio given the number of whoppers he has told on Murdaugh’s behalf – especially as it relates to the latter’s admitted involvement in a botched suicide-for-hire insurance scam.

The point of this article is not to recapitulate the many blunders of Murdaugh and his counselors, though (you can read all about that in this column).

Rather, the point of this article is to provide readers with an update on the status of the various criminal inquiries into Murdaugh, his family and the powerful law firm his family founded – investigations which are currently under the purview of the S.C. State Law Enforcement Division (SLED).

According to my sources, SLED has made significant progress with respect to multiple facets of these various probes … although, as has been the case from the inception of this process, details are sparse.

Attorneys representing sources who have been interviewed by the agency, however, tell us SLED is clearly following a tried-and-true investigative maxim: Follow the money.

In this case, however, there is a corollary: SLED is also apparently “following the property” – specifically a maze of transactions tied to Murdaugh and his former law partners could be linked to … well … other activity.

This news outlet touched on a few Murdaugh-related properties in an extensive exclusive last month. That report connected Alex Murdaugh to a recently deceased commercial fisherman who allegedly doubled as one of the South Carolina Lowcountry’s most prolific drug smugglers.

Since then, our researchers have uncovered numerous additional property records linking Murdaugh and the alleged smuggler – Barrett T. Boulware. Additionally, our researchers have uncovered property records linking Boulware to at least one other partner in the prestigious Peters, Murdaugh, Parker, Eltzroth and Detrick (PMPED) law firm.

Needless to say, these developments have cast the firm’s recent damage control efforts in a most unforgiving light.

As I have previously reported, the Palmetto State’s legal community – along with any number of judges, prosecutors, law enforcement officers and politicians – are nervously eyeing the impending collapse of PMPED.

This firm emerged as a regional powerhouse by adeptly exploiting the Palmetto State’s former “friendly venue” courtroom statues, which enabled plaintiffs to bring lawsuits against defendants that had any tangential nexus to the area (including railroad tracks traversing a county).


These statutes transformed Hampton county into one of America’s most notorious “judicial hellholes,” with PMPED earning big judgments from multiple corporate defendants including CSX, a Jacksonville, Florida based national rail carrier. In fact, the firm’s Hampton headquarters is often referred to as the “house CSX built.”

Thankfully, the state’s tort reform laws were reformed in 2005, but PMPED attorneys – and the Murdaugh family – continued to lord their influence over the Palmetto Lowcountry thanks to the wealth and power they amassed. Additionally, three members of the family (father, son and grandson) served as solicitor for the S.C. fourteenth judicial circuit from 1920-2006 – deciding for nearly a century who was (and wasn’t) charged with criminal wrongdoing.

Until recently Alex Murdaugh – the great-grandson – served as a deputy solicitor under Duffie Stone, the family’s hand-picked successor.

“The fourteenth circuit was the Murdaughs’ exclusive domain,” I wrote recently. “They owned the cops, the courts, the prosecutors and the politicians. Justice was doled out based on who paid them obeisance. Or alternatively, who didn’t.”

PMPED has claimed it only recently discovered Alex Murdaugh’s alleged embezzlement of funds, but sources close to that ongoing investigation have cautioned me against putting too much faith in those protestations.

Meanwhile, the search for the millions of dollars Murdaugh allegedly stole – and money linked to apparent settlement scams – appears to be one of the primary focuses of SLED’s work.

“It seems clear to me this investigation is about money, corruption, fraud and embezzlement,” an attorney representing a client recently interviewed by the agency told me this week. “It is your classic ‘follow the money’ investigation.”

“SLED is looking for those missing millions,” another lawyer who represents a client recently questioned by SLED told me. “And where and how they could have been hidden.”

“They wanted my client’s entire bank account history – and (they) are loosely connected to this, at best,” yet another attorney told me, referring to SLED agents’ recent questioning of their client. “They are following the money hard.”

“Follow the money” is an expression made popular by the 1976 docudrama All The President’s Men. The movie tells the story of two reporters for The Washington Post – Carl Bernstein and Bob Woodward – who chase the money trail leading from Richard Nixon’s reelection campaign to a botched burglary of the Watergate hotel. The investigation led to the implication of Nixon and his administration in efforts to obstruct justice – and Nixon’s eventual resignation from office.

So with everyone hot on this particular trail … where is the money?

In the Spanish moss-draped backroads of the Lowcountry, there is no shortage of rumors as to where the cash has gone – nor, for that matter, is there any shortage of places to hide it.

One prominent theory holds that the Murdaugh family has hundreds of thousands – if not millions – of dollars hidden in PVC tubes buried across its extensive property holdings. One local folk tale involves a group of young Hampton county boys who allegedly recovered a PVC tube full of cash while fishing near one of the family’s properties. Understanding the money belonged to the Murdaugh family, the boys returned it – and ostensibly received a reward from Alex Murdaugh for their honesty and discretion.

As of this writing, there is nothing to suggest SLED is probing Murdaugh (or Murdaugh-affiliated) properties for buried treasure – meaning the PVC pipe story could very well be apocryphal. However, the agency is said to be aggressively pursuing all manner of financial records tied to Alex Murdaugh, his family and former law firm – including property transfers which have come up extensively in this news outlets independent investigatory efforts.

“The property records are a big part of this,” said one attorney whose client was recently questioned by SLED.

Federal law enforcement sources – who are assisting SLED in its inquiries on a limited basis – would not say whether their support efforts involved helping investigate the various financial components of these alleged crimes. One federal source reiterated that SLED was leading the criminal inquiries, and that federal resources would be made available “as requested.”

Stay tuned … we will keep our readers in the loop on the latest with regard to these inquiries, which are clearly bearing significant fruit.

Murdaugh Murders: Alex Murdaugh’s Attorney Admits His Client Is A Person Of Interest