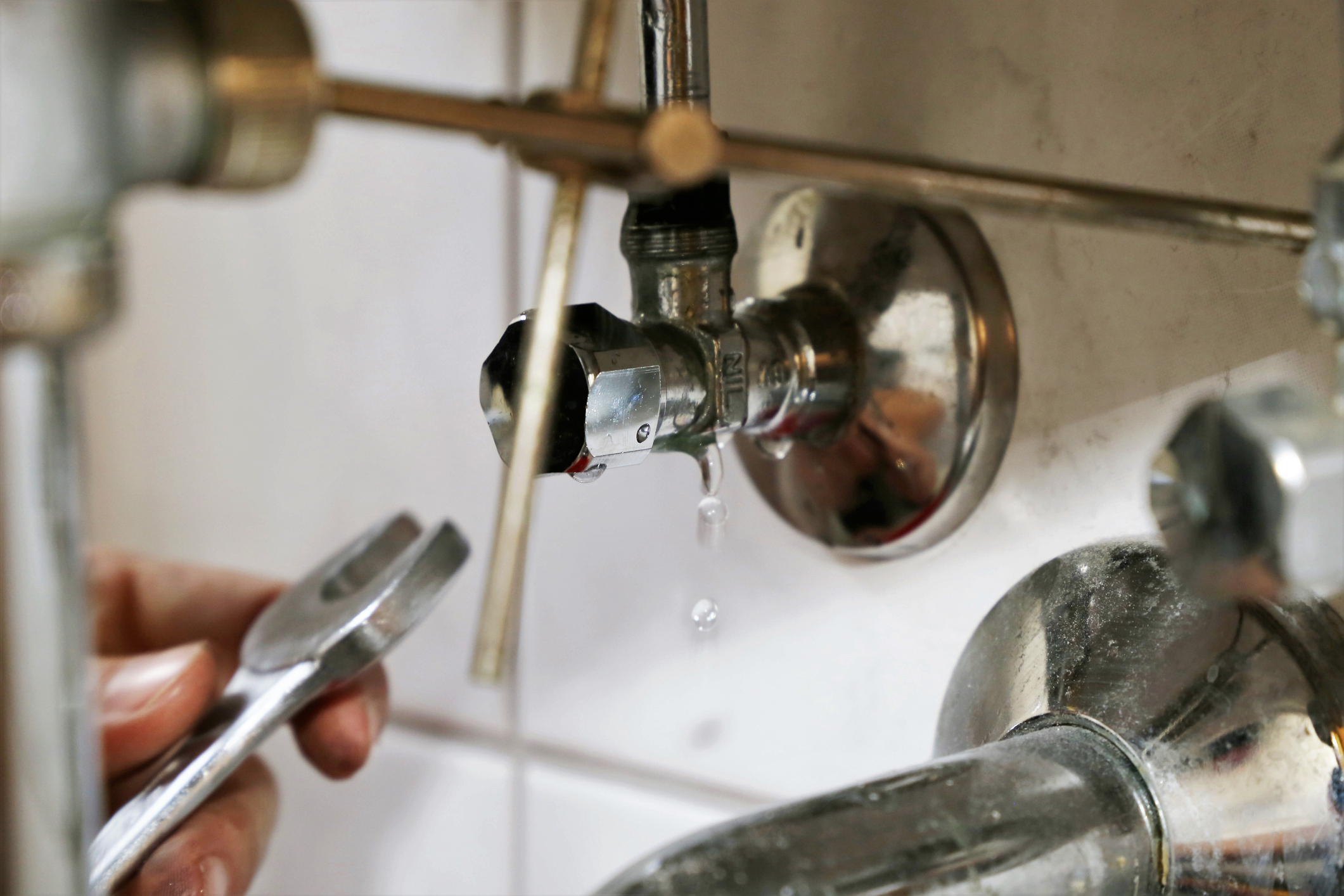 Leaders at the South Carolina State Law Enforcement Division (SLED) have done more than just stay tight-lipped about the Murdaugh Murders – one of the highest-profile homicide investigations in the history of the Palmetto State.

In the aftermath of a handful of initial disclosures related to this crime (and the direction of the inquiry which intends to solve it), they have become plumbers in search of leaks …

According to my sources, SLED’s top officials – led by chief Mark Keel – have been engaged in a daily battle to suppress the flow of unauthorized information related to the status of this ongoing inquiry, which has attracted international attention given the savagery of the crime and the prominence of the family involved.

As a result, what began as a babbling brook of information (and informed speculation) about the investigation has slowed to a veritable trickle.

“Keel shut down the information stream,” one of my sources told me earlier this week.

“I got nothing,” another responded bluntly when asked about any information related to the inquiry.

“Keel has thrown a blanket over it,” yet another source said.

And it’s not just members of the media getting the cold shoulder, either …

In addition to the press being “frozen out” when it comes to information about this case, attorneys close to the Murdaughs say the family is being kept out of the loop. They probably shouldn’t feel too badly about that, though, because many of the prosecutors who could be tasked with pursuing charges in connection with the inquiry are also not receiving updates.

“You have heard the expression ‘need-to-know basis,’ right?” one source familiar with SLED’s plumbing efforts told me.

Sources close to the investigation have told me this hastily-erected wall of secrecy shouldn’t come as any surprise given Keel’s no-nonsense, by-the-book reputation.

“I don’t think anyone with knowledge of the chief would find it earth-shattering that he expects SLED agents and SLED employees to do their job, do it well and do it without leaking confidential case information to anyone so that an investigation is not tainted,” one source with direct knowledge of the status of the inquiry told me.


Wait a minute … did I just say “good?” Surely that was a typo, right? Surely I am pissed off that information related to such a significant investigation – news which brings readers to this website in droves – is being suppressed by those in the know?

Furthermore, how can someone like me – who has spent years pushing for transparency in the conduct of the people’s business – tolerate such opaqueness and secrecy?

Doesn’t the public have a right to know?

Certainly, no one likes being stonewalled – and SLED’s campaign over the last few weeks to “plug the leaks” in connection with the Murdaugh inquiry is obviously frustrating to those of us who rely on such disclosures. The frustration is even more pronounced given the (very) limited information SLED has released publicly about what happened on the evening of June 7, 2021. As of this writing, in fact, the agency has provided little more than a timeline related to the crime.

No wonder speculation has been so intense …

New tips come into this site on a daily basis regarding the latest leads, rumors and theories in this case – but so far all we know for sure is that 52-year-old Maggie Murdaugh and her son, 22-year-old Paul Murdaugh, were gunned down at around 9:00 p.m. EDT on June 7 at “Moselle,” the sprawling Colleton county hunting property owned by the powerful Lowcountry family.

No one has been apprehended in connection with this crime. No suspects have been identified. There has been no manhunt, no sketches of shadowy figures to “be on the lookout” for and only a belated request from SLED for information from the public. Also, from the moment the shootings took place state and local law enforcement told Lowcountry residents there was “no danger to the public.”

Regular readers of this news outlet know the Murdaughs are a South Carolina institution – especially in the Lowcountry region of the state. Three generations of the family occupied the S.C. fourteenth circuit solicitor’s office from 1920-2006 – while two members of the family work for the prominent regional law firm of Peters, Murdaugh, Parker, Eltzroth and Detrick (PMPED), which wields considerable influence across the Palmetto State (and beyond).

The family is no stranger to scandal, either. In February of 2019, Paul Murdaugh was allegedly inebriated while driving a boat belonging to his father – R. Alexander “Alex” Murdaugh. That boat crashed into a bridge piling in Beaufort county – killing 19-year-old Mallory Beach.

At the time of his death, Paul Murdaugh was facing three felony boating under the influence charges in connection with that crash – while his father and brother, Buster Murdaugh, were named in a civil suit related to the incident. A month ago, this news outlet learned that Alex Murdaugh – and perhaps other members of the Murdaugh family – are currently being looked at by a statewide grand jury, one which is investigating possible obstruction of justice in connection with the boat crash case against Paul Murdaugh.

Adding yet another layer of intrigue to this drama? Three weeks ago, SLED announced it was opening a murder inquiry into the death of Stephen Smith – a 19-year-old Hampton, S.C. native whose body was found in the middle of a rural Lowcountry road in July 2015. Smith has been linked to the Murdaugh family – connections which are reportedly being explored after his untimely demise was incorrectly judged to have been the result of a vehicular hit-and-run.

Finally, renewed attention is being paid to the February 2018 death of 57-year-old Gloria Satterfield – who passed away following an alleged “trip and fall” in Hampton county. Alex Murdaugh settled a wrongful death suit with Satterfield’s family that December for $505,000. Satterfield was reportedly the Murdaughs’ family maid at the time of her “accidental” death.

Not hard to see why this case has people invoking John Grisham, is it? No … nor is it hard to see why people are demanding answers. And why they are frustrated when those answers are not forthcoming.

SLED’s veil of secrecy is even more frustrating given some of the glaring conflicts of interest associated with this case … and recent reports of possible crime scene manipulation.

Still, as I noted above the agency’s effort to crack down on the flow of information is a good thing. Or at least I grudgingly acknowledge that it will be a good thing. While frustrating for members of the media and the public, SLED is doing what it needs to do to preserve the integrity and operational effectiveness of its inquiries.

Certainly I hope SLED will be as forthcoming as it can be – releasing as much information as it can as soon as it can – but I trust Keel and his agents to make those decisions. More importantly, I trust SLED to keep the media and the public’s thirst for information related to this case subservient to what really matters: The agency’s quest to obtain sufficient evidence to hold those responsible for all of these crimes accountable.

“I have faith that SLED will not only identify and apprehend those responsible for the Murdaugh murders but also potentially get to the bottom of a host of other unsolved mysteries linked to this family,” I wrote last month.

That faith remains unshaken … even as I continue to work my network of law enforcement and prosecutorial sources as aggressively as possible in an effort to get around Keel’s information blockade.

This news outlet broke the story of the “Murdaugh Murders” early on the morning of June 8, 2021 – and my news director Mandy Matney and I have been driving the coverage of this crime and its attendant dramas ever since. Matney also recently launched a podcast dedicated to the case – which I would encourage all of my readers to check out if they haven’t already.