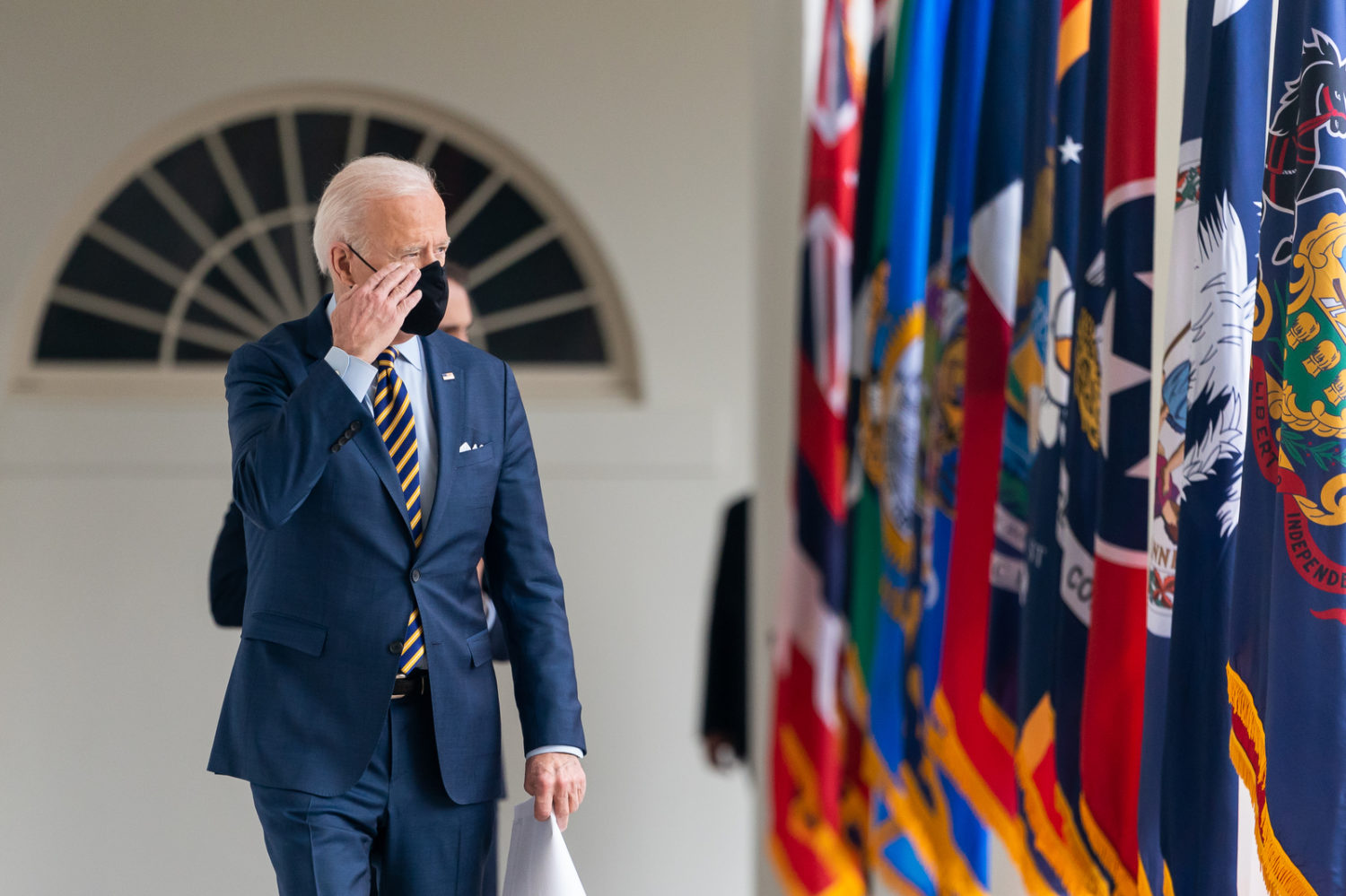 Let’s get something out of the way up front. During his four years as president, Donald Trump was consistently chastised by my news outlet for his chronic fiscal profligacy – and with good reason. Trump did a lot of things right, in my humble estimation, but he failed abjectly when it came to eliminating deficits and reducing debt (two of his signature campaign promises).

I slammed Trump when this trend first began to manifest itself in 2017. I slammed him again when his fiscal liberalism escalated to dangerous dimensions. And I continued to call him out when he was on his way out of office (and still screwing taxpayers).

So before anyone accuses me and my news outlet of not calling it straight no matter who is in the White House … there’s that.

Which brings me to current U.S. president Joe Biden, whose controversial victory over Trump last fall ensured that the obscene, unsustainable government growth America has witnessed in recent years was likely to exponentially escalate in the coming years.

As expected, the fiscal impact of the new administration is nothing short of alarming …

During the first seven months of the current federal fiscal year (which began on October 1, 2020), the budget deficit clocked in at a staggering $1.9 trillion – an astronomic 30.3 percent increase over the $1.48 trillion in red ink incurred at this same point in the previous fiscal year, according to U.S. Treasury data.


Last year’s federal book closed at $3.1 trillion. This year’s deficit could top $3.5 trillion. And yes, those are new records – by miles. Obviously, some of this deficit spending was necessary to mitigate the economic impact of the Covid-19 shutdown.

And what about the lessons America needed to learn during the pandemic?

“When the dust settles from all of this, a long-overdue reassessment of what American taxpayers should – and should not – be responsible for subsidizing must be undertaken,” I wrote in my first column addressing the virus in March of 2020. “Same goes for the delivery methods responsible for administering core functions (i.e. broken bureaucracies versus market-based methods). Because necessary functions are clearly being shortchanged and unnecessary functions are clearly being funded exorbitantly – not to mention the rampant incompetence and inefficiency in how both are administered out of Washington D.C.”

Did this happen under Trump? No. Is it happening under Biden? LOL.

For those of you keeping score at home, the national debt currently stands at $28.3 trillion – which is equal to 129 percent of the value of all goods and services produced in the country on an annual basis, according to the St. Louis Federal Reserve. Back in 2000, debt as percentage of gross domestic product (GDP) stood at 54.2 percent. Forty years ago, it was just over 30.6 percent.

Things have gotten crazy, in other words …

What does Biden propose to do about this insanity? Nothing. Well, nothing except to spend more borrowed money … trillions of dollars worth of it, actually.

The new president’s first budget – previewed by The New York Times and expected to be released officially soon – proposes to spend a record $6 trillion in the coming fiscal year, an amount which would steadily escalate to $8.2 trillion by 2031. Projected deficits would start at $1.8 trillion next year, and would average $1.3 trillion annually over the coming decade.

That’s right … the best case scenario of Biden’s spending plan would generate $13 trillion in new debt over the coming decade as federal spending advances to levels not seen since World War II.

This deluge of red ink is not merely unsustainable … it is unfathomable. And it will do incalculable damage to millions of American income earners and small businesses. Oh, and there is nothing anyone can do to stop it as Democrats only need to hold their majorities in both chambers to push Biden’s spending plan through.

There is no filibuster on the budget …


On the day Biden’s spending plan was released, the nonpartisan Committee for a Responsible Federal Budget (CRFB) issued a statement urging the president to provide “a framework to address rising debt levels,” urging that his “ten-year budget should include a plan to stabilize and then reduce the debt-to-GDP ratio once the economy has recovered.”

CRFB also recommended “offsets for new initiatives and spending increases” as well as plans for “expiring provisions.” Neither of which Biden’s budget appears to contain.

“A budget is a statement of values and priorities, and the president’s budget must show how they fit together within a sustainable framework,” the group noted. “The country should not be enacting a massive agenda of new initiatives without an understanding of how it fits within the overall budget context. We hope the President’s budget will begin this important conversation.”

Instead, Biden’s budget channels a lyric from one of my favorite Mark Knopfler songs – “Boom, Like That.“

“If they’re gonna drown, stick a hose in their mouths.”

Some might say that’s a merciful end, but I beg to differ. Either way, better open wide … because the hose is coming soon to a country near you.

The Katie Hill Scandal Is Over