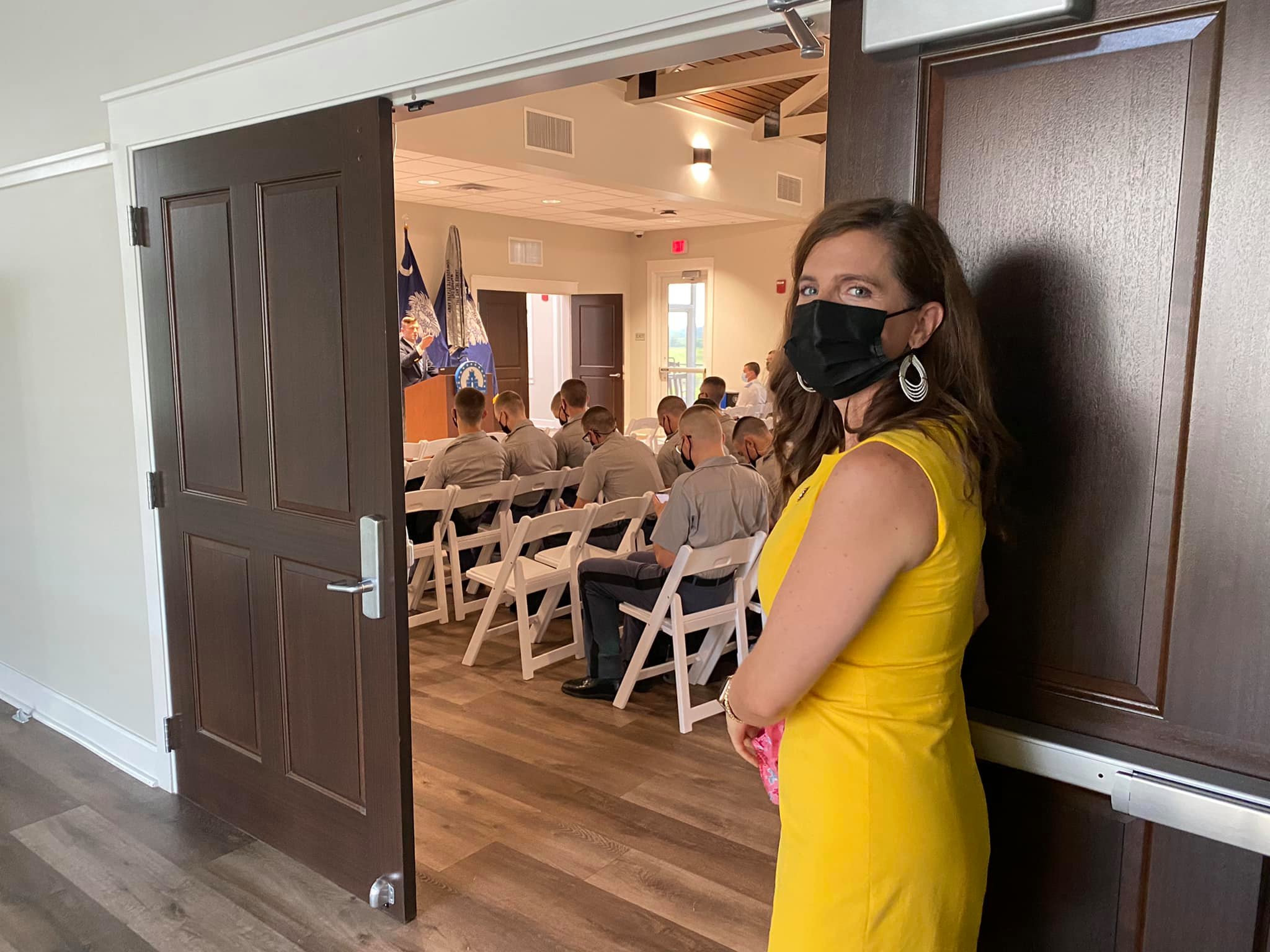 In attempting to rehabilitate herself with the right (and far right) wings of the Republican primary electorate in South Carolina’s first congressional district, U.S. congresswoman Nancy Mace has been pulling out all of the stops lately.

She has posted bikini bod pictures to social media, carried a firearm on her hip to party meetings and taken a high-profile junket to the U.S.-Mexican border.

As I have previously noted, Mace has a serious problem with supporters of former U.S. president Donald Trump – and apparently with Trump himself. That problem could doom her in a GOP primary in the event a credible candidate with Trump’s imprimatur emerges. In fact, Mace’s problems vis-à-vis Trump appear to be far worse than I previously imagined – a topic I plan on addressing in more detail in the coming days.

What happened to set all of this in motion? Mace, a former employee of Trump’s 2016 campaign, ripped her old boss in no uncertain terms for his alleged role in inciting the mob violence that went down at the U.S. capitol on January 6, 2021.

Sound familiar? In assailing Trump in the aftermath of the capitol riots (a position not without some merit), Mace made the same political miscalculation as former South Carolina governor Nikki Haley. Both have tried belatedly to walk their statements back … but rightly or wrongly, rank-and-file GOP voters are having none of it.

Mace further compounded the problem by aligning with “neoconservative” U.S. congresswoman Liz Cheney of Wyoming – Trump’s nemesis in the U.S. House of Representatives.

In fact, sources close to the former president have told me that may have been the final straw for him …

Mace has already drawn a pair of GOP primary challengers – and could face even more opposition as Trump backers are said to be actively recruiting, vetting and auditioning candidates to run against her. As I said earlier, though, I plan on addressing this topic in more detail in a forthcoming article.

This week, Mace’s rehabilitation effort got a boost from AFP Action, the political wing of Americans for Prosperity (AFP). That’s the ostensibly “conservative” grassroots founded in 2004 by the late David Koch and his brother, Charles Koch.

According to a news release, AFP Action has issued its first round of 2022 congressional endorsements – bestowing its support on “candidates who have consistently stood strong for their values and principles and put people over politics.”

On its list of six lawmakers is Mace, who is described by AFP Action as someone who is “always looking to break down barriers” and who “continuously advocated for health care that works for South Carolina – and all American -families, economic opportunity, and for an environment that puts People over Politics.”

Mace has absolutely broken down barriers. Her status as the first woman to graduate from The Citadel is a historic accomplishment. Unfortunately, the only barriers she seems interested in breaking down lately are those standing between her and the next Fox News appearance.

Mace entered the U.S. congress with an opportunity to establish herself as a substantive voice on pro-freedom, pro-free market policies – with the potential to develop “full-spectrum” GOP backing. Sadly, she has traded all of that in to become a “conservative” caricature – a spouter of talking points who is more interested in chasing after publicity for herself than changing anything in our nation’s capitol for the better.

Anyway … also on the initial AFP endorsement list? U.S. congressman Peter Meijer of Michigan, who was one of ten “Republican” members of congress who voted to impeach Trump in the aftermath of the capitol riots.

“The candidates we are endorsing today aren’t just advocates for principled policy, they are leaders who can cut through the divisive nature of our politics to bring people together to get things done,” AFP Action director Nathan Nascimento said in a statement. “We are excited to throw the full weight of AFP Action’s grassroots community behind these policymakers so they can continue working for lasting change that empowers all people from the bottom-up.”

Hmmmm. I am not exactly sure what the “full weight of AFP Action’s grassroots community” consists of in South Carolina, but I am sure of this … Mace is going to need every ounce of support she can muster if she hopes to win a second term.

Trump won the first congressional district in 2020 with 52.1 percent of the vote, but his support among GOP primary voters is monolithic. As I have previously noted, “if Trump were to throw his weight behind one of (her) GOP challengers … I suspect her already vulnerable position with Republican primary voters could collapse completely.”

Will Alan Wilson Draw A Challenger?