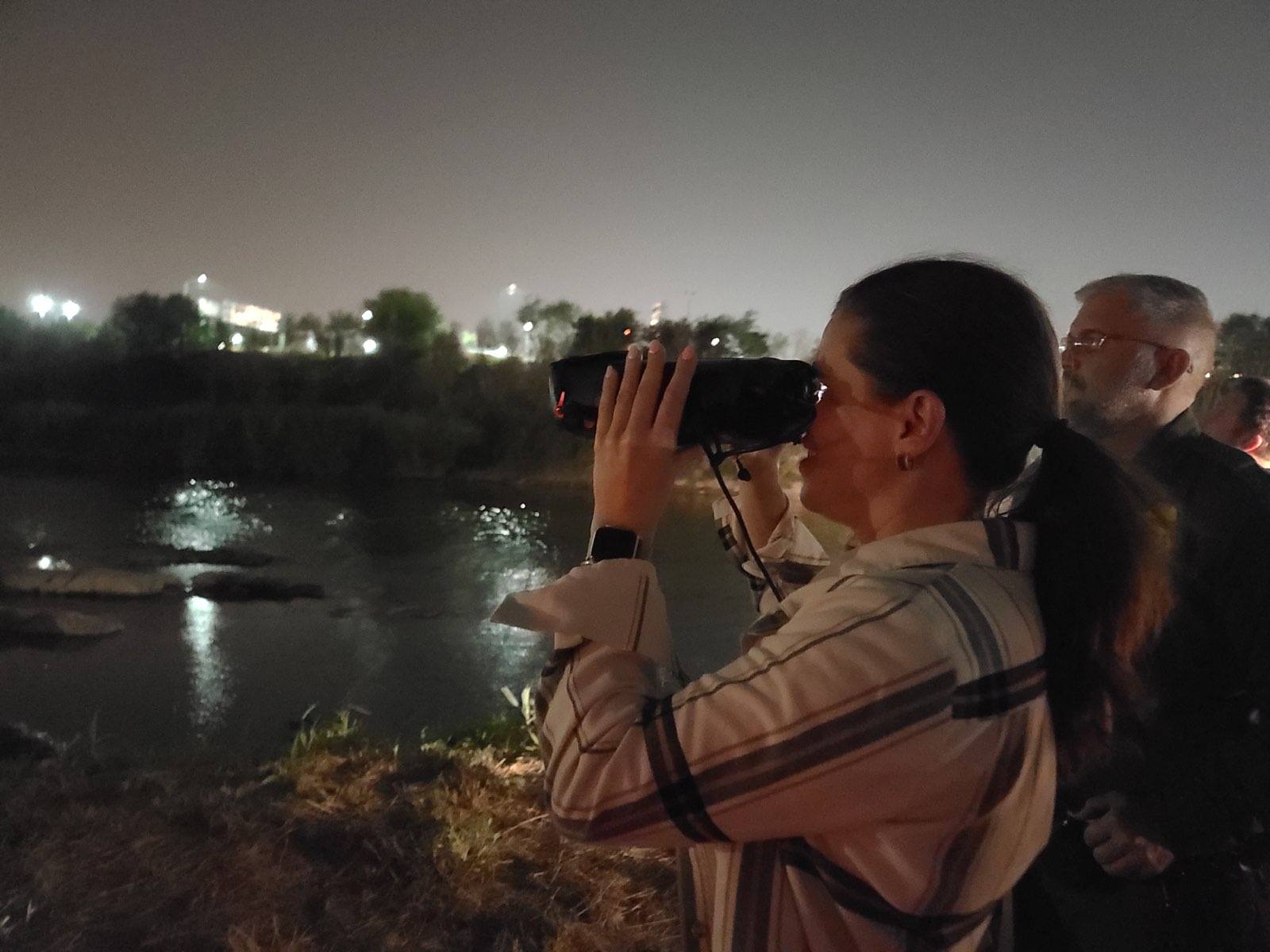 In her latest gambit to bring conservative Republican voters in South Carolina’s first congressional district back into her fold, U.S. congresswoman Nancy Mace paid a visit to the U.S.-Mexican border this week. The first-term lawmaker joined a three-member delegation accompanying U.S. Customs and Border Protection (CBP) agents as they patrolled the border near Laredo, Texas.

Mace was joined on the trip by U.S. senator Ted Cruz of Texas and U.S. congressman Chip Roy, also of Texas.

“Last night, I joined the U.S. Border Patrol on the border in Laredo,” Mace tweeted. “I saw first hand how open our borders are without physical barriers. The border is a national security and humanitarian crisis, which needs to be addressed by both sides of the aisle.”

Mace said the border is “a super spreader … a hotbed for drug smuggling, trafficking, illegal immigration, and untreated Covid-19 cases.”

Mace didn’t get to see everything she wanted, though, as officials with the U.S. Department of Homeland Security (DHS) allegedly banned her and her congressional colleagues from witnessing a border patrol exercise referred to as a “midnight muster.”

“We were banned and barred from attending the midnight muster last night by DHS,” Mace (above) said. “It was obviously a political decision to bar senator Ted Cruz, congressman Chip Roy and myself from attending.”

According to Mace, DHS’ decision was made “to essentially prevent us from speaking to additional border patrol agents on what’s happening at the border and the crisis at the border.”

“I loathe right now the politicizing and weaponizing (of) every single issue – and that includes both sides of the aisle (that) do it,” Mace said, calling the DHS decision “an abomination.”

Mace said she and the rest of the congressional delegation merely wanted “to go in there and thank them for the work they are doing.”

The crisis at the border has become a major political headache for the administration of Joe Biden and Kamala Harris. Or at least it was before the American debacle in Afghanistan overshadowed it.

Still, the numbers are truly frightening. According to the latest data from CBP, there were a record 212,672 “enforcement encounters” reported during the month of July – pushing the total for the 2021 fiscal year to 1.33 million.

As you can see from the chart (above), data for the first six full months of the Biden administration (August numbers have not been released) show a total of 1.04 million border encounters – more than double the entire twelve months of the 2020 fiscal year. By comparison, during the final six months of the administration of former U.S. president Donald Trump, there were only 404,157 such encounters.

In other words, encounters are up 157.4 percent under Biden.

While Trump is heralded by most Republican primary voters for his hard line position on immigration, readers will recall the former president wasn’t always quite so consistent on this issue. In fact, the “big, beautiful” wall he promised to build during his 2016 campaign wound up being a shadow of what it was supposed to be.

As I noted earlier this year, Trump promised the border wall would be 1,000 miles long – and would be paid for by Mexico.  Trump later cut this estimate in half – claiming in his 2020 State of the Union address that “substantially more than 500 miles” of the wall would be constructed by the beginning of 2021.

Also, American taxpayers have shelled out an estimated $15 billion on the wall – money routed from the U.S. Department of Defense (DOD), DHS and the U.S. Treasury. To his credit, Trump used tariffs in an effort to negotiate with Mexico on the issue of illegal immigration – but Mexico did not pay for the wall.

Still, Trump gets props from GOP voters for being strong on the issue of border security … will the same be said of Mace?

Possibly, but as I have frequently noted the 43-year-old “single mother” from Daniel Island, S.C. is facing a full-scale revolt on her far right flank after slamming Trump for his alleged role in inciting the mob violence that went down at the U.S. capitol on January 6, 2021.

“Everything that he’s worked for … his entire legacy – was wiped out yesterday,” Mace said the day after the bloody assault on the capitol.

She changed her tune shortly thereafter, but it was too late for many of the former president’s supporters … and possibly for Trump himself.

Mace has been working overtime lately to shore up her support – including posting bikini bod pictures to social media and toting a gun on her hip at a recent party rally.

Will it pay off? We shall see …

Two challengers have already filed against Mace ahead of next spring’s GOP primary election, and Democrats are likely to field a credible challenger of their own in the 2022 general election.

University Of South Carolina Professor: ‘I Don’t Care Whether You Can Breathe Or Not’