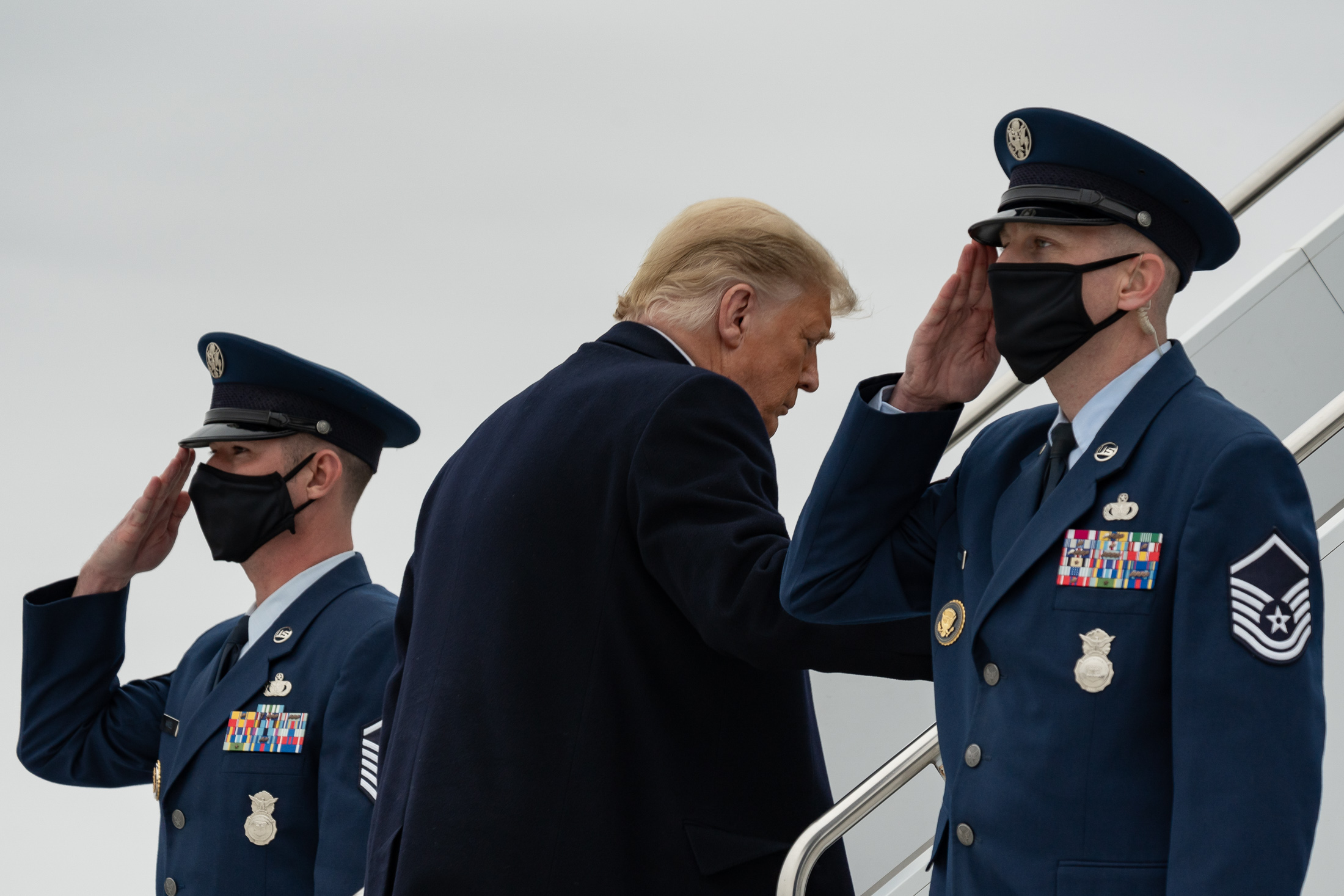 With just a week left on his term in office, U.S. president Donald Trump was impeached by the Democratic-controlled U.S. House of Representatives for the second time on Wednesday for allegedly “inciting violence” against the United States.

Trump was impeached one week after a bloody riot led by his supporters at the U.S. capitol building left five people dead and dozens more injured.

Trump becomes the first president in American history to be impeached twice. As was the case the first time he was impeached in December of 2019, his case will be tried by the U.S. Senate.

“President Trump gravely endangered the security of the United States and its institutions of government,” the resolution alleged. “He threatened the integrity of the democratic system, interfered with the peaceful transition of power, and imperiled a coequal branch of government. He thereby betrayed his trust as president, to the manifest injury of the people of the United States.”

Prior to the rioting at the U.S. capitol, Trump addressed his supporters outside of the White House and encourage them to march on the building – where lawmakers were in the process of certifying the electoral college win of U.S. president-elect Joe Biden.

“If you don’t fight like hell you’re not going to have a county anymore,” Trump said, although he did urge his supporters to be “peaceful” as they protested.

Many of them did not listen … with deadly consequences.


This news outlet categorically condemned the violent rioting at the capitol – and in its aftermath we have drawn attention to some less-than-constructive rhetoric emanating from the far right.

Having said that, we do not believe criminalizing speech is the correct response to what happened – especially speech which is plainly non-violative of existing federal laws regarding the inciting of violence.

The vote to impeach Trump was largely along party lines, although ten Republicans joined Democrats in supporting the resolution. The GOP members of congress who supported impeaching Trump were: Jaime Herrera Beutler of Washington, Liz Cheney of Wyoming, Anthony Gonzalez of Ohio, John Katko of New York, Adam Kinzinger of Illinois, Dan Newhouse of Washington, Peter Meijer of Michigan, Tom Rice of South Carolina, Fred Upton of Michigan and David Valadao of California.

Of these, Rice’s decision to support the resolution was the most shocking as it seemingly came out of nowhere – and considering Trump carried his district by a landslide in 2020.


Trump was acquitted by the U.S. Senate the last time he was impeached – with only one Republican, Mitt Romney of Utah, joining Democrats in voting to convict him. As of this writing, Romney is the only U.S. senator ever to vote in favor of convicting a president of his own party.

Our guess is he won’t be the last …

How many Senate Republicans will join Democrats in voting to convict Trump this time?

For the moment, it remains to be seen whether the Senate will hear arguments related to impeachment prior to Biden’s inauguration next Wednesday (January 20, 2021).

As we noted in a column earlier this week, though, the real issue to watch in the U.S. Senate is not whether lawmakers vote to convict Trump – but whether they subsequently vote to bar him from holding office in the future. Obviously, such a vote would have tremendous ramifications on the 2024 presidential race – especially the GOP primary election.