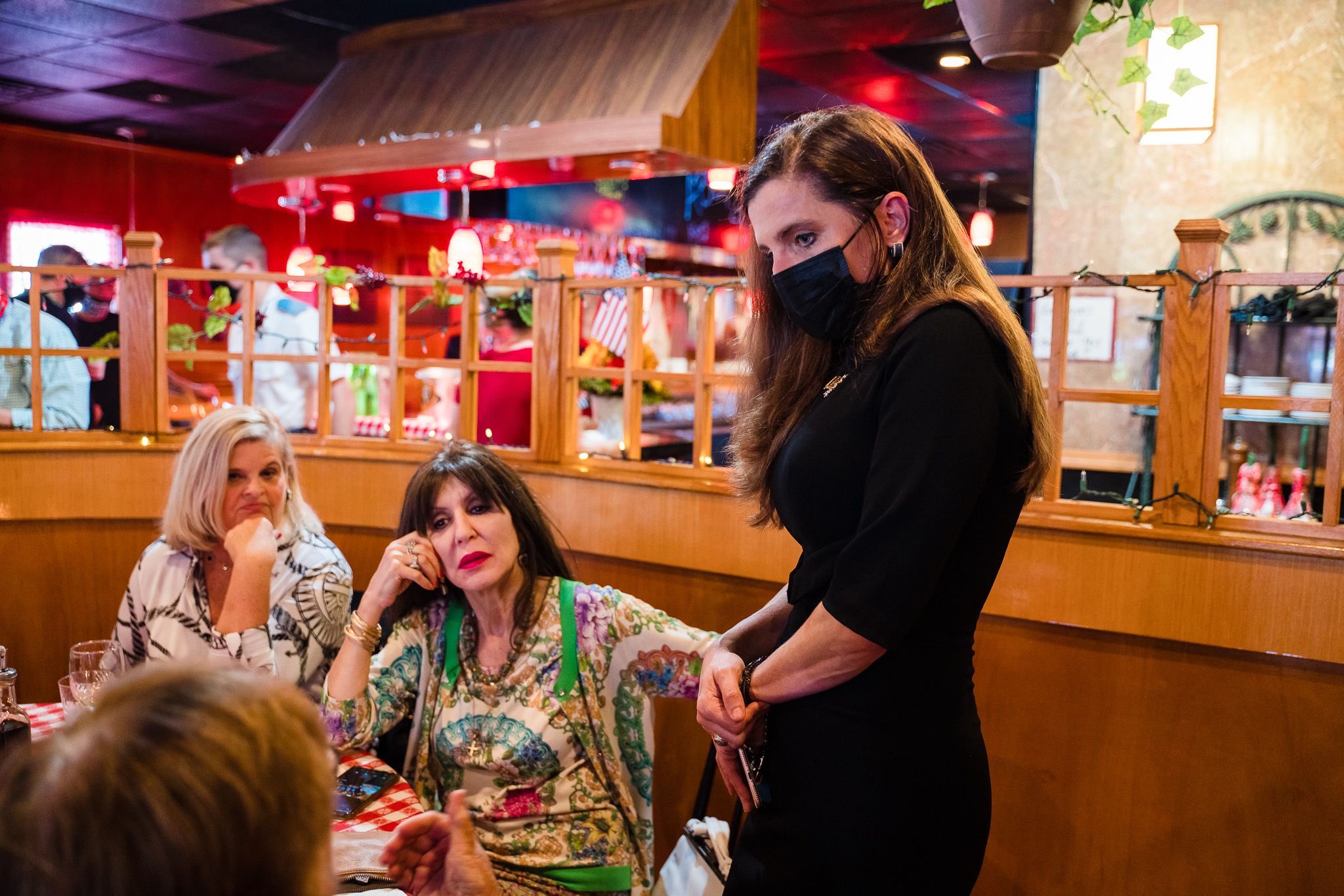 We aren’t sure what’s more pathetic – the current spat between U.S. congresswomen Alexandria Ocasio-Cortez and Nancy Mace or the fact there are unenlightened sheeple out there who think the exchange actually matters in the grand scheme of things – or for that matter in the not-so-grand scheme of things.

Seriously … the federal government is $27.8 trillion in debt, hyperinflation is looming, we are still trying to pick our economy up off of the mat following the coronavirus pandemic … and this sophomoric sorority pillow fight is what the media is talking about?

You know, if we didn’t know better we would think these politicians and their media mouthpieces/ social amplifiers were deliberately trying to sow division … pitting poor progressives against poorer MAGA-hat-wearers in the hopes neither side figures out how badly it is getting played by the oligarchy in Washington, D.C.

To recap: Mace and “AOC” locked horns after the former questioned the latter’s dramatic account of the January 6, 2021 attack on the U.S. capitol building by a mob of (mostly) supporters of former U.S. president Donald Trump.

“I can tell you that I had a very close encounter where I thought I was going to die,” Ocasio-Cortez told an Instagram audience a week after the attack, as reported by Antonia Noori Farzan of The Washington Post. “I did not know if I was going to make it to the end of that day alive.”

She even claimed U.S. senator Ted Cruz almost had her “murdered.”

According to Mace, though, Ocasio-Cortez (above) was never in any real danger during the assault … because she was in the same office building as the socialist lawmaker from New York.

“I’m two doors down from (Ocasio-Cortez) and no insurrectionists stormed our hallway,” Mace tweeted on Thursday, referring her followers to a Fox News’ article which slammed “AOC” for her alleged exaggerations.

Wait a minute, though … wasn’t Mace leading the charge of GOP lawmakers in criticizing Trump for his rhetoric in the aftermath of the riots? And didn’t she also talk about how she feared for her life during the attack?


In light of these facts, Ocasio-Cortez swung at the low-hanging fruit – choosing to engage the freshman Republican from South Carolina.

“This is a deeply cynical and disgusting attack,” Ocasio-Cortez tweeted back at Mace. “As the Capitol complex was stormed and people were being killed, none of us knew in the moment what areas were compromised. You previously told reporters yourself that you barricaded in your office, afraid you’d be hurt.”

Not surprisingly, left-leaning media outlets swarmed to Ocasio-Cortez’s defense – launching a litany of “fact checks” in support of her account while attacking Mace for allegedly misrepresenting her colleague. Which she probably did (although Ocasio-Cortez clearly embellished her account of what happened).

“Mace is now engaged in a Trumpian effort to rewrite history,” noted Aaron Rupar for Vox. “Mace’s misleading attack on Ocasio-Cortez illustrates how, in the lead-up to Trump’s impeachment trial next week, Republicans are shamelessly trying to weaponize the January 6 insurrection against Democrats. Instead of holding Trump or Republicans who indulged his lies about election (fraud) to account, Republicans like Mace who initially took the insurrection seriously have pivoted to attacking Democrats and arguing it’s time for the country to move on.”

Meanwhile, Mace used the exchange to raise money for her reelection bid – accusing Ocasio-Cortez of “going after me for pointing out the simple truth that never was there ever a rioter in our hallway.”

“She can pressure me all she wants, but I’ve never backed down before, and I won’t start now,” Mace wrote in her fundraising appeal. “I will always stand up to the political games and lies.”

Well, just as soon as she stops playing the very political games she claims to abhor …

Look, we get it. We really do.

Like former U.S. ambassador Nikki Haley, Mace belatedly got the memo … you know, the one chock full of polling data which spells out in no uncertain terms that the Republican electorate (rightly or wrongly) is still standing firmly with Trump in the aftermath of the riot. She’s also gotten the message that there are viable options being courted to campaign against her in a GOP primary if she veers too far to the left.


Like Haley, Mace desperately needed to make a “course correction” – and this ridiculous spat with Ocasio-Cortez afforded her precisely such an opportunity (especially seeing as Ocasio-Cortez punched down in response).

As for the media coverage … we get that, too. We really do.

Obsessing over a pair of attractive women channeling their inner Bravo TV personalities is obviously far more interesting than debating the particulars of U.S. president Joe Biden’s proposed stimulus or opining on his, um, “judicial reforms.” Clearly there are clicks-aplenty to be had in peddling spin for affirmation seekers as opposed to providing edification for the dwindling number of Americans with open minds.

We just expected better from Mace …

Don’t get us wrong: We fully expect South Carolina’s newest member of congress to be a consistent pro-liberty, pro-prosperity vote. Which is ultimately how we will judge her (and how you should judge her, too). But Mace needs to decide sooner rather than later whether she wants to be a credible, common sense leader on conservative policy or whether she views her congressional office as an audition for the next season of Southern Charm.

Because after a month in office, all she’s done is engage in self-serving drama …