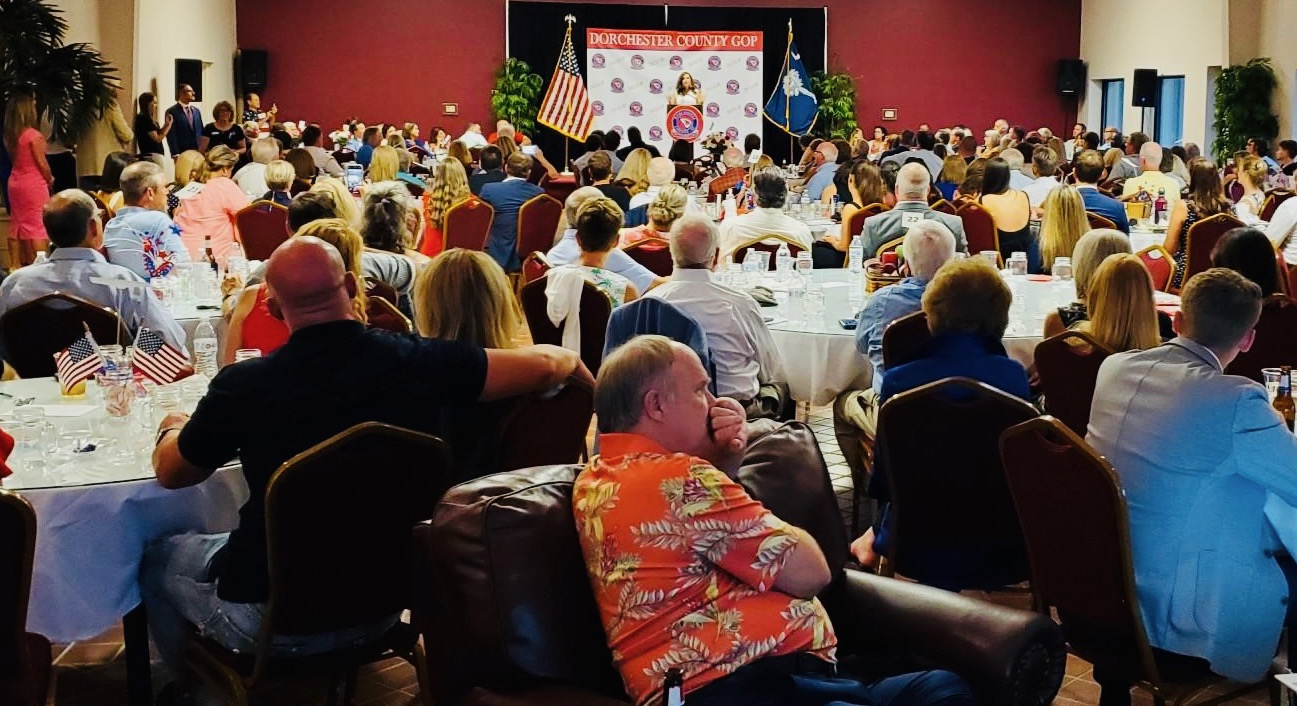 As she struggles to rehabilitate her image with conservative GOP primary voters in the South Carolina Lowcountry, U.S. congresswoman Nancy Mace is arming herself … literally.

Mace, 43, appeared at a gathering of the Dorchester county Republican party on Saturday evening with a pistol holstered to her right hip. The freshman lawmaker wore the gun in public in accordance with the Palmetto State’s new open carry law – a.k.a. Act 66 of 2021 – which went into effect on August 15.

Graham’s absence was not surprising seeing as he has been censured by several other county parties over the last few weeks for his ongoing support of a massive $1.2 trillion “infrastructure” bill championed by U.S. president Joe Biden.

As for Mace (above, left), her appearance came just days after some revealing social media activity … and took place on the same day it was revealed she has drawn another Republican challenger in her bid for a second, two-year term in Washington, D.C.

As this news outlet has frequently noted, Mace is facing a revolt on her far right flank after slamming former U.S. president Donald Trump for his alleged role in inciting the mob violence that went down at the U.S. capitol on January 6, 2021.

“Everything that he’s worked for … his entire legacy – was wiped out yesterday,” Mace said the day after the bloody assault on the capitol.

Shortly thereafter, though, she changed her tune.

Mace wore her pistol during a media availability held prior to the rally – as well as during her speech to the assembled party faithful.

South Carolina’s open carry law allows citizens who have a concealed weapons permit issued by the S.C. State Law Enforcement Division (SLED) to carry openly. Anyone looking to apply for such a permit must provide “proof of training” – including successful completion of a handgun education course and the firing of at least 25 rounds with a licensed instructor.

Open carry is not a universal right, obviously …

Firearms may not be carried on the grounds of the S.C. State House – or any other building which expressly prohibits guns (concealed or otherwise). Similarly, the new law contains a prohibition against carrying firearms on school property when students are either in class or participating in extracurricular activities (including sports).

Furthermore, citizens and business owners are also free to prohibit the carrying of weapons (concealed or otherwise) on their property – specifically via the posting of a ‘NO CONCEALABLE WEAPONS ALLOWED’ sign.

The presence of such a sign “shall constitute notice to a person holding a permit issued pursuant to this article that the employer, owner, or person in legal possession or control requests that concealable weapons, whether concealed or openly carried, not be brought upon the premises or into the work place.”

Local governments are also allowed to temporarily ban open carrying at specific permitted events including “a public protest, rally, fair, parade, festival or other organized event.” However, they “must post signs at the event when open carrying is allowed or not allowed.”