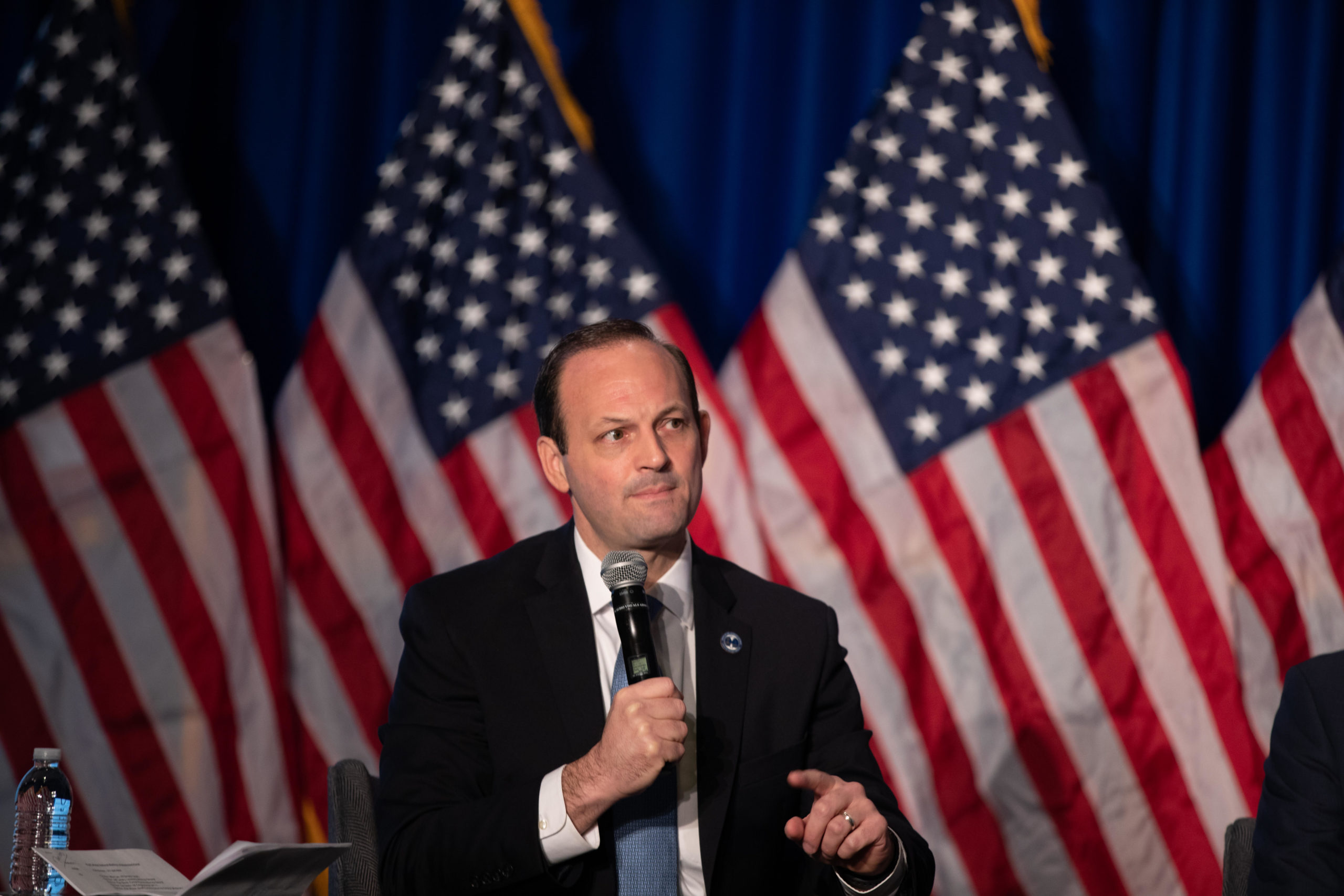 Despite outrage from conservative lawmakers, leaders of South Carolina’s GOP-controlled legislature declined to aggressively confront the recent vaccine mandate issued by U.S. president Joe Biden – claiming they didn’t have the numbers and didn’t want to risk running afoul of the state constitution.

In a tepid letter to his colleagues last week, S.C. speaker Jay Lucas hemmed and hawed on the issue – telling “Republican” legislators it would “serve no purpose for the majority caucus in the House to coalesce around an unenforceable, unconstitutional, improper solution to an unenforceable, unconstitutional, improper problem.”

“Two wrongs do not make a right,” Lucas wrote (.pdf) in his letter.

Lucas further cautioned his colleagues that addressing Biden’s edict in an emergency session held prior to the regular reconvening of the legislature next January would require a two-thirds vote of both chambers.

“There would be no point to violate our own Constitution in an attempt to correct Washington’s violations of the nation’s Constitution,” he wrote, essentially admitting the GOP could not attain the two-thirds threshold.

Last time I checked, the GOP enjoyed near-supermajorities in both chambers of the legislature … to the extent that has mattered (and will not matter in this instance, apparently).

Anyway, Lucas’ letter made it clear his chamber would be relying on S.C. attorney general Alan Wilson to “combat these unacceptable mandates.”

Sound familiar? Last month, Lucas and S.C. Senate president Harvey Peeler relied on Wilson to uphold their disjointed attempts to ban mask and vaccine mandates at the state level – which he did.

On Thursday, Wilson rose to the challenge … as did the attorneys general of twenty-three other states.

According to the White House, the new OSHA rule would “require all employers with 100 or more employees to ensure their workforce is fully vaccinated or require any workers who remain unvaccinated to produce a negative test result on at least a weekly basis before coming to work.”

This mandate is “a threat to individual liberty,” the attorneys general wrote in their letter.

“Your plan is disastrous and counterproductive,” the letter asserted. “From a policy perspective, this edict is unlikely to win hearts and minds – it will simply drive further skepticism. And at least some Americans will simply leave the job market instead of complying. This will further strain an already too-tight labor market, burdening companies and (therefore) threatening the jobs of even those who have received a vaccine.”

The letter went on to say the mandate “is likely to increase skepticism of vaccines” because it “suggest(s) that the vaccinated need protection from those who, for whatever personal reason, choose not to or cannot receive a Covid-19 shot,” it noted. “That is hardly a statement of confidence in the efficacy of vaccines.”

Most importantly, the letter assailed the mandate as “illegal” and “unconstitutional” – describing it as the latest example of Biden reaching “for new and startlingly broad powers in old statues.”

“You are clearly acting beyond the scope of the statute, and you will fail in court,” the letter concluded, vowing that each of the twenty-four states signing the letter would “seek every available legal option to hold you accountable and uphold the rule of law.”

Wilson – the chairman of the Republican Attorneys General Association (RAGA) – was one of the organizers of the letter as well as its lead signatory. While the Palmetto State’s top prosecutor has taken a hard line against vaccine mandates at both the federal and state levels, he has made it clear he supports vaccination – and has urged South Carolinians to get their jabs.

“I’m fully vaccinated and encourage everyone who can to get the shot, but this is a question of following the law,” Wilson wrote on his Facebook page. “We think it will also mean fewer people will get vaccinated, which we’ve already seen in New York, where healthcare workers quit because of New York’s vaccine mandate.”

My view on all this? I support Wilson’s position. As I noted in a recent post, “I can’t believe we are even debating the issue as citizens of what is supposed to be a free country.”

I have had both of my shots, and I have encouraged my readers to get theirs as well. Oh, and I have had Covid-19 at least once (and probably twice). Still, I do not believe anyone one should lose their job because they declined to get vaccinated … and more importantly, I do not believe anyone should lose their job because government decided to impose yet another round of draconian societal shutdowns in an effort to contain the spread of the virus.

Fortunately, the latest Covid-19 surge appears to be rapidly losing steam – although the various political debates associated with masks and vaccinations continue to escalate.

Should the federal government mandate vaccines for private sector employees?