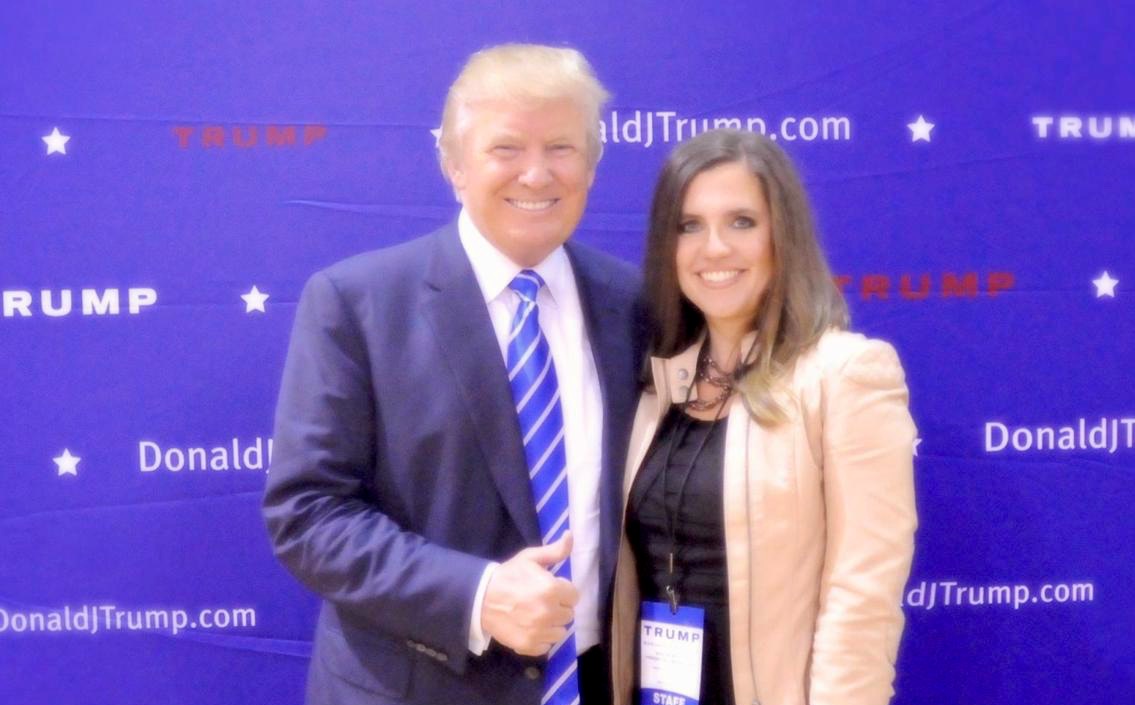 At a pair of recent Republican candidate forums in the South Carolina first congressional district, “Bikers for Trump” founder Chris Cox of Mount Pleasant, S.C. has made some attention-getting allegations. Cox has claimed that the frontrunner for the GOP nomination – second-term state representative Nancy Mace – was fired from the 2016 campaign of U.S. president Donald Trump.

Along with U.S. ambassador Ed McMullen and former S.C. majority leader Jimmy Merrill, Mace was one of the three top Trump staffers during his victorious “First in the South” campaign. She continued to work for Trump following his Palmetto State win, but left the campaign prior to the general election to return to her Daniel Island, S.C.-based real estate practice.

Cox made his claim that Mace was fired “without evidence,” according to reporter Caitlin Byrd of The (Charleston, S.C.) Post and Courier – and Mace has repeatedly denied the allegation.

Meanwhile, a whisper campaign behind the scenes has suggested Mace’s departure from the Trump campaign may have been linked to something even more salacious.

In a press release following the latest first district forum on May 26, 2020, Mace’s top opponent in the race – Mount Pleasant, S.C. town councilwoman Kathy Landing – took a shot at the frontrunner (albeit not by name), specifically referencing alleged discrepancies in the latter’s background.

“While one of my opponents used tonight’s debate to dodge questions that must be answered before Republican primary voters cast their ballots, I did not shy away from my background or ideas to improve the quality of life for residents in (the first district),” Landing said in the statement.

We reached out to Landing (above) on Wednesday after receiving the press release and confirmed she was indeed referring to Mace – and specifically rumors surrounding her departure from the Trump campaign in 2016.

“Instead of referring people to a LinkedIn profile – the contents of which she dreamed up, Nancy Mace should have answered why she was not on President Trump’s team for the final months of the campaign,” Landing told us.

Landing also popped Mace for talking the talk – but not walking the walk – when it came to party unity.

“Instead of preaching about party unity last night, Nancy Mace should have practiced it, not spent the last decade launching vicious attacks against our senior senator, our former governor, our 2018 congressional nominee, and other South Carolina Republican leaders,” Landing told us.

Landing is referencing Mace’s unsuccessful 2014 candidacy for U.S. Senate against Lindsey Graham, her running feud with former S.C. governor Nikki Haley (which Democrats hit her on this week) and the bad blood that exists between her and 2018 first district GOP nominee Katie Arrington.

Back to the subject at hand, though … what’s the truth about Mace’s affiliation with Trump?

According to a senior 2016 Trump staffer who spoke with us on condition of anonymity, Mace worked in two states following the “First in the South” primary – helping with phone bank operations.

“By the time they got past her second state they stopped doing that type of phone banking so she and several others were out of jobs,” the source told us. “Also, once primary process was over they downscaled the whole team to the Trump Tower – very few field people were in the states. That is the fact of what happened.”

As for Mace’s campaign, it wasn’t taking Landing’s criticism lying down.

“Last night’s debate was full of conspiracy theories and lies,” Mace spokeswoman Mara Mellstrom told us. “This is how people in D.C. act. We don’t need any more of that. This is also what happens when you’re 32 points behind and become totally unhinged.”

Mellstrom is referring to an internal poll released by Mace the day after the debate showing the frontrunner drawing 45 percent of the GOP primary vote compared to just 13 percent for Landing.

But what about the allegation that Trump fired Mace?

“Here are the facts: In 2015 Nancy was hired to work on the Trump campaign until the end of the South Carolina primary, but instead ended up being asked to travel to several more states and work for them longer than planned,” Mellstrom said. “Nancy loved every minute of it, but politics isn’t her occupation. She earns her living and pays her bills in real estate and has done so for the past several years. She had to get back to her job doing that.”

As for the bad blood between Mace (below) and Haley, Mellstrom told us Mace has “never said one bad word about our former governor and in fact, has stated many times that South Carolina has churned out some incredible political leaders over the years on the national stage.”

“She stands by her record of working hard and working together,” Mellstrom said. “Our campaign made a pledge at the beginning of this that we will run a positive race and we are going to continue doing just that.”

As we have previously noted, national Republicans have made reclaiming the first district their No. 1 priority in the 2020 election cycle … while at the same time making it abundantly clear they prefer a female candidate to serve as their standard-bearer. After surging to huge early leads in polling, fundraising and grassroots support, Mace has emerged as that candidate – receiving the institutional backing of numerous national party leaders.

Landing is making a late charge, though, and is hoping to force the front-runner into a head-to-head battle that would extend their primary campaign – buying her more time to make up the gap between them. In South Carolina partisan primary elections, if no candidate receives fifty percent of the vote on the first ballot then the top two vote-getters advance to a head-to-head runoff election two weeks later.

Can Landing force Mace into a runoff? We will find out in eleven days … but if the election were held today we think Mace would likely gain enough votes to win the the GOP nomination on the first ballot, earning her the right to go up against first-term Democratic incumbent Joe Cunningham this fall.