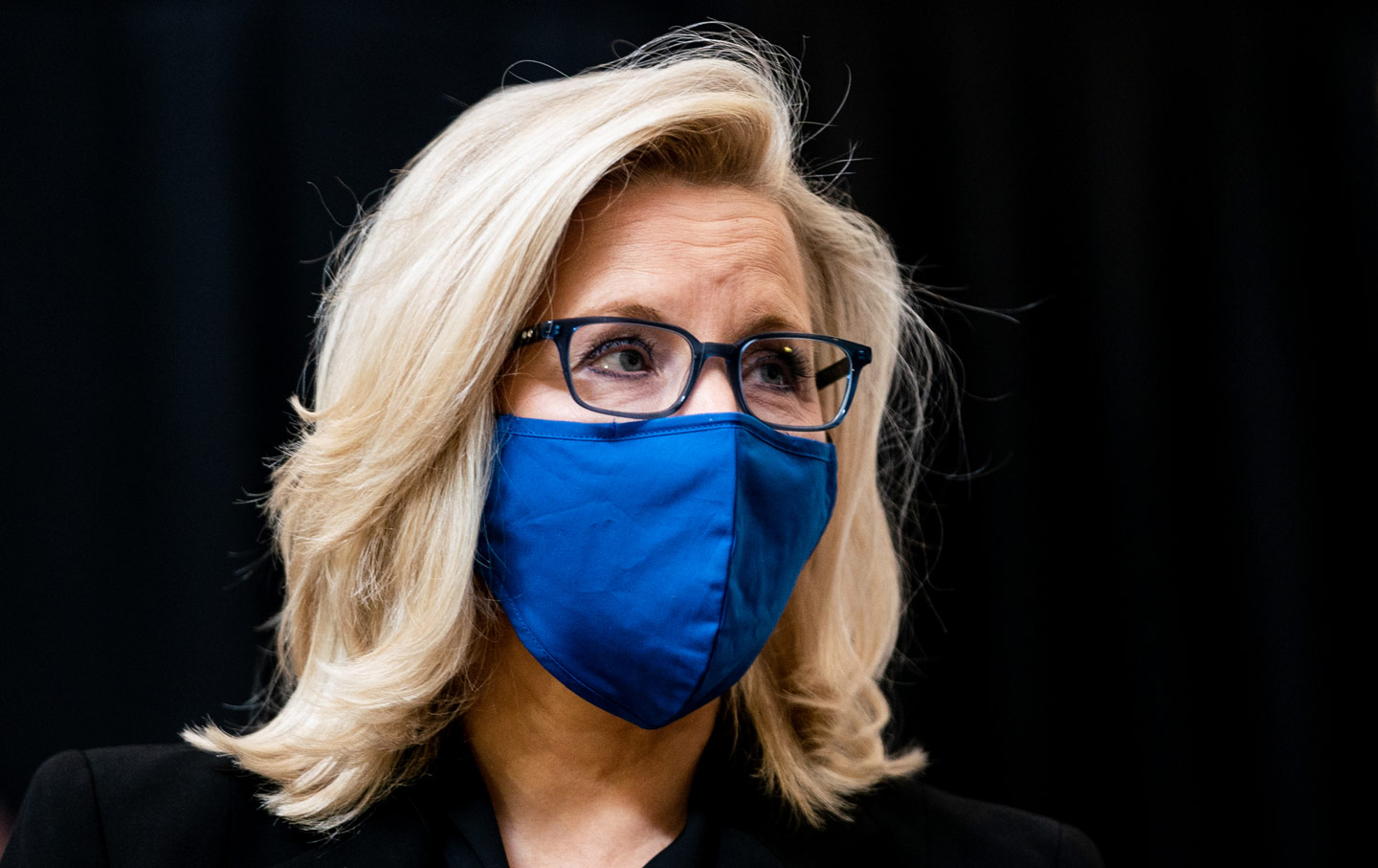 Last fall, this news outlet penned a column urging then-South Carolina state representative Nancy Mace to distance herself from congresswoman Liz Cheney. In fact, I urged Mace at the time to return a contribution she received from Cheney’s political action committee.

The logic behind this advice was simple: Cheney and her father, former U.S. vice president Dick Cheney, are luminaries of the American “neoconservative” (i.e. warmonger) movement – which has been bleeding our nation dry (both literally and in the wallet) for the past two decades via a nebulously defined “War on Terror.”

Since then, Cheney has become the most prominent #NeverTrump “Republican” in Washington, D.C. – owing mostly to her status as one of ten GOP lawmakers who voted to impeach former U.S. president Donald Trump for his role in allegedly inciting the January 6, 2021 mob violence at the U.S. capitol.

Just this week, Trump slammed Cheney as a “warmongering fool” who was polling so low in her bid for reelection that she was trying to find a way to exit the contest.

“Liz Cheney is polling sooo low in Wyoming, and has sooo little support, even from the Wyoming Republican Party, that she is looking for a way out of her Congressional race,” Trump said in a statement. “Based on all polling, there is no way she can win. She’ll either be yet another lobbyist or maybe embarrass her family by running for President, in order to save face. This warmongering fool wants to stay in the Middle East and Afghanistan for another 19 years, but doesn’t consider the big picture – Russia and China!”

Like Cheney, Mace was all aboard the #NeverTrump train in the aftermath of the capitol riots …

“Everything that he’s worked for – his entire legacy – was wiped out yesterday,” Mace said at the time.

However, within a month the first-term Republican had changed her tune and rejoined MAGA-land. Luckily for Mace, her two-step didn’t draw as much scrutiny as it could have in her home state of South Carolina thanks to the actions of other Palmetto politicians.

For example, there was U.S. congressman Tom Rice’s surprise decision to join Cheney in impeaching Trump – which literally came out of nowhere (and has sparked a groundswell of opposition in his congressional district). Also, former United Nations ambassador Nikki Haley’s perpetual vacillation regarding Trump has generated major headlines within the context of the 2024 presidential election – dwarfing Mace’s machinations.

This week, though, a fundraising invitation circulating in Washington, D.C. will put Mace very much back under the microscope as it relates to her proximity to Cheney.

“The event will be at a townhouse on the Hill and outdoors weather-permitting,” the invite noted, adding that the address for the gathering will only be provided to those who contributed $2,500 or $1,000 to Mace’s congressional reelection bid.


In addition to the reception, Cheney is hosting a pair of “meet and greets” for Mace in Washington, D.C.

“Is she hoping we don’t hear about it?” one conservative donor who received the invitation told me this week.

In the aftermath of the January 6 riot, Mace staked herself out on the far left flank of the GOP’s civil war – vowing to become a “new voice for the Republican party.” She also attacked one of Trump’s allies in the U.S. House for allegedly being affiliated with QAnon – a shadowy group that has sought to counter increasingly leftist mainstream media coverage by peddling similarly untrustworthy right-wing conspiracy theories (and which has become a convenient “catch-all” for those looking to marginalize Trump backers).

Mace’s moves have drawn rebukes from the right – as have her efforts to brand herself as a “single mother” (the freshman congresswoman co-parents her two children with her former husband, Curtis Jackson).

Mace has already drawn one Republican challenger in her bid for a second term in Washington, D.C. Odds are her decision to continue cozying up to Cheney will invite further challenges from MAGA-land.