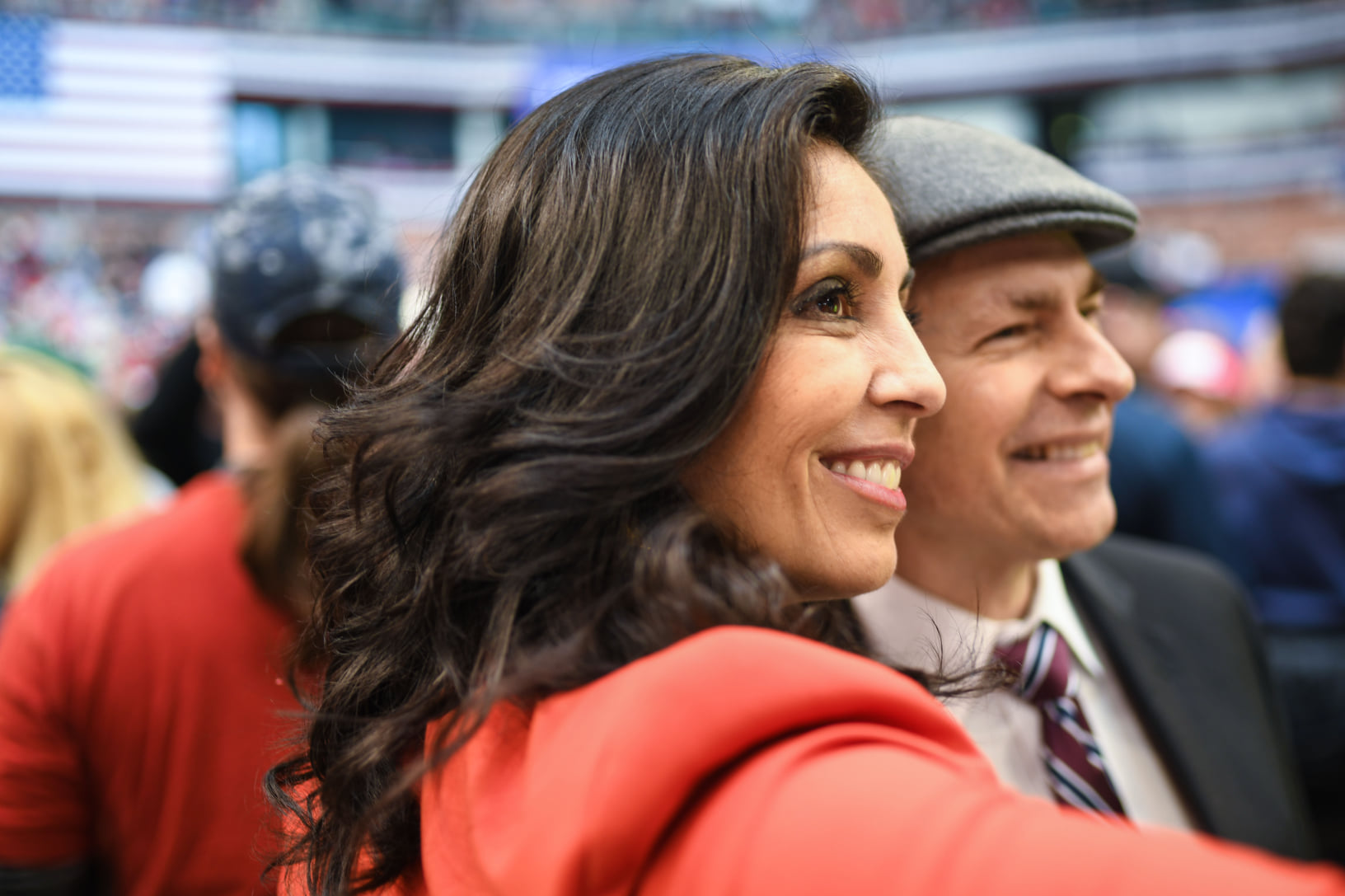 Centurion is the second announced challenger to Republican congresswoman Nancy Mace, who has enraged conservatives in her district by turning on former U.S. president Donald Trump.

Mace captured the first district thanks to a razor-thin victory over Democrat Joe Cunningham, who won the seat by an even slimmer margin in 2018.

A former employee of Trump’s 2016 campaign, Mace ripped her old boss in no uncertain terms for his alleged role in inciting the mob violence that went down at the U.S. capitol on January 6, 2021.

Shortly thereafter, the 43-year-old changed her tune – although the damage to her right flank (and her far right flank) was done.

Mace compounded her problems by aligning with Trump’s nemesis in the U.S. House of Representatives, liberal GOP congresswoman Liz Cheney of Wyoming.

Accordingly, there are whispers Trump himself may come out against her candidacy …

Mace has been working overtime lately to shore up her support – posting bikini bod pictures to social media, toting a gun on her hip at a recent party rally and taking a high-profile junket to the U.S.-Mexican border.

Will any of it work? We shall see …

Centurion’s audition for a presidential endorsement got off to an impressive start this week when her campaign released a deftly produced video introducing her to first district voters.

The clip, unsurprisingly, began by taking aim at current U.S. president Joe Biden and his litany of failures, most notably the botched U.S. withdrawal from Afghanistan.

“In less than one year (under) president Biden, we have witnessed chaos on the border, become energy dependent again, created massive inflation, dishonored our military with failures in Afghanistan and paid people more to stay home than work,” Centurion said. “The rise of socialism under Biden and the Democrat majority in congress is exploding our debt, devastating our economy, poisoning our education system and dividing us as a people.”

Such well-scripted rhetoric will certainly appeal to the vast majority of GOP primary voters, but it was Centurion’s next line which like hit the erogenous zones in MAGA-land.

“Worse than the Democrats are Republicans like Nancy Mace who campaign like conservatives and then side with the RINOs like Liz Cheney,” Centurion said. “We need Republicans who speak, act and vote in the House the same way they campaign.”

Later in the clip, Centurion refers to Mace as one of Biden’s “willing, Republican accomplices.”

(Via: Centurion for Congress)

Not a bad pitch …

As noted in my previous coverage of her candidacy, Centurion is “the daughter of Argentine immigrants” who has served “in mission critical environments from the cockpit of multiple aircraft platforms UH-1H (Huey), UH-60 (Blackhawk), RC-12P (Guardrail) to the controls of ground robots and unmanned aircraft systems.”

Centurion owns her own technology consulting firm, which according to her bio provides “intelligence services to entrepreneurial advanced technology firms” and which has afforded her “first-hand experience in national security and immigration issues.”

She is clearly banking her experience – and her personal narrative – will appeal to GOP primary voters just like her commitment to their “shared conservative values.”

“My parents came to America with hope and built a better life for their family,” she said. “They believed in the American dream, teaching me at an early age that if you work hard, keep your word and do what’s right you can achieve anything.”

Joining Centurion and Mace as an announced candidate is Lynz Piper-Loomis – a military caregiver who announced she was running back in May. Piper-Loomis (whose first name is pronounced “LIN-zee”) has aggressively campaigned against mask mandates and vaccine requirements for members of the U.S. Armed Forces.

Piper-Loomis has also criticized Mace for betraying Trump and the conservative movement following her election.

Mace remains the frontrunner for this seat, but as I noted last month “if Trump were to throw his weight behind one of (her) challengers – as some have suggested he intends to do – I suspect her already vulnerable position with Republican primary voters could collapse completely.”

Stay tuned for more reports on this primary election in the coming days – as well as a report delving into the origins of Trump’s disdain for Mace.

BANNER VIA: Centurion for U.S. Congress