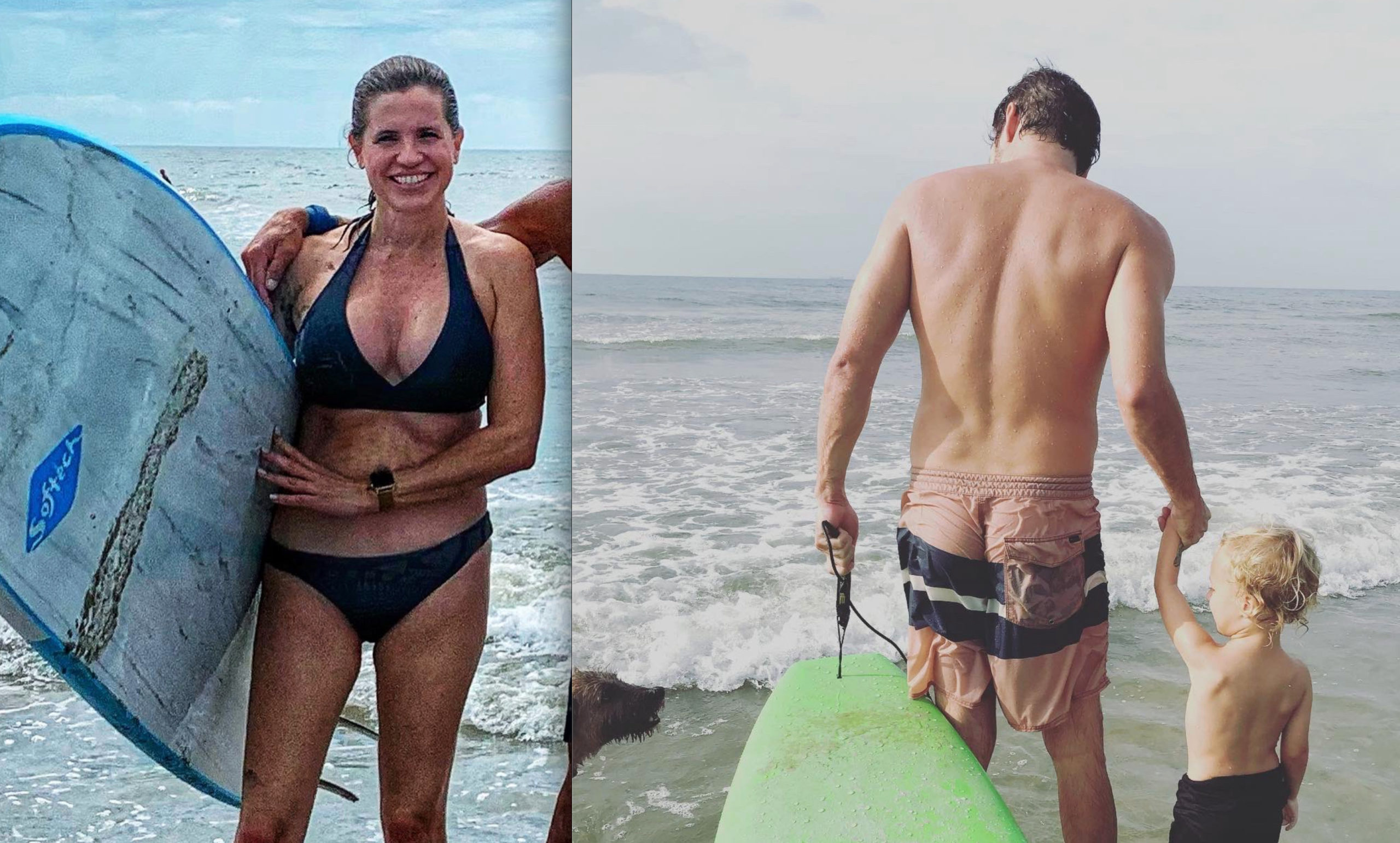 A pair of prominent South Carolina politicians took to the surf last weekend … and proceeded to show off their beach bodies on social media.

Will these Baywatch-worthy displays earn them votes? Or will the two politicians – both of whom are recently divorced – face backlash for being too “revealing?”

The fun began on Sunday afternoon when former U.S. congressman Joe Cunningham – who is currently campaigning for governor of South Carolina – posted a pair of pictures of himself on Isle of Palms, S.C. with his son, Boone Cunningham.

“Boone and I were able to catch a few waves on Isle of Palms this morning before the storms moved in!” the 39-year-old Cunningham tweeted. “Hope everyone is having a great Sunday!”

Not surprisingly, the second image of Cunningham (a.k.a. “rearview”) caused quite a stir …

“Showing us a little too much in that second photo, Joe,” one of his Twitter followers responded. “I question your judgement, based on your selection of such a revealing photo (unprofessional to say the least).”

“Revealing?” one of Cunningham’s supporters fired back. “He’s in a swimsuit on a beach just like numerous South Carolina citizens and tourists are all throughout the summer.”

Cunningham is running against S.C. senator Mia McLeod for the 2022 Democratic gubernatorial nomination.

Not to be outdone, U.S. congresswoman Nancy Mace – who defeated Cunningham last fall in a pitched battle for the Palmetto State’s first congressional district – posted her own beach body pictures to Twitter later the same afternoon after she and her children took surfing lessons on Folly Beach, S.C.

“Kids and I took lessons (with) Kai from Sol Surfers this weekend,” Mace tweeted. “Excellent waves and weather! One of our most memorable days as a family this summer. I was able to hit pause and have a few hours of fun with my babies who are no longer babies.”

Like Cunningham, though, the 43-year-old “single mother” found herself on the receiving end of some criticism following her tweet.

“This tweet is not about surfing with your kids,” one person responded. “It’s another self-serving selfie moment. And unprofessional, to say the least.”

Mace has been having all sorts of trouble with her conservative base this year, with supporters of former president Donald Trump – and perhaps even Trump himself – eager to see her challenged in next spring’s “Republican” primary elections.

So … will these “bikini bod” pics help or hurt the first-term congresswoman as she seeks a second term in Washington, D.C.? Also, will Cunningham’s “rearview” image bolster his gubernatorial prospects?

While I believe both politicians have contracted serious cases of “look-at-me syndrome,” it is doubtful these images will move the needle one way or another when it comes to political benefit/ detriment.

Ultimately, people do not cast their ballots based on a candidate’s attractiveness … right?

In fact, there is one school of consulting thought which holds that candidates should not be “too” attractive – as it might cause voters to resent them.

Personally, I see no issues with either Cunningham or Mace’s social media posts.

As the old expression goes, “if you got it, flaunt it.”