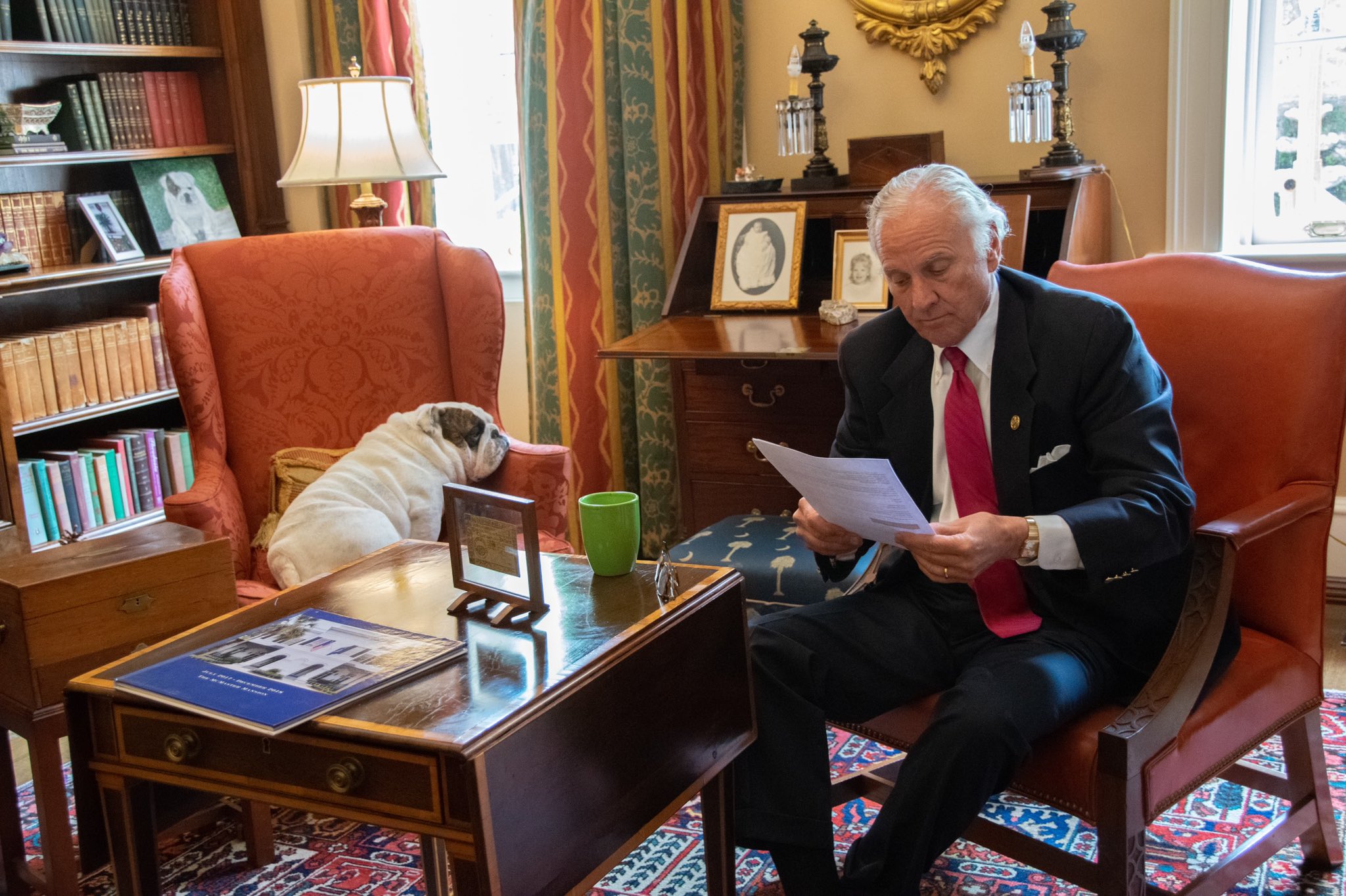 South Carolina governor Henry McMaster hasn’t done a lot right since inheriting his office a little over four years ago – as a gift from former U.S. president Donald Trump. Like most “Republicans” in the Palmetto State, McMaster is a go-along-to-get-along status quo guy … a defender of its failed bureaucratic/ crony capitalist establishment.

McMaster was so unpopular last fall most GOP candidates distanced themselves from him during the 2020 election cycle … a strategy which paid dividends for them come November. After the election, McMaster’s botched rollout of Covid-19 vaccines drew criticism from both the left and the right – and after that he proceeded to watch impotently as one of his 2018 rivals scored a major legislative win.

In early March, though, the worm began to turn …

It all started when Trump issued another endorsement of McMaster – whom he dragged across the finish line in the 2018 GOP gubernatorial runoff.

“He is strong on the military, our vets, crime and the Second Amendment,” Trump wrote of McMaster. “He has also been a fabulous chief executive for his state.”

Warren, readers will recall, was on a trajectory to defeat McMaster in the 2018 Republican gubernatorial race – at least until he started receiving incoming fire from fellow GOP candidate Catherine Templeton. The sparring between these two challengers enabled McMaster to finish first in the “Republican” primary voting, albeit with only 42.32 percent of the vote.

In a GOP runoff election two weeks later, Warren and Templeton joined forces … but by then it was too late. With Trump’s imprimatur, McMaster survived with 53.63 percent of the vote in his head-to-head matchup against the Marine-turned-entrepreneur.

All signs point to Warren challenging McMaster again in 2022, including the dollar signs (ka-ching). The thick-drawled incumbent could also draw a challenge from S.C. Senate majority leader Shane Massey – although his status is considered up in the air given the recent health problems of fiscally liberal legislative leader Hugh Leatherman.

Unlike McMaster, Massey occupies a position of actual influence in Palmetto politics … and he may be thinking twice about surrendering his post for a more ministerial role. Especially in light of a looming power vacuum within the Senate chamber.

What do McMaster’s latest polling numbers look like? Based on the horrendous year he had in 2020, I fully expected them to be atrocious. However, an early-April survey from Atlanta, Georgia-based political strategist Robert Cahaly told a different story.

According to data released by Cahaly’s company – The Trafalgar Group – 70.5 percent of Republican voters in South Carolina said they approved of the job McMaster was doing – including 41.5 percent who said they strongly approved of his performance in office.

Are those numbers spectacular? No, they are not. Nor are they what I would call “weak,” either. Especially given the disastrous year McMaster had.

Since these polling numbers were released, McMaster has made a pair of bold moves which have doubtless helped shore up his right flank – and boosted his GOP primary appeal. First, he became only the second governor in America to rescind extended, supplemental federal unemployment benefits to jobless Palmetto State workers. In announcing his decision, McMaster argued that paying people to continue sitting on the sidelines of the job market was hamstringing economic recovery.

Is he right? Obviously that debate is ongoing, but I think he is.


Earlier this month, the soon-to-be 74-year-old career politician made another high-profile move by revoking the statewide “mask mandates” he previously imposed on government-run schools. While this decision infuriated the state’s left-leaning teachers’ union, it was wildly popular with conservatives – who have clearly had enough of mask mandates.

Was McMaster ever statutorily empowered to impose mask mandates on government-run schools in the first place? Not really … but the hyper-reactionary response of the far left (juxtaposed with vanishing Covid-19 numbers across the state) made him look positively statesmanlike. And the fact the U.S. Centers for Disease Control and Prevention (CDC) issued new mask guidance that partially affirmed McMaster’s decision within days of the “revocation” certainly didn’t hurt.

Either way, the move was another home run with the Republican electorate …

Am I buying what McMaster is selling? No, I am not. I continue to believe his administration is moving the Palmetto State in the wrong direction on multiple fronts (and the numbers bear me out on that). Beyond that, I believe his refusal to challenge lawmakers on their fiscal profligacy and their failure to provide long-overdue tax relief for small businesses and middle income earners is going to have dire consequences for our economy down the road.

But, as anyone in politics will tell you perception is reality … and the perception among a growing number of South Carolina GOP voters is that McMaster is doing a good job.

by Will Folks
Will FolksSeptember 14, 2021September 18, 2021
South Carolina Politics