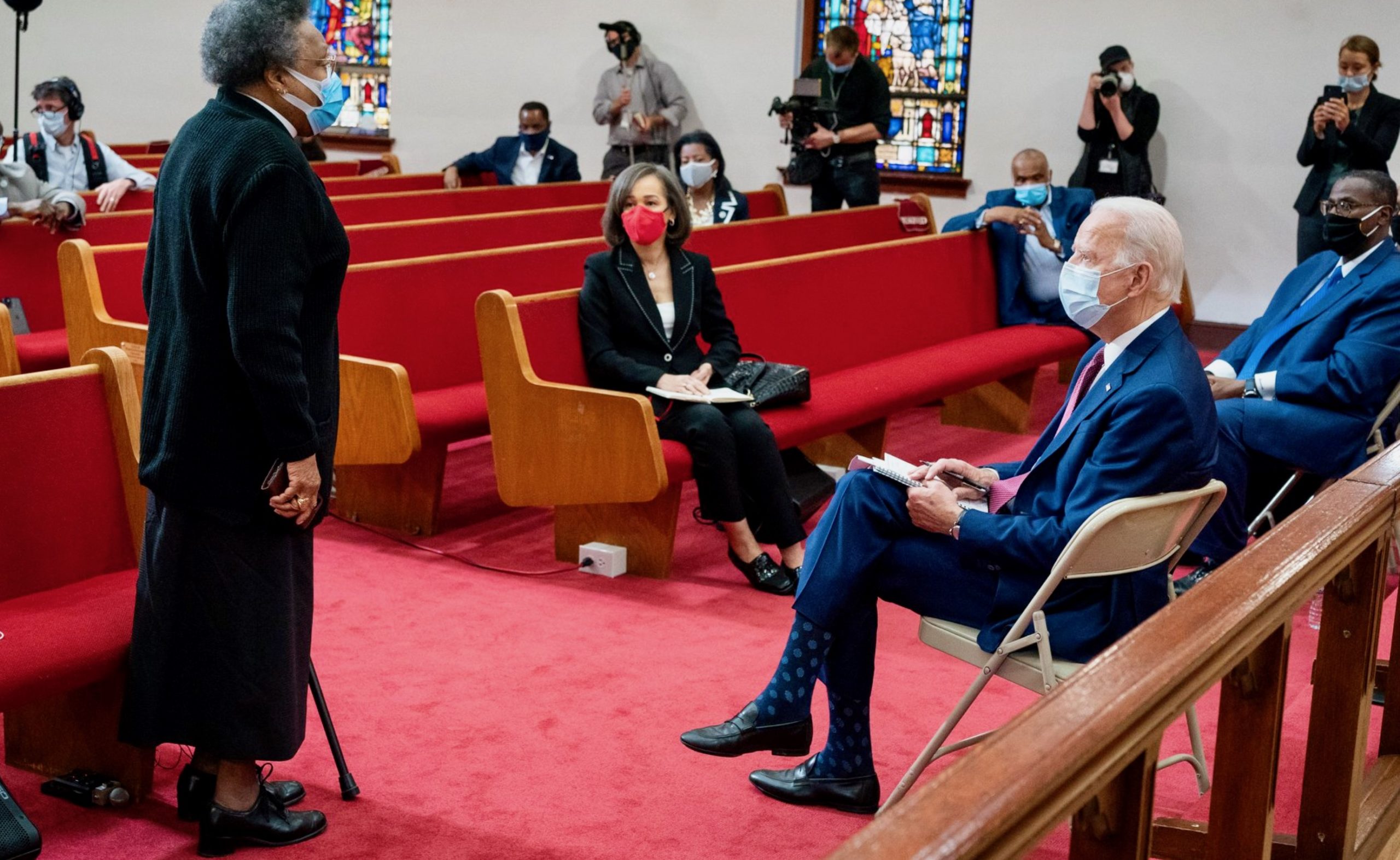 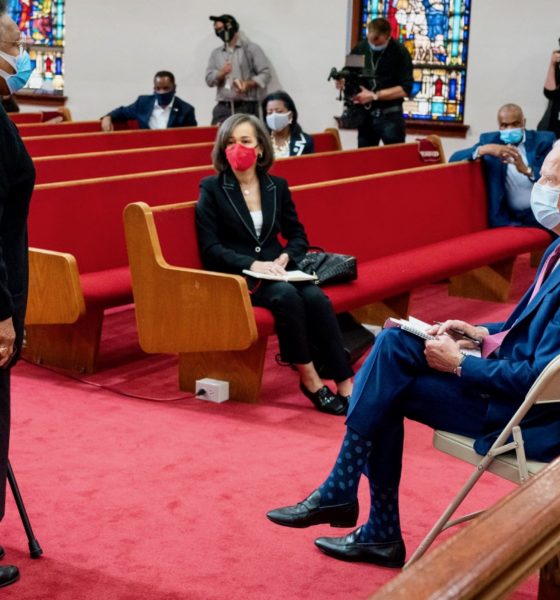 Former U.S. vice president Joe Biden said this week that law enforcement officers in the United States should be trained to shoot onrushing assailants in the leg, not the heart. The comment is a bizarre hot take in the ongoing debate over police tactics in America that has followed from the killing of George Floyd in Minneapolis, Minnesota last week.

Floyd’s death did not involve a gun, but it has nonetheless sparked an important debate over how black suspects are treated by white police officers. Well, check that: It would have sparked such an important debate had peaceful protests over Floyd’s killing not been hijacked by radical, violent mobs.

Now all everybody is talking about is the mob violence … and its origins.

Anyway … Biden weighed in on the issue of police training during an address to black leaders in Wilmington, Delaware.

“Instead of standing there and teaching a cop when there’s an unarmed person coming at ‘em with a knife or something, to shoot ‘em in the leg instead of in the heart,” Biden said.

“An unarmed person with a knife?“

Last time we checked, a person armed with a knife was not “unarmed.” To the contrary, they were definitionally armed.

Of course in fairness to Biden, he gets the “forget-sies” sometimes. Or, lots of times.

(Not) surprisingly, Biden’s latest gaffe failed to make national news. In fact, it barely registered as a blip on mainstream and social media.

The mainstream media in the United States is a one-way ratchet. As is social media, apparently. The dials go to the left. Period.

Biden’s bizarre comment was made a little over a week after he told radio host Charlamagne Tha God that if black voters didn’t know whether they were supporting the former vice president in the fall over U.S. president Donald Trump, they weren’t black.

That remark did receive significant media attention, with Biden drawing widespread condemnation for disrespecting and stereotyping black voters, not to mention taking their votes for granted. The presumptive Democratic nominee later apologized for being a “wise guy” and too “cavalier,” while affirming that “no one should have to vote for any party based on their race, religion or background.”

RELATED || JOE BIDEN IS NOT A MODERATE

As for Biden’s suggestion that law enforcement officers should aim for the leg when circumstances compel them to use lethal force, it certainly sounds good in theory but in reality it goes against all police training.

Officers are taught, quite simply, to discharge as many rounds as necessary at the “center of mass” of an oncoming threat until it is neutralized.

Why? Several reasons. First, shooting to wound may not neutralize the threat. An armed suspect who is wounded in the leg can still fire a weapon or stab someone with a knife using their arms. Second, aiming for a suspect’s arms or legs – parts of the body that move much faster than the torso – is a dramatically harder shot. And harder shots have a higher percentage chance that a projectile will miss its mark and potentially strike bystanders.

But that does not mean we should compromise public safety by rewriting established law enforcement procedures … which are far more often than not implemented by good cops acting in the defense of those they are sworn to protect and serve.

Of course this assumes Biden was serious … or even remembers what it was he said.