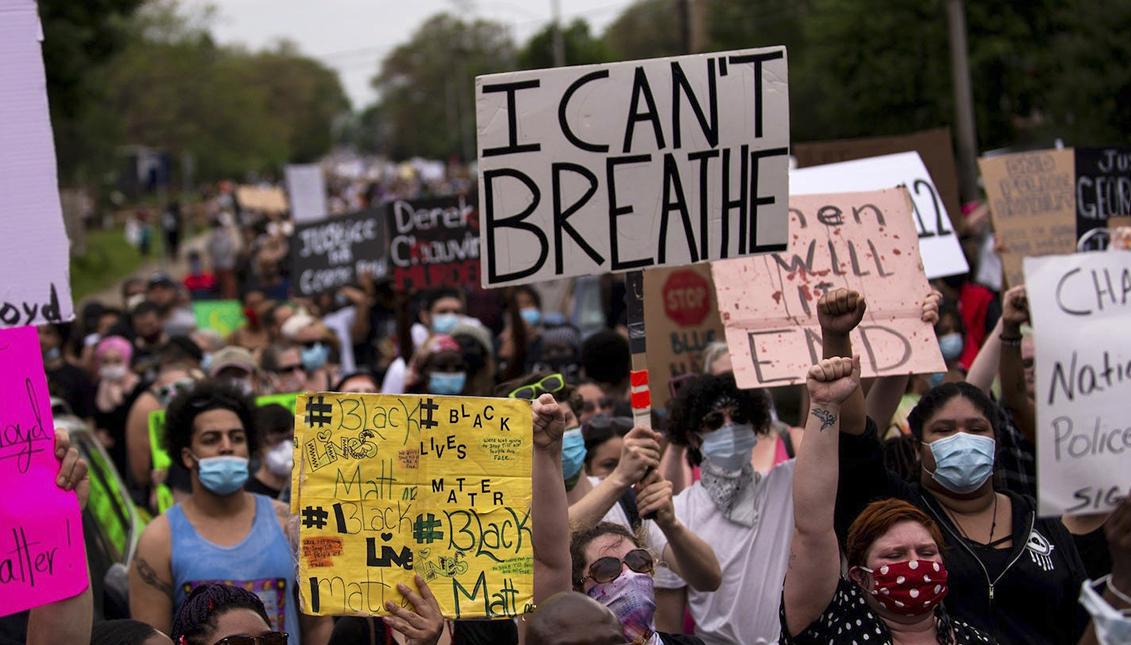 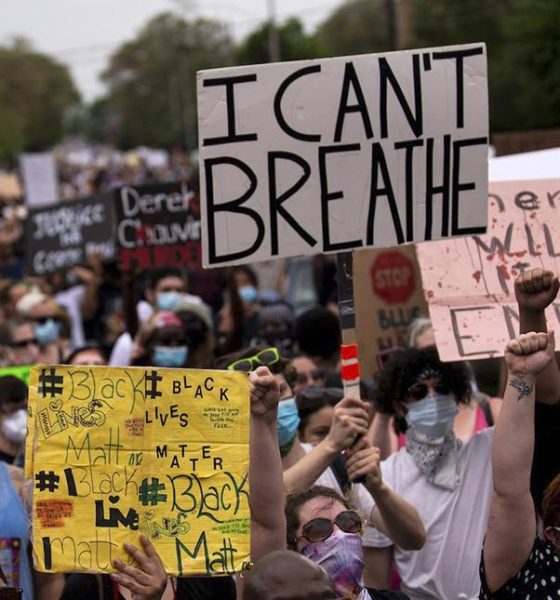 And why police brutality cannot be tolerated … no matter who it targets.

The killing of 46-year-old Texas native George Floyd on Monday evening in the Powderhorn neighborhood of Minneapolis, Minnesota has sparked waves of righteous anger and recrimination against law enforcement. And while we condemn the violent lawlessness emanating from this tragedy – the anger fueling it is undeniably justified.

This news outlet has a long, proud history of rebuking politically correct indignation. This is not that. This is authentic, justified rage.

And while the destructive behavior associated with this rage must stop, all of us need to pay attention to its origins … which includes forcing ourselves to watch Floyd’s final, agonizing moments.

To recap: Floyd was detained at around 8:00 p.m. CDT on Memorial Day in connection with an alleged “forgery in progress” at a Powderhorn deli located approximately ten miles south of downtown Minneapolis. There, a local small business owner claimed Floyd was attempting to pass a $20.00 bill that had been identified by an employee as counterfeit. Floyd – who had recently lost his job as a security guard at a local club – was encountered by police sitting on top of a blue vehicle outside of the restaurant, allegedly “under the influence.”

“He was ordered to step from his car,” a statement from the Minneapolis police department noted. “After he got out, he physically resisted officers.”

As of this writing, however, no video evidence has emerged to corroborate the allegation that Floyd resisted arrest. To the contrary, available video evidence would seem to disprove this allegation.

Floyd was unarmed at the time of the incident.

According to multiple videos of the arrest, a Minneapolis police officer (since identified as 44-year-old Derek Chauvin) pinned a handcuffed Floyd to the ground – forcing his knee into the back of Floyd’s neck.

In one of the graphic video clips of the arrest, Floyd is seen repeatedly pleading that he “can’t breathe.” He begs Chauvin – who was accompanied by three other officers during the “detention” – to move his knee off of his neck.

“Please, the knee in my neck, I can’t breathe,” Floyd can be heard saying on the video.

Floyd can also be heard moaning, calling out for his mother … literally begging for his life.

Despite these pleas, Chauvin continued applying pressure to Floyd’s neck – even as bystanders who had gathered on a nearby sidewalk began to offer increasingly vocal protests of his behavior.

“Get him off the ground,” one bystander told Chauvin. “You could have put him in the car by now. He’s not resisting arrest or nothing. You’re enjoying it. Look at you. Your body language.”

Chauvin never budged … except to pull out a canister of mace to keep his detractors at bay.

In fact, the video clip (below) shows that Chauvin did not remove his knee from Floyd’s neck until emergency personnel arrived on the scene nearly eight minutes after the recording began and nearly four minutes after Floyd had stopped moving.

Chauvin and the three other responding officers were fired the following day, while the Minnesota Bureau of Criminal Apprehension (MBCA) and the Federal Bureau of Investigation (FBI) have both launched investigations into the matter.

We believe it is clear criminal charges are warranted against all of the officers involved in this apprehension – however we will certainly look at the “other evidence” cited by Hennepin county attorney Mike Freeman which, according to the prosecutor, does not “support a criminal charge.”

We have no idea what that evidence could be … and Freeman declined to elaborate.

Law enforcement leaders across the nation have condemned the conduct of the Minneapolis cops. Ryan Alphin, executive director of the S.C. Law Enforcement Association (SCLEA) and S.C. Police Chiefs Association (SCPCA), issued a statement this week rebuking their actions in no uncertain terms.

“When something is right, defend it with all you have. When something is wrong, condemn it equally,” Alphin wrote. “Cases like George Floyd must not only be condemned by the community but also by law enforcement leadership. While a full investigation will occur, there is no law enforcement training that teaches officers to kneel on a controlled suspects neck for minutes on end. Police officers should be held to the highest standard and the many diverse officers I know across South Carolina want it no other way. Law enforcement is a noble profession tarnished by a small percentage of officers who are not dedicated to upholding the oath they took to serve and protect their communities. We are better when police and the community they serve work together.”

For the time being, we will resist going down the rabbit hole of the various political reactions to Floyd’s death (including the ongoing spat between U.S. president Donald Trump and Minneapolis mayor Jacob Frey over the violence that has ensued in its aftermath). Similarly, we are going to resist engaging the usual assessment of aggravating and mitigating factors related to the incident in question – leaving all of that up to MCBA and FBI investigators.

For now, what matters is calling what is depicted on that video clip exactly what it is … the totally unnecessary taking of human life. Whatever preceded it, there is never a justification for suffocating an unarmed, handcuffed suspect.

In our post-truth world (in which tribalism trumps common sense) it is rare to see an example of something definitively right or definitively wrong … but the killing of George Floyd is precisely such an occurrence.

And refusing to acknowledge it as such is – to borrow the words of the poet Ella Wheeler Wilcox – “to sin by silence when we should protest.”

Which as Wilcox noted, makes those who do so “cowards.”