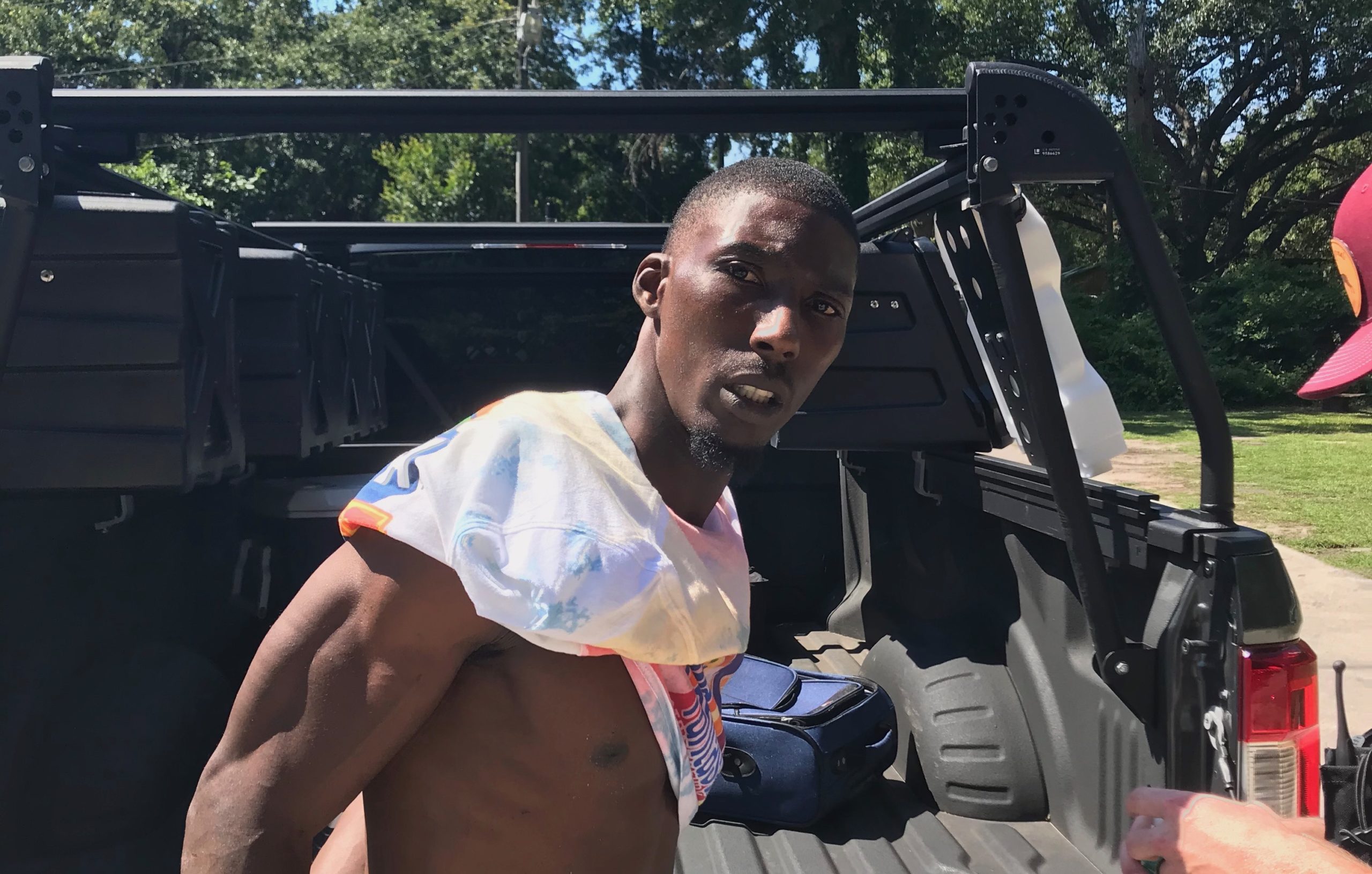 One of the rioters who appears to have helped incite looting and destruction in downtown Charleston, South Carolina on Saturday evening was arrested Tuesday during a social media commentary extolling the virtues of mob violence.

Orlando Sharock King, 31, of North Charleston, S.C. was arrested by officers of the North Charleston police department on Tuesday morning (June 2, 2020) during a live stream on Facebook in which he praised the riots he participated in as being effective in bringing about change.

King proved himself a prophet … although probably not in the way he was expecting.

Within seconds of making his pronouncement, King was taken into custody by police – who were reportedly seeking him on a number of charges related to the disturbances that rocked the Holy City over the weekend.

Previously, King posted a 27-minute video to his Facebook page chronicling his participation in the riots as they happened on Saturday evening.

As of this writing, King is currently facing a pair of second degree burglary charges according to records filed with the Charleston county detention center.

According to our sources, additional charges against King are likely …

As with anyone accused of committing any crime, King is considered innocent until proven guilty by our criminal justice system – or until such time as he may wish to enter a plea in connection with any of the charges filed against him. Of course, his attorneys will likely have a difficult time arguing his case in light of his self-incriminating social media posts.

As we reported over the weekend, a violent mob swarmed the heart of the Holy City on Saturday evening – destroying storefronts, looting private property and setting fire to businesses as part of a nationwide spasm of violence in response to the killing of George Floyd in Minneapolis, Minnesota last week.

As we reported yesterday, the destruction appears to have been far worse than it could have been due to the failure of Charleston officials to arrest those participating in the violence as it was happening.

Things got so bad in Charleston on Saturday evening that S.C. governor Henry McMaster was forced to mobilize the S.C. National Guard in response to the situation. As of Tuesday morning, guard units were still in position in downtown Charleston – “on alert,” as McMaster put it.

News of King’s arrest in North Charleston came as top federal and state law enforcement officials and prosecutors began coordinating their response to the recent outbreaks of violence – vowing to investigate, apprehend and prosecute those responsible for the lawlessness as well as those supporting them.

We applauded their commitment … and will keep our readers in the loop as to their progress.