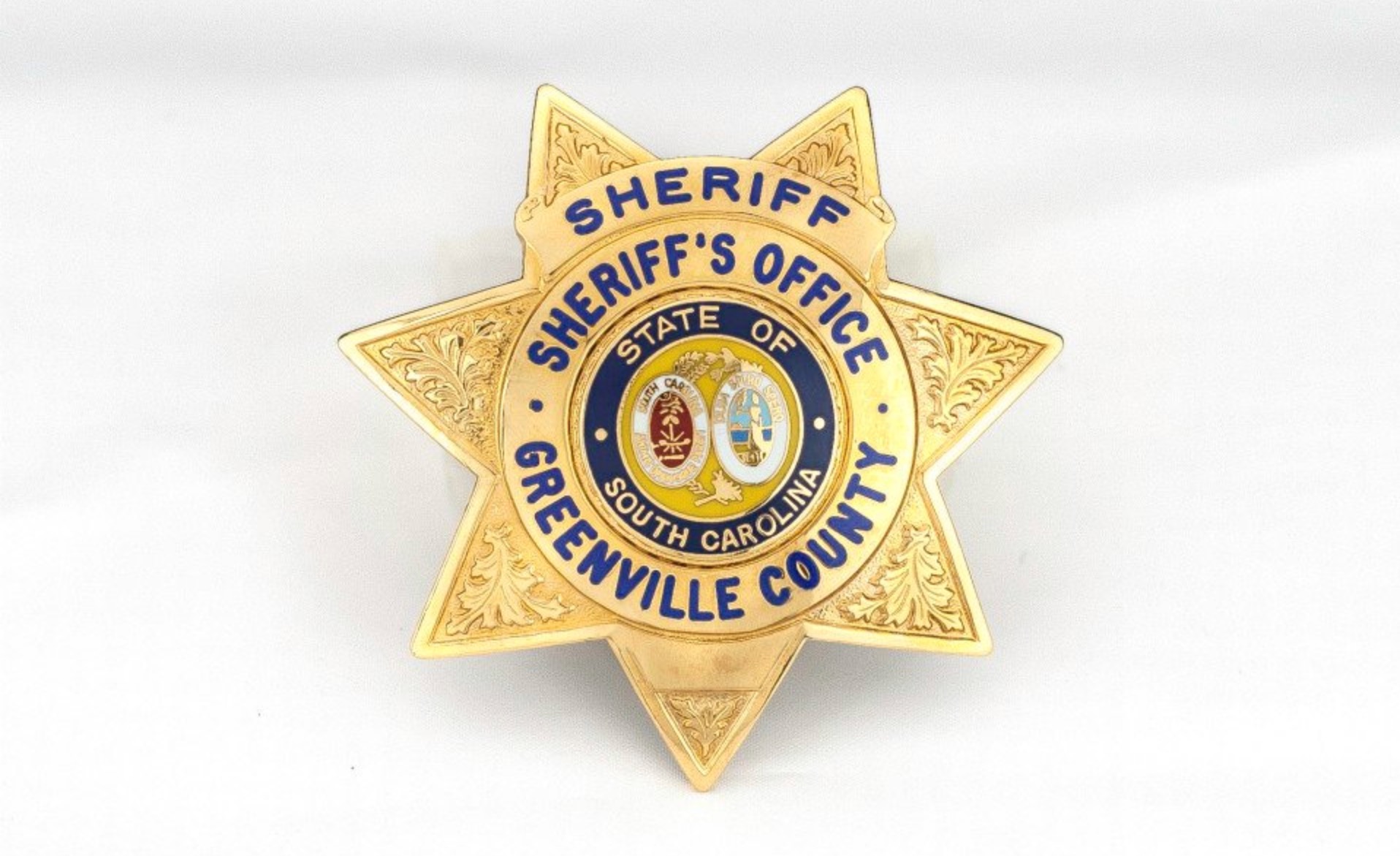 The Republican sheriff’s race in Greenville county, South Carolina this month is going to go one of two ways: Either citizens and taxpayers will elect a competent career law man who could probably do the job in his sleep (A.T. “Tommy” Smith) or they will choose … another Lewis.

A guy who, incidentally, appears to have some of the same problems as the last Lewis to occupy this office …

Here’s the thing, though: We don’t really care one way or the other.

Contrary to perceptions expressed in the barrage of incoming calls, texts, emails, Facebook messages, Twitter DMs and other communications we are receiving about this race … it is ultimately of no consequence to us.

We do not live in Greenville (not yet, anyway). And when it comes to sheriffs in South Carolina, seriously … just give it some time.

“The game will come to you,” as the expression goes.

Our minimal involvement in this race consisted of running an advertisement for one of the candidates (Smith) – a guy whose name we barely mentioned until our founding editor Will Folks happened to see his own name get dragged through the mud last fall via an anonymous website/ shady out-of-state attack mailing associated with this race.

All of a sudden, this news outlet became an issue in the election … getting slammed on local radio shows and assailed during candidate forums.

Or as we like to say, was sein wird wird sein.

Speaking from a standpoint of pure self-interest, though, a victory by Hobart Lewis – the newly minuted frontrunner in this race – would greatly benefit us from a business standpoint. Given some of the credible allegations against the former Greer, S.C. policeman, his election on Tuesday could easily produce the same sort of controversy (and clicks) we received over the last two-and-a-half years as we meticulously documented former sheriff Will Lewis’ fall from grace.

Especially given his status as an unrepentant holy roller …

And make no mistake: Those clicks would be worth far more to us than any short-term advertising campaign.

(Not beating about the bush, are we?)

Anyway, while we have made the editorial decision (for now) not to name anyone connected to Hobert Lewis’ scandal(s) – our guess is the details surrounding his alleged workplace misadventures will not stay secret for very long in the increasingly likely event this sanctimonious social conservative wins the GOP nomination for sheriff on January 21, 2020.

And at that point, the Bible-thumping ex-cop will have to stop parsing words and start providing honest, direct answers … to the extent he can.

Workplace affair allegations aside, we will also continue to track the unexplained proximity questions between Hobart Lewis and a sketchy national group that sent the aforementioned attack mailing targeting Smith (and really, Folks).

Will this mailing be forgotten in the aftermath of the coming election? No … especially not after some high-profile meetings were held at the Poinsett Club in downtown Greenville earlier this week.

Which Upstate politicos attended these meetings? And what did they discuss?

Stay tuned … but we believe the emerging back story of the “national involvement” in the Greenville sheriff’s race may wind up being far more interesting than any of the “sex stuff.”

Either way, a victory by Lewis will raise the stakes (and clicks) for both of those stories … dramatically.

While we await what many suspect will be a foregone conclusion on Tuesday, silly season has officially descended upon Greenville county. Late Friday, WYFF TV 4 (NBC – Greenville/ Spartanburg, S.C.) exclusively reported that former sheriff’s office employee Savannah Nabors – whose allegations led to the downfall of Will Lewis – was endorsing Smith’s candidacy for sheriff.

“I really had no interest in being involved in politics after my experience with the sheriff’s office,” Nabors (above) told reporter Taggart Houck. “But I have felt really strongly lately, ‘God saying, OK, you’re still in this and you still have a voice for a reason. Let’s use your voice. We got the right person out, now let’s make sure that the right person gets in.'”

We had to stop and rub our eyes when this link came through early Saturday morning … were we really seeing this?

“We just need to make sure that the right person is in office and hold them to that,” said Nabors. “I feel like that is where we failed before.”

Don’t get us wrong: She is 100 percent correct but … really?

Could the Smith campaign have chosen a more confusing endorsement to tout heading into the final weekend of campaigning?

Not surprisingly, the social media response to Nabors’ endorsement has been downright medieval in its brutality …

While we scratch our heads in utter befuddlement as to who thought this was a good idea, Hobart Lewis’ campaign has provided some drama to the waning days of the race, as well … specifically as it relates to a growing rift among some up-and-coming young libertarians responsible for his voter turnout efforts.

Mobilize the Message – a group which is affiliated with the Young Americans for Liberty organization – has been assisting Lewis in voter contact efforts. While this should be a fairly formulaic endeavor (knock on doors, politely hand some literature to a ‘target voter’ and remind them of when and where to vote), we are told the process has descended into chaos and vitriol. Specifically, some of the group’s staffers recoiled at the idea of undertaking late-night “lit-drops,” a.k.a. the flinging of political propaganda at people’s porches in the middle of the night.

“You had people’s motion lights going off, dogs howling, alarms beeping,” one source familiar with the situation told us. “They were doing more harm than good.”

The vitriol led to at least one firing, we are told …

Another source – who still staunchly supports Hobart Lewis’ campaign – told us these “outreach” efforts also failed to provide value to the candidate.

“The whole point of funding something like this is to have people make direct contact with the voters,” the source told us. “They are paying for the personal connection not the literature.”

The source expressed frustration that Lewis’ donors were getting “ripped off.”

Speaking of the delivery of propaganda, some of the Smith campaign’s latest missives have become … decreasingly subtle.

Yeah … so much for not naming names, right?

Although we suppose there is something to be said for letting it all hang out.

Ever since we busted the Greenville “God Cops” four years ago, this news outlet has been on the leading edge when it comes to covering law enforcement misconduct in the Upstate (including exclusive reporting on the Will Lewis saga, the Mauldin police drama and the recent scandal that led to the resignation of former city police chief Ken Miller).

So, count on us to continue holding those in authority in South Carolina accountable … no matter who they are.

No matter who wins or loses an election …

And no matter what anybody says about us in the process.

But by all means, keep those cards and letters coming …