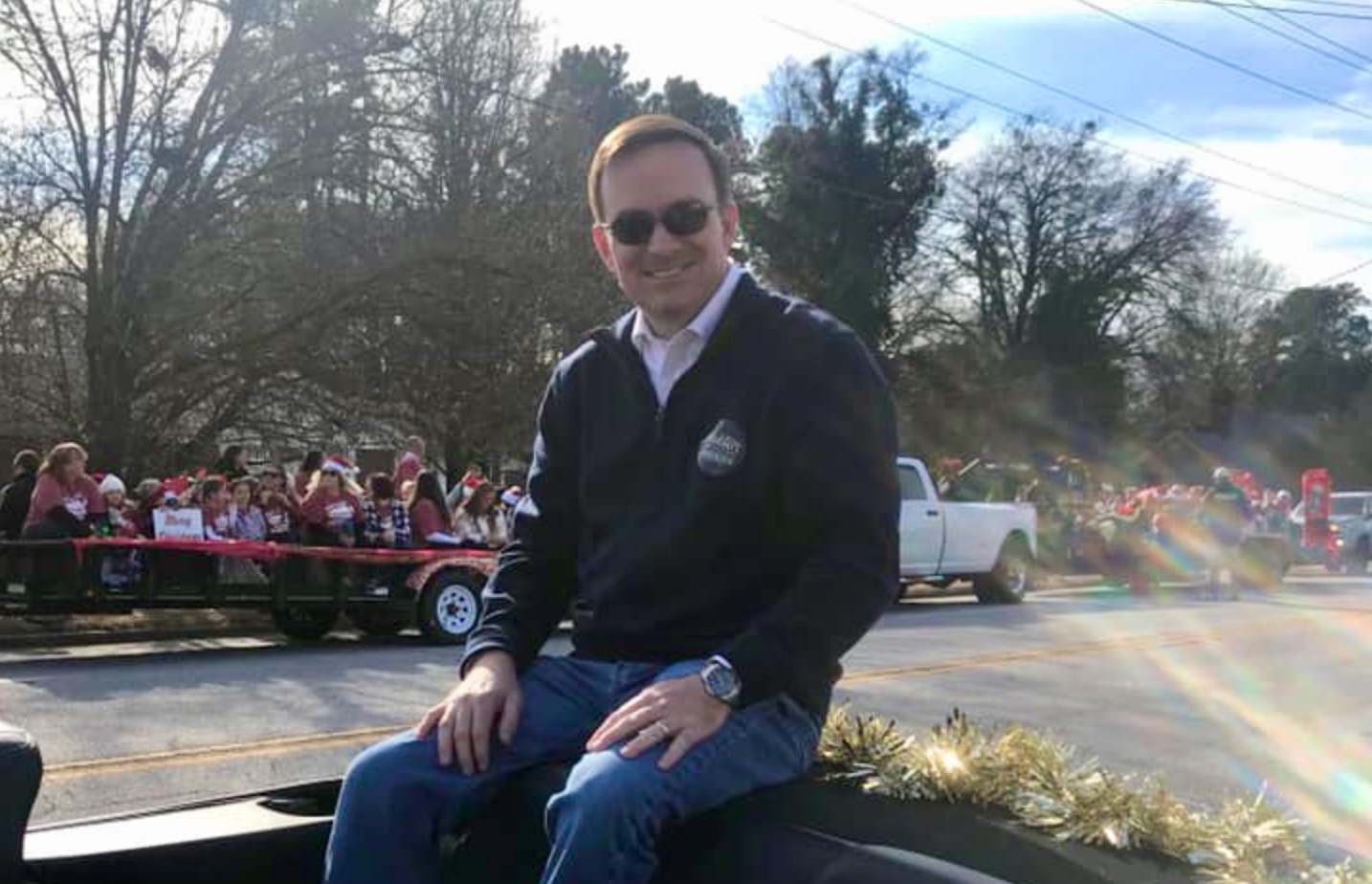 There was a brutal report in Thursday’s editions of The Greenville (South Carolina) News by reporter Conor Hughes assailing the record of local sheriff’s candidate Hobart Lewis – one of six candidates vying to fill the seat that was vacated by the conviction of former sheriff Will Lewis on a misconduct in office charge earlier this year.

According to Hughes’ report, Hobart Lewis – who finished in third place in the 2016 Republican primary for sheriff of Greenville – was “reprimanded multiple times” during his ten years as an officer with the Greer, S.C. police department.

Lewis was an officer in Greer from 1994 through 2004, at which point he ostensibly resigned “to work as an HVAC mechanic.”

A staunch social conservative, Lewis’ campaign Facebook page is peppered with references to his faith and his family – along with promises to “bring true, conservative leadership and genuine integrity” to the Greenville county sheriff’s office. During debates, he has repeatedly invoked his campaign for sheriff as part of “God’s plan” for his future – and one of his social media accounts references how he has been “called to serve in law enforcement.”

In filing for office last month, Lewis posted a picture of himself standing alongside his wife – noting that he felt “blessed by God to have my wife by my side for this special moment.”

Laying it on pretty thick, isn’t he?

This news outlet does not think less of candidates for making such religious pronouncements. Certainly, elected officials must draw a clear separation between church and state in discharging their official government duties, but candidates for office are well within their rights to invoke whatever conception of the Almighty they choose as a means of soliciting votes.

And while these socially conservative solicitations do not move the needle with us (we prefer to hear about qualifications and policy proposals), it could be argued such overtures are smart politics in Greenville county. The economic and cultural heart of the Upstate is home to a large evangelical population – one that turns out in droves to vote in Republican primary elections.

There is an obvious flip side to that coin, though. Staking out such positions can be fraught with peril – particularly if candidates who invoke their religion in search of votes have skeletons in their closets which potentially open the door to allegations of hypocrisy.

Does Lewis have such skeletons?

Hughes’ report noted that in 2002 Lewis was formally reprimanded by his superiors in Greer for making an “improper reference to portions of the female anatomy” while on the job.

This improper anatomical reference resulted in him participating in “mandatory sexual harassment training” prior to receiving an “oral reprimand.”

“I have certainly used some foul language when on a call or fighting with somebody or whatever,” Lewis told Hughes. “It’s never happened again.”

Hughes’ report also uncovered a 1999 reprimand against Lewis for “unsatisfactory job performance” despite the fact he previously received “multiple verbal warnings” related to this issue. That reprimand led to a two-day suspension.

Did Hughes’ miss Lewis’ biggest issue, though? According to our sources, yes.

Multiple Upstate law enforcement personnel have told this news outlet that Lewis’ departure from the Greer police department in 2004 may not have been completely voluntary – hinting at something the two-time candidate reportedly disclosed to his future superiors at the Greenville county sheriff’s office prior to being hired there in 2010.

“GCSO leaders were made aware of an acknowledged relationship between Lewis and a female subordinate at Greer,” a former sheriff’s office employee told this news outlet earlier this month. “They chose to ignore it and hire him anyway.”

The employee who put us onto this particular scent told us they reached out “because Hobart is doing all that Bible thumping.”

“You can’t do that when you have these types of skeletons,” the employee told us.

This news outlet has been provided with the name of the female officer with whom Lewis is alleged to have engaged in the improper relationship during his time in Greer, however we are declining to publish it at this time. According to our sources, the female officer acknowledged the alleged affair when she was hired by Greenville county prior to Lewis.

“She told them she had engaged in an affair with a sergeant at Greer,” our source said.

Regular readers of this news outlet are well aware we have broken many law enforcement sex scandals over the years – and we make it a point not to rush to judgment in covering any of them.

“What officers choose to do with other consenting adults on their own time and in the privacy of their homes is none of our business,” we noted.

Our only caveats? That officers refrain from bringing their affairs into the workplace – and that they not engage in affairs with subordinates.

Oh … and that they not be hypocrites about their conduct.

Stay tuned … we look forward to publishing several additional stories in the days ahead related to the candidates currently campaigning in the upcoming special primary election (including some curious contributions reportedly made by frontrunner A.T. “Tommy” Smith, widely believed to be the frontrunner in the race).

The first round of voting will take place on January 7, 2020. If no one garners a majority of the ballots cast in that race, a runoff between the top two GOP vote-getters would be held on January 21, 2020.

The special election itself is scheduled for March 10, 2020.