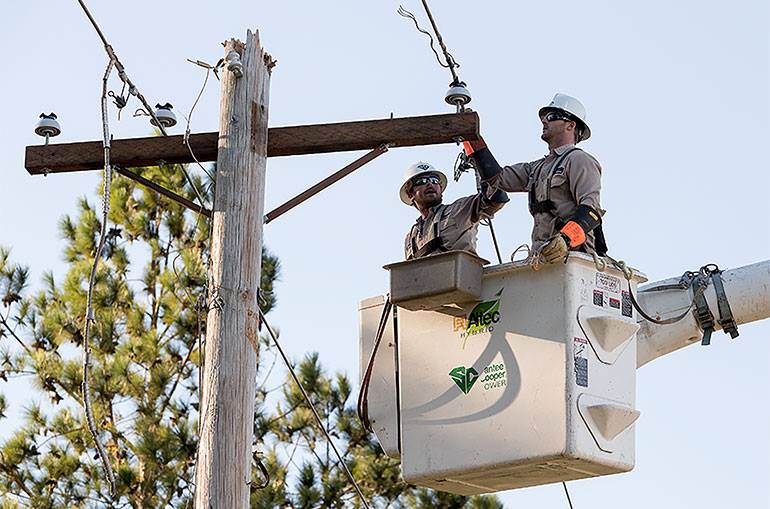 A so-called “compromise” to offload South Carolina’s spectacularly failed government-run utility Santee Cooper would provide the public with very little information regarding who wants to buy (or manage) the scandal-scarred entity – let alone how much they want to pay for it.

The Palmetto State has already undergone one secretive bidding process related to the contemplated sale of this toxic asset – now it appears poised to begin yet another.

Actually, this new process (which strikes us as yet another delaying tactic) will be even more secretive …

According to the deal struck by the S.C. Senate on Thursday, the S.C. Department of Administration (SCDOA) – part of the cabinet of governor Henry McMaster – would be tasked with reviewing “serious offers” to either purchase, partially purchase or manage the debt-addled utility.

After choosing what it believes to be the best offer, McMaster’s agency would submit this “winning” proposal to the S.C. General Assembly – which would then cast an up-or-down vote.

Will the public get to see the competing offers? No.

“Only the bid selected as best by (SCDOA) and remitted for consideration by the legislature is made public initially,” a senator familiar with the negotiations told us. “After for legislative votes ‘yes’ or ‘no’ on that bid, the others could be made public, I suppose.”

Given that state lawmakers have been negotiating behind closed doors for the better part of two years in an effort to undo a disaster of their own making … such a negotiating structure is completely unacceptable.

Santee Cooper is a state-owned asset, meaning conversations about selling it (or privatizing its management) – and the solicitation and review of proposals related to either idea – demand accountability. Unfortunately, such accountability will never be achieved without total transparency. Sadly, that concept continues to prove elusive in the corridors of power in Columbia, S.C. a decade after “Republican” leaders – led by former governor Nikki Haley – made it their watchword.

As we noted in our coverage yesterday, the consequences of this decision are significant for ratepayers. Not just Santee Cooper’s customers, either, but the hundreds of thousands of mostly low-income citizens getting squeezed on their power bills by a shady network of glorified middle men. You know … the electric cooperatives, who wield all sorts of self-serving influence over the future of Santee Cooper.

And who have McMaster in their hip pocket.

What happens to these consumers? The politicians cutting this deal don’t really seem to care …

Santee Cooper is suffering from debilitating debt – and staring down the business end of a federal investigation – following its starring role in #NukeGate, the botched construction of a pair of since-abandoned reactors at the V.C. Summer nuclear generating station in Jenkinsville, S.C.

In the summer of 2017 – just days before pulling the plug on this project (above) – the utility’s politically appointed board proposed fresh rate hikes related to the construction of these next-generation, pressurized water reactors. Shortly thereafter, Santee Cooper gave its former leader a multimillion-dollar, taxpayer-subsidized golden parachute – even though documents released in September 2017 showed he and others knew in 2016 (and perhaps earlier) that the project was doomed.

Also, the utility has been paying for this former CEO’s massive legal bills while helping subsidize golf tournaments, funding speculative “economic development” grants and doling out massive “retention bonuses” to its executives.

Insanity … yet as ratepayers are left in the lurch, lawmakers appear intent on perpetuating this mismanagement as long as possible (and protecting those responsible for it).

In fact, Senate majority leader Shane Massey said last week the state would “never” sell Santee Cooper unless the jobs and pensions of all its employees were “guaranteed.”

“We would never do that,” Massey said.

This news outlet told lawmakers to sell Santee Cooper back in 2008 when the utility could have fetched billions of dollars for the state and its citizens. Not only did they fail to listen, they went “all in” on their failed socialized power generation scheme.

Apparently, the only thing more braindead than government entering into such a short-sighted, mismanaged multi-billion dollar boondoggle is watching those responsible for it attempting to extricate themselves from the consequences of their terrible decision.

Bottom line? This process is not going to be pretty … which is probably why South Carolina politicians are trying to keep it as secret as possible.