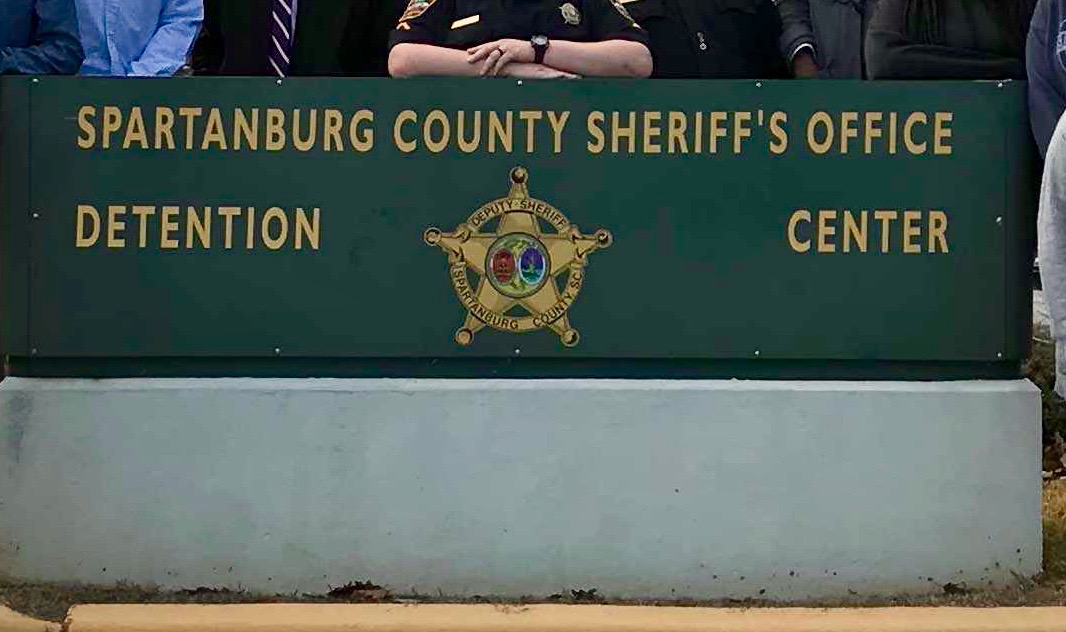 This time it involves a former employee of the county’s detention center, which is under the purview of Spartanburg sheriff Chuck Wright. Earlier this week, Wright landed in hot water for his comments regarding another former Spartanburg sheriff’s deputy who pleaded guilty to a domestic violence charge.

According to Wright, 41-year-old Gary Samuel Watson, Jr. – who police say choked his wife and child and pointed a gun at them – is “a really nice guy” who “just made a bad choice.”

Needless to say that remark went over … poorly.

This week, agents of the S.C. State Law Enforcement Division (SLED) arrested detention officer Kelvin Odias Washington and charged him with second degree criminal domestic violence in connection with an incident that occurred on May 2.

According to a probable cause affidavit for Washington’s arrest, the 50-year-old is accused of impeding his unnamed victim’s “breathing or airflow” and injuring her wrist during the incident.

Washington and his alleged victim “are defined as household members by cohabitation,” the affidavit noted.

SLED initiated its investigation at the request of the Spartanburg County sheriff’s office. Meanwhile, Washington was booked at the detention center where he previously worked.

According to a SLED news release, the case will be referred to the office of S.C. attorney general Alan Wilson for prosecution. As with anyone accused of committing any crime, Washington is considered innocent until proven guilty by our criminal justice system – or until such time as he may wish to enter a plea in connection with the charge filed against him.

As for Wright, we will have to stay tuned for his thoughts on the matter …

UPDATE: A week after this original charge was filed, Washington has now been charged with harassment.