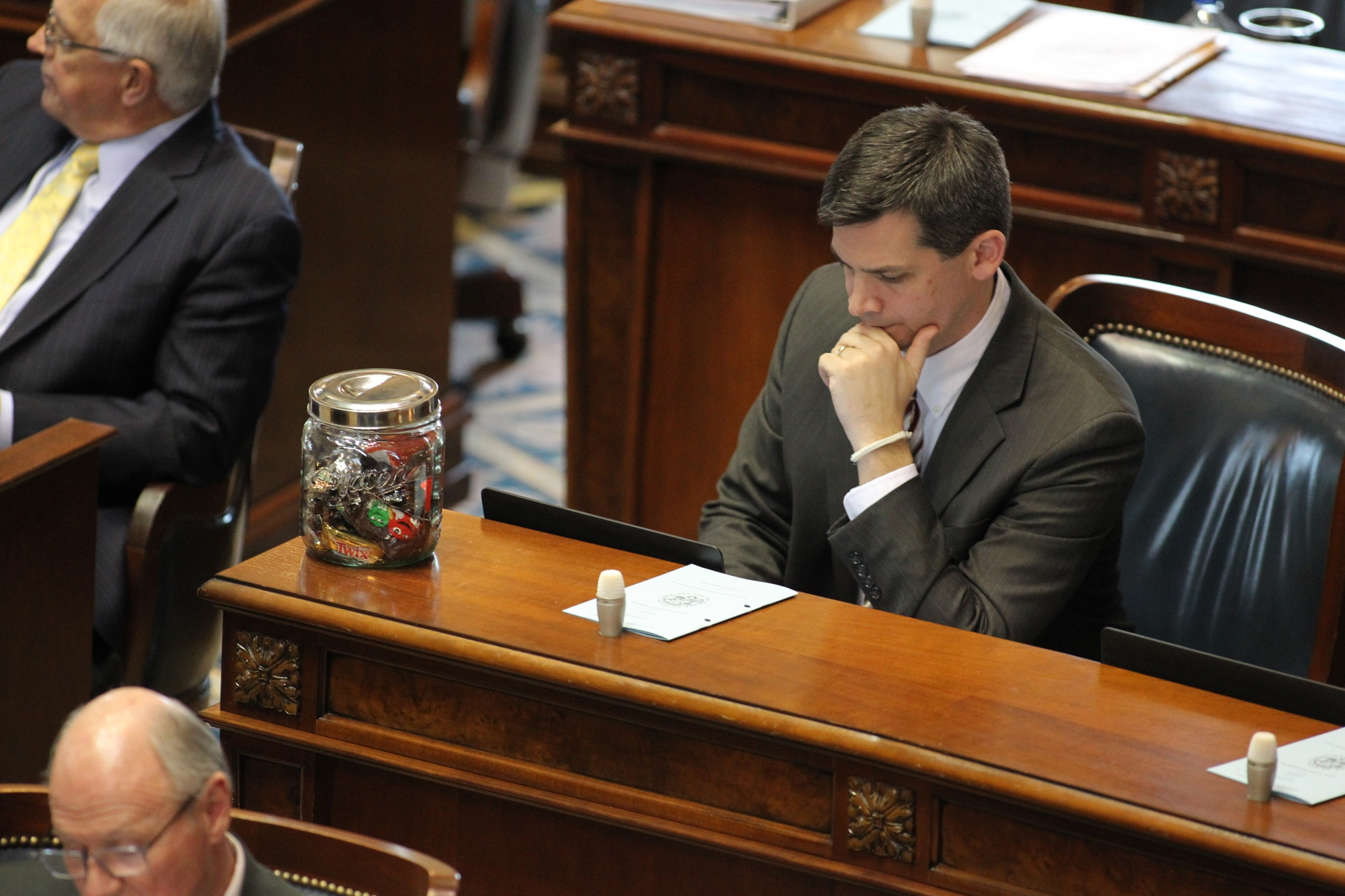 Actually he is still branding himself as such …

Never mind that Massey seems to be pushing an insider agenda in the ongoing battle for control of the Palmetto State’s multi-billion dollar energy industry – which is in a state of flux and turmoil following the $10 billion implosion of a government-driven nuclear power project (a.k.a. #NukeGate).

Massey’s impassioned advocacy during this debate – which he recently told a reporter has “consumed my life for the last year and a half” – may continue to be driven by unseen forces, but he has at least been relatively consistent.

Until this week, anyway …

As Massey continued his one-man crusade against Dominion – vilifying the company over its energy rates – he appears to have become a tacit supporter of massive rate hikes for Santee Cooper, the government-run utility at the heart of the #NukeGate debacle.

As we have previously reported, Santee Cooper – which is mired in #NukeGate debt – is unlikely to survive without significantly raising power bills on its consumers. In fact, the state-owned utility’s rates – and the rates of the regional electric cooperatives which receive its power – are the subject of considerable discussion right now as lawmakers (including Massey) toy with the idea of selling Santee Cooper.

Will they ultimately pull the trigger? We shall see …

Multiple offers for Santee Cooper have been submitted, and their viability could very well depend on Santee Cooper’s ability to raise rates. Similarly, if the utility is not sold then its scandal-scarred leaders have made it abundantly clear they are raising rates.

During an address to his colleagues on the floor of the Senate this week, Massey seemed resigned to the fact that Santee Cooper rate hikes were inevitable no matter who is in charge of the beleaguered utility.

“I understand from customers about this fear that they may jump up rates,” Massey said, referring to Santee Cooper’s stated intentions to raise rates by anywhere from 7-8 percent in the coming year.

He also made it clear that any investor-owned utility looking to purchase the debt-addled asset would likely raise rates above those levels.

“Heck, they may raise them even more than that,” Massey said. “And I think that is a legitimate fear because we don’t know what the details of the bids are.”

Of course Massey probably does know the details of the bids. After all, he acknowledged during his remarks this week that he is one of the state lawmakers conducting secret, offline negotiations with some of the investor-owned utilities interested in purchasing Santee Cooper.

So … is Massey falling on his sword to block Santee Cooper rate hikes the same way he ostensibly fought on behalf of SCANA-Dominion ratepayers?

No … in fact, during his speech on the Senate floor Massey seemed far more interested in saving the jobs (and the government-guaranteed pensions) of the Santee Cooper executives who landed the state in this mess. At one point, he even went so far as to say the state would “never” sell the utility unless those jobs and pensions were “guaranteed.”

Needless to say, Santee Cooper has a dubious history when it comes to rate increases. In the summer of 2017 – just days before pulling the plug on the #NukeGate project – its politically appointed board proposed fresh rate hikes related to the construction of its now-abandoned nuclear reactors. Shortly thereafter, the utility gave its former leader a multimillion-dollar, taxpayer-subsidized golden parachute – even though documents released in September 2017 showed he and others knew in 2016 (and perhaps earlier) that the reactor project was doomed.

Also, the utility has been paying for this former CEO’s massive legal bills as it stares down the business end of a criminal investigation. All while helping subsidize golf tournaments, speculative “economic development” grants and doling out massive “retention bonuses” to its executives.

Why on earth would lawmakers continue propping up such a corrupt entity?

“They haven’t done a whole lot to solve any of the problems,” Massey acknowledged this week, although he quickly admitted the utility was “paralyzed” based on legislative indecision regarding its future.

As we have said often throughout this debate, this news outlet is very much in alignment with where Massey claims to be coming from … even urging legislators to adopt a far harsher line than the one he proposed in their dealings with Dominion last year.

Furthermore, we only assented to the S.C. Public Service Commission (SCPSC)’s approval of the Dominion-SCANA deal once it became clear there was no better proposal on the table to extricate those ratepayers from the fallout from#NukeGate.

As for Massey? We find it unfathomable that a lawmaker could be so zealous in the ostensible defense of one set of ratepayers – yet adopt a tone of dispassionate resignation related to the fate of so many others.

Seriously: If only Massey were as invested on behalf of Santee Cooper ratepayers as he is on behalf of the utility’s incompetent bureaucracy.

Our advice to the majority leader? If you are going to brand yourself as a crusader on such a high-profile issue, you had better be prepared to go “all in” – wherever the issue may lead.

Selective advocacy not only fails to inspire public confidence, it fuels the speculation that Massey’s all-consuming #NukeGate advocacy is not on the up-and-up.

SC Trooper Shortages: By The Numbers