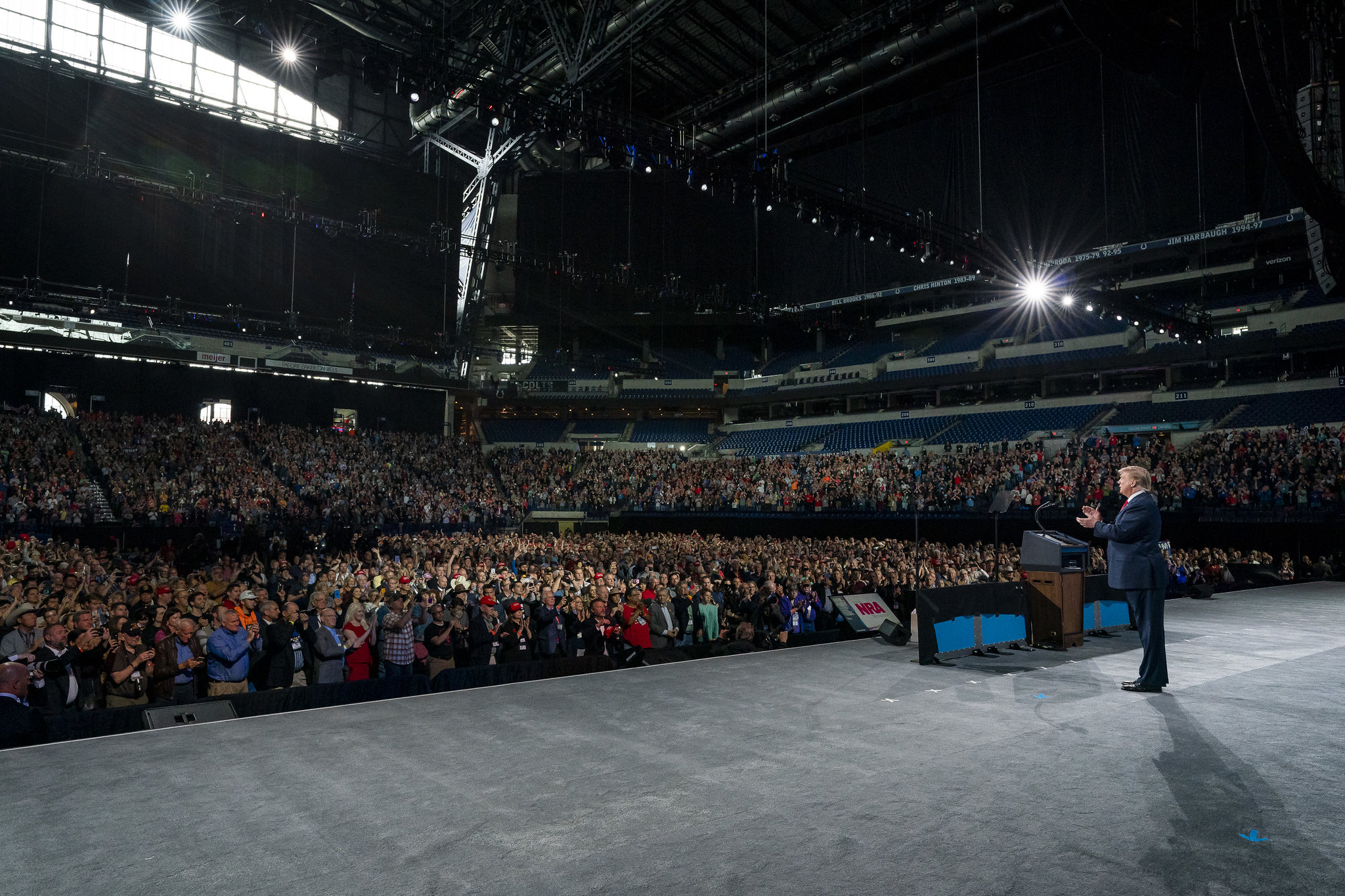 The presidency of Donald Trump has been a profound disappointment for those of us fiscal conservatives who believed his promises on taxes and spending.

On these bread-and-butter issues – which are so central to the sustainability and prosperity of our society – Trump has been no different than the two-party system he ostensibly overthrew in 2016.

When you stop and think about it, the broader litany of Trump betrayals is truly staggering: Endorsing the status quo GOP tax plan (which totally sold out the middle class), caving on offshore drilling, caving to the ethanol lobby, squirming on due process, having to be dragged kicking and screaming into the fight to fund his signature border wall, nominating a centrist squish as his second supreme court pick, cowering to the neoconservative warmongers on foreign policy … the list goes on and on.

Of course the biggest betrayals have come on spending, where Trump has waved the white flag not once, not twice but thrice – which is why his campaign promise to eliminate the national debt has morphed into the return of trillion-dollar deficits.

Don’t get us wrong: Trump has done some good things (particularly on trade). And so far he has managed to dodge the bullet economically. Also, every time we check in on the 2020 Democratic presidential primary (or listen to the latest from the lunatic liberal fringe in Washington, D.C.) we are reminded of just how much worse it could be without Trump in the White House.

But in endorsing Trump (twice) back in 2016, we were not choosing the lesser of two evils. We were not picking a president who was going to suck slightly less than his predecessors – we were picking one who was going to do better. We were choosing someone who, in the immortal words of Al Pacino from Scent of a Woman, was going to “take a flamethrower to this place.”

By “this place” we meant first the moribund GOP … then the fecund Washington swamp.

But after vanquishing every threat, overcoming every smear, surviving every conspiracy and storming the gates of the capital with a full head of populist steam, the sad reality is that Trump has become a swamp creature himself.

Which brings us to the ironic, infuriating parallel …

While Trump has been busy selling out, the disturbing duplicity of those seeking to unseat him continues to be peeled back – a most bizarre juxtaposition.

“An amazing parallel to ponder: The more we learn about the depths to which the establishment stooped in trying to take out Trump, the more a part of the establishment Trump becomes,” our founding editor Will Folks tweeted this week. “Bizarre. And disheartening … on both fronts.”

Folks’ tweet was in reference to the bombshell report published by The New York Times yesterday in which it was revealed the Federal Bureau of Investigation (FBI) sent an attractive undercover agent to a meeting in London with a senior Trump campaign advisor “as part of the counterintelligence inquiry opened that summer to better understand the Trump campaign’s links to Russia.”

Obviously we knew that already. We knew there was a coordinated effort by Democrats, Republicans, mainstream media, numerous corporate elites and (most frighteningly) the nation’s intelligence and law enforcement community to kneecap Trump before and after his election.

And yet still … the more we learn about how the status quo tried to take Trump out, the more status quo Trump becomes.

It is maddening. And it makes us ask a fundamental question: What was the point? Why go to the trouble of fighting (and defeating) the Washington machine only to bow to its demands like all the establishment politicians who preceded you?

Seriously: Is it all just a game?

Well, Donald? Is it?