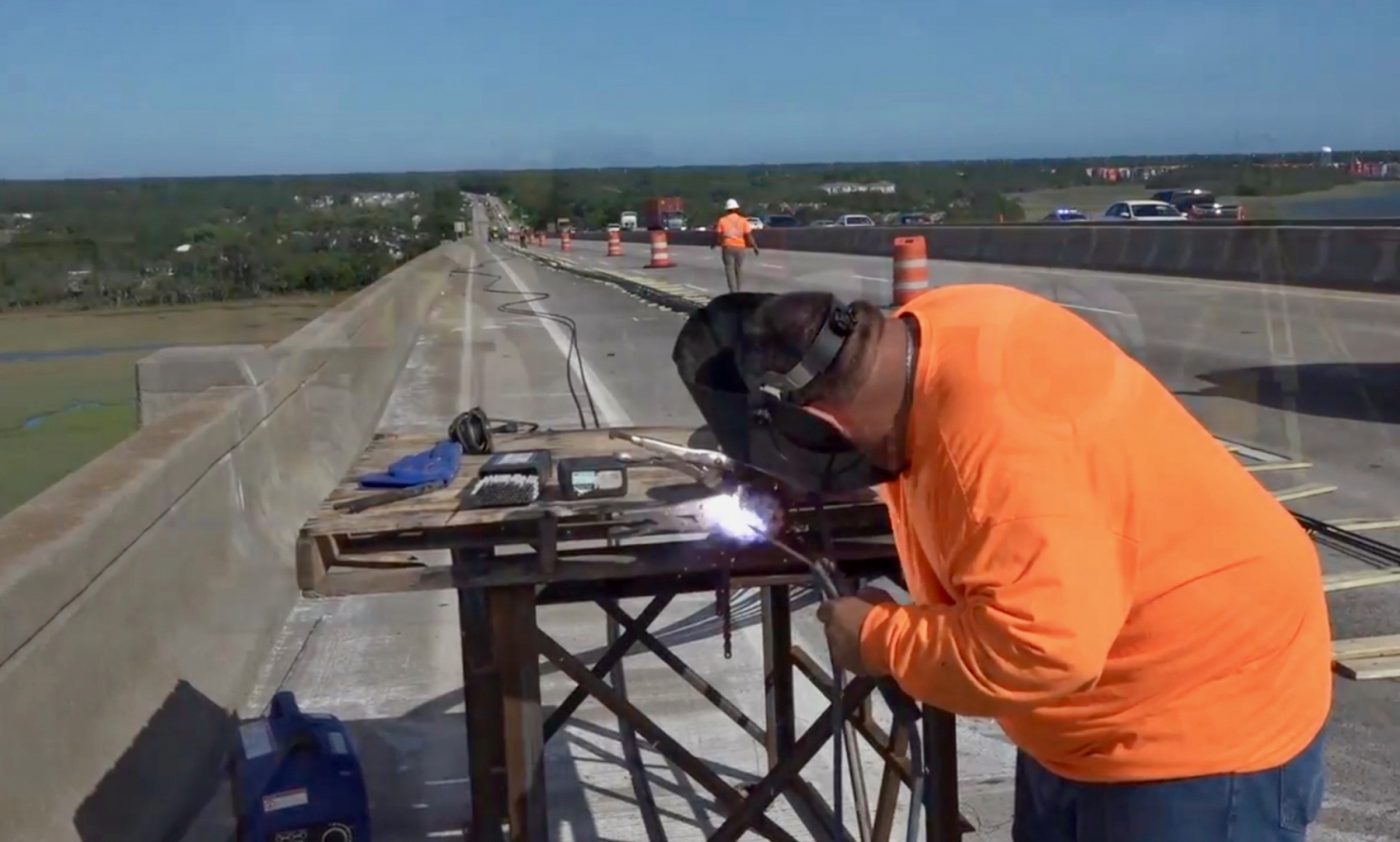 Another day, another report documenting the South Carolina Department of Transportation (SCDOT)’s negligence regarding the James B. Edwards bridge debacle – a.k.a. #Trafficmaggedon.

The Edwards bridge is a pair of segmented spans carrying Interstate 526 across the Wando River between Mount Pleasant, S.C. and Daniel Island, S.C.  The westbound lanes of this vital Lowcountry traffic artery – which carried tens of thousands of vehicles per day – have been shut down owing to concerns over the bridge’s structural integrity.

As noted in our prior coverage, the cables of the Edwards bridge have been weakened over time as a result of “corrosion due to salt air.”  Specifically, this corrosion is said to have been the result of unsealed ducts – which allowed water and salt (from bridge de-icings) to seep into the protective casings of these cables.  One of the cables snapped in October 2016, prompting SCDOT to conduct more extensive monitoring of the bridge – and to limit traffic over the span.

Last Monday, one of the bridge’s eight main tendons snapped – along with one of its eighty-four secondary cables.  Meanwhile a third cable showed signs of damage due to corrosion.

Earlier this month, our news site published a pair of articles detailing “what SCDOT knew … and when” about the various problems with this bridge.  In the first article, we revealed that engineers at SCDOT had reportedly been briefed on issues with the bridge’s cables as far back as the fall of 2010.  Meanwhile in a follow-up report, we revealed SCDOT had concerns about the cables dating back to 2002 – when it sought federal funding for a program aimed at “inspecting the strands for breakage.”

Subsequent reports from mainstream media outlets have confirmed the veracity of our reporting – and this week, more evidence has emerged indicating SCDOT knew this bridge was in serious trouble years ago.

According to reporters Anne Emerson and Drew Tripp of WCIV TV-4 (ABC – Charleston, S.C.), SCDOT “was aware of and documenting problems with the Wando bridge” back in 2012.  How do they know this?  Apparently the bridge was part of a study prepared by the civil engineering department at Clemson University.

Specifically, the Clemson report indicated that previous SCDOT inspections had revealed “improper grouting of the ducts that encase the tendons” as well as “leaky bridge joints,” “clogged drainage holes,” “cracks in the piers that support the bridge” and “debris in the voids of the concrete foundation boxes … where the main cables are housed.”

SCDOT says it will have the bridge open to traffic again by June 11, but many local officials believe its “quick fix” – replacing one of the damaged cables – fails to address serious structural concerns.  One of those officials – state senator Larry Grooms – says the bridge may even need to be replaced.

Another lawmaker, state representative Nancy Mace, has been pressing SCDOT for answers on the bridge – which is located in her Lowcountry district.

In a letter to SCDOT secretary Christy Hall last week, Mace said the most recent cable failure has given her “significant pause regarding the long term health of the bridge.”

According to our sources inside SCDOT, the agency was warned by federal officials about the bridge’s safety before the most recent incident.

Specifically, SCDOT is said to have received a verbal recommendation from the Federal Highway Administration (FHWA) to close the bridge prior to the most recent cable failure – but agency officials “ignored (the) recommendation.”

Both SCDOT and FHWA have disputed that account – and SCDOT has flatly denied it in conversations with local officials.

Of course the agency’s track record when it comes to honesty and transparency leaves a lot to be desired … always has.

“It was a direct recommendation in a meeting,” our source said of the FHWA recommendation.  “They are hiding it.  Just like they were hiding the 2002 report and other items.”

SCDOT may also be rushing to re-open the Edwards bridge before it is ready.

According to our agency sources, the scheduled re-opening date of June 11 is based on fixing one tendon when “there may be more tendons that will need to be replaced.”

“They will have more problems down the road,” our source said.  “I have been inside the bridge.  Some (tendons) are encased in concrete so you don’t know if there is corrosion.”

Hopefully Hall will focus her energies on addressing the long-term health of this bridge … as opposed to continuing an internal investigation aimed at outing whistleblowers.

Hall was appointed (over our objections) in October of 2015 by former S.C. governor Nikki Haley – her old college roommate at Clemson.  For the past year-and-a-half, she has served under governor Henry McMaster, who boasted of his leadership of SCDOT during a recent “Republican” gubernatorial debate.

Stay tuned … we suspect much more information will be coming out about this bridge (and other botched infrastructure projects) in the weeks and months to come.