by LAIRD MINOR || On Wednesday, May 23, the South Carolina Supreme Court issued an important decision concerning the state’s Freedom of Information Act (FOIA).  The case, called “DomainsNewMedia.com, LLC v. Hilton Head Island-Bluffton Chamber of Commerce,” concerns whether the local Chamber of Commerce, acting as a “Designated Marketing Organization” for the Hilton Head area and receiving a significant amount of Accommodations Tax revenues for that purpose, is subject to FOIA.  Overruling the decision of the trial court, the Supreme Court held that it is not.

We believe that the Court’s decision (.pdf) was fundamentally wrong.

The South Carolina Public Interest Foundation (SCPIF) was not involved in this lawsuit.  However, we have been monitoring it closely because FOIA issues constitute an important part of our mission, and FOIA cases comprise a significant portion of our litigation history.

There is no dispute over whether a public body is subject to FOIA – clearly it is.  This case turned on the question of whether, under these particular circumstances, the local Chamber was in fact a “public body.”

Justice John Kittredge, who wrote the majority opinion, opened the substantive portion of his opinion with the following statement: “We are presented with the following question – did the legislature intend that the Chamber be a public body for FOIA purposes due to its receipt and expenditure of accommodation tax funds?”

When you ask the wrong question you’ll usually get the wrong answer.  The proper question, and the question actually presented to the Court, was whether the FOIA statute applies to the Chamber of Commerce.  Legislative intent does NOT enter into it.  This is purely a question about the language of the statute, and it was improper for the Court to inquire into legislative intent.

It is a fundamental principle of statutory construction that the language of a statute must stand on its own and be given its plain meaning if at all possible.  Inquiry into “legislative intent” is appropriate only where that language is unclear or ambiguous.  (As a corollary, a court may not stretch to find ambiguity where none exists).  That was the issue presented here.  The trial court correctly read the clear words of the FOIA statute and found the relevant Chamber to be a “public body.”  For the Supreme Court to resort to inferring (and, indeed, inventing out of whole cloth) legislative intent is error.

Once the Court started down that rabbit hole it ended up searching in the minutia of the 2012 budget bill, and an obscure Proviso buried deep within it, for hints as to that elusive “intent.”  It was a fool’s errand, improper as well as wholly unnecessary.  But it seems that a majority of the Court had decided in advance upon the answer it wanted to reach, and then worked to craft a plausible justification for it.  This is not the way the judicial process is supposed to work.

Furthermore, the FOIA law is “remedial” legislation, designed to be conducive to the public good by filling a gap in the law or improving a given condition.  As such, the courts are required to interpret it liberally.  A tie works in favor of disclosure; there is no presumption in favor of the government.  The Court got that part wrong, too.

The only member of the Court who properly applied the rules of statutory construction was Justice John Few, who wrote the lone dissenting opinion.  His analysis is exactly correct.

The Supreme Court was simply wrong.  Furthermore, it badly misinterpreted its own precedent, “Weston v. Carolina Research Authority,” a seminal 1991 case which dealt with this very issue.  Unfortunately, this error is likely to have serious ramifications in the future.  Several Chambers of Commerce are Designated Marketing Organizations, and the public’s ability to inquire into just how they are spending millions of dollars of A-Tax money has been sharply curtailed.  Other organization receiving public monies might also fit into the extra-legal exemption which the Supreme Court has carved out here.

The citizens of South Carolina should be deeply concerned about this decision.  We could be witnessing the beginning of a judicial erosion of the protections FOIA was intended to afford us.  The only solution will probably be a legislative one. 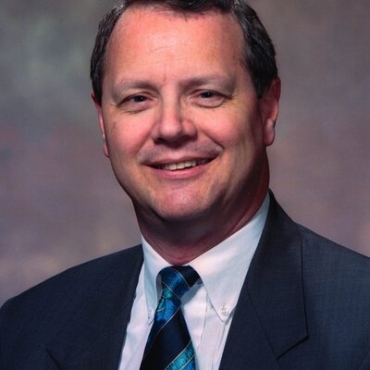